In the months leading up to the event United Pork Americas, Pig Progress takes a deep dive into pig-producing countries in the Americas. What is pork production like in the various countries in both continents, and what are the perspectives for development? Today: a closer look at Costa Rica.

Costa Rica’s pig production has been advancing in volume, health status, techniques, markets and consumption per capita since the year 2000, but farmers fear foreign competition due to their particular high production costs at domestic market.

The pace speeded up particularly after the World Organization for Animal Health (OIE) recognised Costa Rica as free from Classical Swine Fever (CSF) in 2018. According to official data, there were 14,355 pig farms in 2014. From this total, 82% were small farmers, with less than 10 animals. Nonetheless, 80% of production comes from larger ones.

In recent years, the Costa Rican pig sector tended to increase its average farm size. Farmer efforts have led to the adoption of more technologies. A clear example is investment in better genetics that has contributed to producing more and higher quality meat. 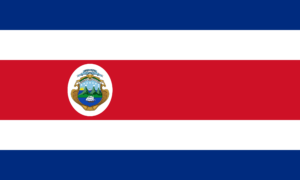 The main producing cantons are San Carlos, Alajuela, Cartago and Pérez Zeledón. Those areas supply an increasing internal consumption that already surpassed beef for reasons of quality improvement, the diversification of cuts as well as cheaper prices.

This level is just under chicken meat in the country but above per capita pig consumption in neighbouring countries like Panama, Honduras, Guatemala, Nicaragua or El Salvador. Costa Rica counts just over 5 million inhabitants and its main economic activity is tourism.

In terms of international trade, free trade agreements with more than 50 countries have fostered competition for Costa Rica’s market. For instance, producers must compete with world-class pig processors from Canada, the United States and Chile.

Due to that, imports jumped up 75.1%, from 5,151 tonnes to 9,024 tonnes, between 2010 and 2020. That situation motivated many pig farmers to call for measures against imports due to high costs of local production.

On the other hand, many of them see the Free Trade Agreements as an opportunity to export to high-value markets such as Hong Kong, South Korea, Japan and China. Despite the green signal to go ahead, the last data available show that there is a lot of work to be done. In 2018, Costa Rica shipped no more than 500 tonnes. 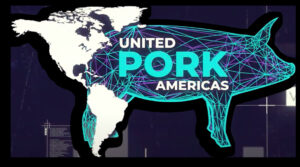 This country focus is the 10th in a series reflecting on pig production in various countries in North and South America, looking ahead to the event United Pork Americas. This event, consisting of a congress and a trade show, aims to connect swine producers, veterinarians and the industry from all over the Americas. It will be held from 7-9 September 2022 in Orlando, FL, United States – postponed from April 2022. Pig Progress will also be present at the event as a media sponsor. Earlier episodes discussed pig production in Argentina, Bolivia, Brazil, Canada, Colombia, Mexico, Peru, Uruguay and the USA.