A healthy appetite for pork in Mexico

In the weeks and months leading up to the event United Pork Americas, Pig Progress takes a deep dive in pig countries in the Americas. What is pork production like in the various countries in both continents and what are the perspectives for development? Today: Mexico. 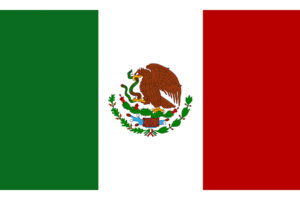 A growing number of pigs

Pigs imported primarily from the US

It is forecast that swine imports will reach 30,000 head in 2022. Swine producers primarily import breeding sows to preserve and improve herd genetics and to maintain disease-free recognition. The US is expected to remain Mexico’s leading live swine supplier, with Canada as the only other provider. Swine producers in the states Yucatán and Puebla are expected to be the primary destinations. In terms of exports, Mexico’s swine production cannot meet growing domestic demand, so the country does not have the capacity for live swine exports.

Pork is the second most popular animal protein in Mexico, following chicken. Consumer demand for pork is on the rise despite higher retail prices, and consumption is expected to expand to 2.13 million metric tonnes carcass weight equivalent (CWE) in 2022 (up 1.9% from 2021). Mexico’s largest pork processors are therefore expanding production capacity, which is expected to reach 1.54 million metric tonnes CWE in 2022 (up 3% from 2021).

Pork prices have been pushed to records following lower-than-expected supplies in 2020 and gradual economic recovery in 2021. Over the first 7 months of 2021, retail pork prices rose about 17% year-over-year, which is the highest price spike since 2014.

Mexico’s pork exports in 2022 are expected to remain unchanged from 2021 at 390,000 metric tonnes CWE due to robust export demand in Asia and the Americas. Mexican exporters’ most lucrative markets are high-value loin shipments to the US and specialty-trimmed cuts to Japan and Korea. With duty-free access to the US, Mexican pork exports to the country grew at a 23% compound annual growth rate (CAGR) from 2017 to 2020 while exports to Canada grew at a nearly 15% CAGR. Year-over-year Mexican pork exports to Canada, Guatemala, and South Korea accelerated in 2021, reaching all-time highs.

Mexico’s swine sector is forecast to consume about 17% of total domestic compound feed production of 40 million mt in 2021. Feed represents nearly 75% of the total production cost of pigs for slaughter, and because Mexico depends on feed imports for its livestock sector, foreign exchange exposure and grain price volatility remain significant risks.

Among higher-income consumers, plant-based meat alternative proteins are a growing area of interest, and in October 2018, DuPont opened a meat application centre in Mexico City to refine plant-based protein products for the Latin American market. Mexico’s strong culinary association with meat and traditional flavours means that plant-based proteins will need to closely resemble the taste, texture, and aromas of conventional animal protein to compete in the retail market. Additionally, most plant-based meat alternatives currently remain too expensive for most Mexican households.

This country focus is the 2nd in a series reflecting on pig production in various countries in North and South America, looking ahead to the event United Pork Americas. This event, consisting of a congress and a trade show, aims to connect swine producers, veterinarians and the industry from all over the Americas. It will be held April 19-21, 2022 in Orlando, FL, United States. Pig Progress will also be present at the event as a media sponsor. An earlier episode discussed pig production in Uruguay.