In the weeks and months leading up to the event United Pork Americas, Pig Progress takes a deep dive in pig countries in the Americas. What is pork production like in the various countries in both continents and what are the perspectives for development? This first edition zooms in on Uruguay.

Uruguay is known globally and has a long beef tradition, but what about pork? The pleasant country in the south east of South America sustains a small production, around 13,000 tonnes per year, and low levels of per capita consumption at 16.6 kg annually. 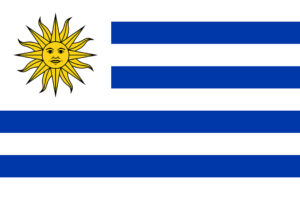 Uruguay’s pig production has been decreasing over the last decade. Data from the Uruguayan Ministry of Livestock, Agriculture and Fisheries showed that, in 2012, the country produced 17,223 tonnes of pork and, year-on-year, those numbers have been declining to the current level of 13,000 tonnes.

The origin of that amount is almost entirely from Brazil (97%), with the remaining few percent hailing from Paraguay, Spain, Denmark, Chile and Argentina. For all those pig meat imports Uruguay paid US$ 91.5 million, at a price of US$ 2,497 per tonne in 2021. The preferred cut is pork shank, which represents about two-thirds of the total.

The highest concentration of those farms is in the south of the country, especially in the departments of Canelones, San José and Colonia, which are home to about the half of pig inventory.

When analysing the potential of Uruguay’s pig sector, Luis Pedro Elhordoy, president of the South West group of Pig Producers, highlighted that pig production is the 2nd most important agro-economy on the planet and it would be a “luxury” for Uruguay to have a targeted and profitable production.

To the local newspaper La Mañana he said, “It is hard to think that, being a livestock and agricultural country, we cannot use a source of wealth as important as pig production. This sector could create labour for the people. Instead of being an exporting country we are an importer.”

Elhordoy added that there is no plan for that and Uruguay needs a national plan, despite some interest expressed by the country’s president, Luís Lacalle Pou. Elhordoy concluded, “Due to that, it is difficult to move forward.”

This country focus is the 1st in a series reflecting on pig production in various countries in North and South America, looking ahead to the event United Pork Americas. This event, consisting of a congress and a trade show, aims to connect swine producers, veterinarians and the industry from all over the Americas. It will be held April 19-21, 2022 in Orlando, FL, United States. Pig Progress will also be present at the event as a media sponsor.