Colombia: Pig production and consumption on the rise

In the weeks and months leading up to the event United Pork Americas, Pig Progress takes a deep dive in pig countries in the Americas. What is pork production like in the various countries in both continents and what are the perspectives for development? Today: Colombia.

Colombia’s pig industry increased its production 140% between 2010 and 2020, and was about to record a new peak last year. Until November 2021, the country produced 442,153 tonnes, the highest amount ever for the first 11 months, according to the country’s pork organisation PorkColombia.

The entity shows, however, that Colombia is still a significant importing market. During the first 11 months of 2021, the country imported 109,066 tonnes of pig meat to feed its 50.4 million inhabitants. 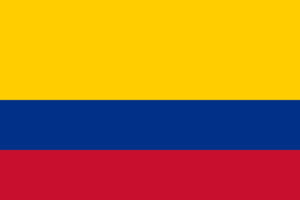 Colombians are not the most enthusiastic consumers of loins, bacon, ham, legs and ribs. Pork consumption was around 11 kg per capita in 2020. However, that is a considerable increase when compared to 2010, when this was less than half (4.8 kg).

The growth of Colombia’s pig sector reflects efforts to improve quality and meet international standards. Internationally, the country has found a pig production partner to accelerate that development. Ever since 2016, Denmark has been cooperating with Colombia, spending over US$ 13 billion through a bilateral cooperation project, based on the transfer of innovation and knowledge to the Colombian pig sector.

The commitment of the Danish government has been to strengthen the official veterinary services in Colombia, so that the country can position itself as a reliable and competitive producer, with a view to reaching international markets.

For instance, the Colombian Agricultural Institute and PorkColombia carried out a vaccination campaign against Classical Swine Fever (CSF) through different municipalities in selected regions.

6 Colombian regions account for 95% of the pig production. From large to small, those are Antioquia, Valle del Cauca, Cundinamarca, Meta, Risaralda and Atlántico. That does not mean however, that producing pigs has been smooth sailing in in Colombia.

In 2021, political uproar affected the pig supply chain all over the country – it was the third major uprising against Ivan Duque, president of Colombia, since 2018. In April and May last year, protestors blocked crucial roads and there was news of dead animals due to a lack of feed. The situation was worst in the regions Cali and Valle del Cauca, but Santander, Antioquia and Atlántico had shortage too.

Production costs have soared all over the world, and in Colombia as well. Corn prices, for example, jumped 37.4% between November 2020 and 2021, according to PorkColombia. In the same timeframe, pig meat prices paid to farmers rose by 30.3% for farmers.

This country focus is the 4th in a series reflecting on pig production in various countries in North and South America, looking ahead to the event United Pork Americas. This event, consisting of a congress and a trade show, aims to connect swine producers, veterinarians and the industry from all over the Americas. It will be held April 19-21, 2022 in Orlando, FL, United States. Pig Progress will also be present at the event as a media sponsor. Earlier episodes discussed pig production in Uruguay, Mexico and Canada.