Why producing pigs  in China is a big challenge

The Chinese love pork – and in the future, more Chinese will love even more pork. With many limiting factors, it is not hard to predict that pig production in China in the near future is going to become an increasingly difficult job. What challenges lie ahead?

The pig industry is considered of national importance to the Chinese economy. Pork production in China, however, is facing enormous challenges, and as a result, the Chinese government is forced to implement changes to guide the industry to the future. The origin of these challenges lies in the balance between the limitations of the available water and land, suitable for agriculture in general (Figure 1), the still enormous importance of backyard pork production and the steep rise in the level of urbanisation. Pork production in China is enormous in numbers and in percentage of total meat consumed. In 2012 it was estimated that 50.7 million breeding sows and 470 million pigs were present in China. In 2012, the country’s pork production amounted to 53 million tonnes – compare this to the total meat production, which was 84 million tonnes.

Within a relatively short period of time, the rapid urbanisation process will force the majority of pork to be raised by industrialised pork producers, replacing backyard production. Commercial producers will feed the rapidly growing urban population who will purchase their ready-to-cook, pre-packed pork in local supermarkets. This rapidly growing urban population will also require vegetables and rice and water for domestic purposes, to go with their pork.

It may not come as a surprise that Chinese businessmen have been exploring opportunities to acquire companies to produce basic food requirements outside of China. They could then export these food materials to China. Shuanghui purchasing Smithfield Foods is a good example of this development. Figure 2 (see next page) shows the potential of such a takeover. It involves around 24 million USA produced swine carcasses annually.

The Chinese government has announced changes that will affect their pork producing industry. By 2016 the Chinese are planning to have at least a 100 breeding farms enrolled in their National Nucleus Breeding Farm  programme, to improve the performance of their breeding farms. This is without neglecting their genetic potential present in their national breeds of which the Meishan breed is a good example.

Another, and potentially major, new announcement of the Chinese authorities relates to the proposed regulations to the environmental impact of pork production.

With pollution in general being one of the bigger concerns in China, this new path to follow will for sure lead to an increase in production costs. As a consequence a certain number of small producers will be forced to step out of the pork business. This in turn will lead to a higher percentage of pigs that are kept on industrialised pork producing facilities, accelerating the consolidation in the swine industry in China. Relatively small changes can be the origin of major shifts in the number of farms and the number of pigs per farm. All around the world we have seen the domino effect of this type of ‘minor’ changes.

PRRS virus is very commonly present in China and is causing a variety of different clinical problems. Dr Qigai He, College of Veterinary Medicine of the Huazhong Agricultural University in Wuhan, spoke about this topic at the latest Asian Pig Veterinary Society (APVS) congress in Ho Chi Minh City, Vietnam.

The main consequence of a PRRS virus infection, he said, is the immune-deficiency that pigs are suffering from when infected with PRRS virus leading to an increase in secondary (both bacterial and viral-) infections. In fact, in the beginning, when the High Pathogenic PRRS (HP-PRRS) virus was devastating the pork industry in China (see Figure 3), all kinds of other different pathogens were isolated apart from PRRS virus. This high level of co-infections was also the reason for many discussions in that period and the reason for the prolonged time required to find the real cause of the problem.

Scientific work by Baoqing Guo and Kelly Lager, in 2012, using reverse genetics to restore the original HP-PRRS field isolate, clearly showed the immune-suppressive characteristics of that original isolate. In these experiments, they also could show that the challenged pigs eventually died of infections with pathogens that were naturally present but harmless in immunologically normal or competent pigs.

Vaccines are only allowed to be used on farms where PRRS virus is known to be present. Live vaccines are preferred, as inactivated vaccines have failed to show efficacy under Chinese conditions. More and more farms aim to rely on biosecurity.

Classical Swine Fever (CSF) or hog cholera control is making great progress in China, according to Dr Qigai He. All vaccines used are based on the C-strain and are either produced on cell culture or still making use of rabbit-derived material. Also an ST cells based vaccine is available. With African Swine Fever (ASF) only a doorstep way, effective CSF vaccines are important to exclude CSF virus infections. This helps identifying a potential ASF infection more rapidly.

Viral diarrhoea in piglets of three to ten days old, leading to high mortality figures, is regarded as a major problem in China. PED virus was frequently seen in these outbreaks but also TGE virus and Rota virus.

Foot-and-Mouth Disease (FMD) virus will continue to be a major threat to the Chinese pork industry. With so many FMD infected countries bordering China and with so much cross-border trade, new introductions and infections appear unavoidable.

Bacterial diseases are often secondary in importance to viral infections. Main attention goes to Haemophilus parasuis infections and of course to Streptococcus suis because of its zoonotic aspects and the human casualties that were seen recently.

For Actinobacillus pleuropneumoniae, serotypes 1, 2, 3 and 7 are most frequently reported. It is stressed that housing conditions, poor ventilation, lack of all-in/ all-out management and overcrowding are considered to be the main reasons for App infections to occur. Another major concern to pork producers, veterinarians and regulatory officials is the failing of antibiotic treatments due to increasing resistance problems.

The enormous importance of pork
production to China is reflected in the vast number of grants, research projects and other activities developed by the government to support the industry. At agricultural universities, numerous R&D projects are underway aimed at improving diagnostics, making better vaccines, etc. The lack of arable land and water, environmental problems, a growing demand of an ever-increasing urban population might force the  government to shift their focus a bit and allow for a part of their pork demand to be imported.

This will solve some of China’s land, water and environmental problems and will allow more regular supplies in the supermarkets should a new episode of HP-PRRS virus infection occur. The impact on local pork prices in these exporting countries is subject to  speculation. One thing is sure, however – a small percentage for China is a giant amount for mankind. 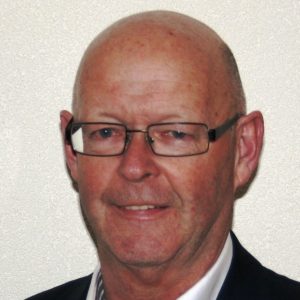