Protease: Ready for the post-antibiotic world

Enzymes are usually classified by those substances they can split – therefore, proteases have the capacity of breaking down proteins. In a world with a growing usage of alternative feed ingredients, and attempts to reduce the ecological footprint, proteases are an interesting option.

Protease is a very modern feed additive that supports better nutrition, health and environmental conditions in pig production, helping to fill the gap created by reduced use of antibiotics in pig feed. Only now, is its full value being revealed and, much like the evolution of the phytase market, the industry is realising increasingly that it has an enzyme with multiple benefits.

Why nutrition, health and environment? They are closely interrelated through the mode of action of protease. Nutritional benefits are based firmly in the industry’s well-established understanding of digestible amino acids, both in terms of animal requirements and availability from feedstuffs. Formulating accurately with protease, in combination with synthetic amino acids, optimises dietary energy, performance, nutrient overage and environmental waste, and controls feed costs. Health benefits are linked to the potential to reduce dietary protein levels and therefore reduce the level of undigested proteins in the hindgut, see also Figure 1.

Figure 1 – Protease has multiple benefits that reduce costs and support pigs to grow better and healthier.

Excess protein is a fermentation substrate that may produce breakdown products such as phenols, amines, ammonia and indoles that in turn increase the pH, which are all undesirable outcomes. Likewise, anti-nutritional factors (ANFs), such as trypsin inhibitors, might set up conditions to predispose the growth of C. perfringens. Higher ammonia levels in animal buildings could predispose animals to risks of respiratory disease. None of these risks are new. What protease allows is for more effective improvements to nutritional management, thus mitigating the risks and particularly in the ‘post-antibiotic environment’.

This comprehensive approach has been estimated to reduce feeding by more than 4.6% and additionally, nitrogen and phosphorus excretion by more than 38%. Professor Gerald Shurson, University of Minnesota, stated at the Nutritional Efficiency Consortium in 2012, that feed represents 65-70% of the total cost of production and energy represents 86% of the cost in swine diets. Controlling excess protein in feed also controls the addition of excess energy that otherwise would be used to excrete the excess nitrogen.

In order to limit feed costs, the long-term growth in alternative feed ingredients, generally by-products or coproducts, will continue. These ingredients introduce more risk and variability into feed formulation and consequently there may be some unwanted outcomes, such as less efficient production and more environmental pollution. To square this circle, additives are being used increasingly to help the drive towards more efficient feed use.

An additional benefit of protease is in reducing the negative effects of antinutritional factors (ANFs), such as trypsin inhibitors, on the efficiency of production. A further outcome, therefore, is that, for example, gut mucin production may be reduced so that absorbed amino acids are used for useful protein building through lean gain or milk production and not for unnecessary production of intestinal mucin protein. Mucin production also uses energy that would otherwise be supporting protein building. Consequently, energy is used more efficiently, which makes this a doubly valuable result.

The greater the level of undigested protein, as measured by the level of digestibility of amino acids, the more variability a particular feedstuff will exhibit.

Variability in amino acid digestibility is common to and normal in all feedstuffs, although its level will differ between feedstuffs. Both the percentage content and coefficient of variation (CV) of digestible lysine and methionine from commonly-used feedstuffs are shown in Table 1, indicating that the range may be wide and cannot be ignored.

Databases may show variability as +/- one standard deviation (SD). It should be noted that one SD accounts for only 68% of the variation of the samples of a feedstuff, assuming normal distribution around the mean. An example is the range of amino acid variability in corn samples (Table 2).

Lysine is shown to have a potential concentration of between 0.21% and 0.24% in 68% of the samples (+/- one SD). Another way of presenting the data would be that lysine has amino acid concentrations below 0.21% and above 0.29% in 32% of the samples, the actual levels being unknown. This is an unacceptable degree of uncertainty for precision feeding.

Digestible energy improvements are notable, ranging from 77 kcal to 130 kcal for corn/soy and wheat/soy diets for broilers respectively; the exact result varies between individual studies and depending on the method of measuring energy. Yet again, evidence that precision in formulation with amino acids reduces energy requirements.

A similar result has been observed by Dr Luis Romero, DuPont, and a team of researchers in 2013. Protease was added in the presence of phytase and xylanase, but it is noteworthy that the apparent uplift in amino acid digestibility in the presence of phytase and xylanase, without protease present, was minimal. The mode of action of protease is different to these other major enzymes and has the potential to be an additive.

In reducing the effects of ANFs found in proteins, protease helps to improve the digestibility of amino acids. The improvement in SID when protease is used may be related to the level of an ANF, such as a trypsin inhibitor. Work by Novus showed that the greater the level of a trypsin inhibitor substrate on which the protease operates, the greater the SID% improvement (personal communication). Previously, following in vitro addition of protease, higher hydrolysis of allergenic proteins, glycinin and β-conglycinin, from soybean meal, has been shown.

By reducing the levels of undigested protein, protease also establishes the conditions for healthier guts for the pig population. Photo: Koos Groenewold

By reducing the levels of undigested protein, protease also establishes the conditions for a healthier gut, reduced nitrogenous excretion and lower protein diets, all of which have the potential to improve performance and reduce feed and production costs. This functionality is unique to protease, which is why it has been called the next amino acid.

The indirect nutritional effects of protease, described above, provide some further health benefits. The potential reduction in putrefaction protein in the hindgut lessens the risk of generation of a range of harmful metabolites, such as skatole and hydrogen sulphide. A team of researchers around Dr Herman Peek, Animal Health Service, the Netherlands, noted in 2009 that protease supplementation resulted in a significant increase in the thickness of the adherent mucus layer in the GIT of broiler chickens and promoted the ability to cope with a coccidiosis infection.

Only last year, a team of researchers led by Dr Aaron Cowieson, DSM, observed that supplemental protease increased gut tensile strength, villus height and crypt depth, and reduced epithelial thickness and goblet cell numbers. These morphological changes are indicative of enhanced gut integrity and resilience and are suggestive of beneficial effects of protease that extend beyond increased amino acid recovery.

The presence of protease has been shown to enhance the numbers of lactobacilli and reduce the levels of E. coli in the colon in both high and low protein diets. Although not statistically significant, a further improvement was observed in the low protein diets.

Low protein diets reduce disease risk. Research has long shown that low-protein diets will produce manure with a much lower ammonia, hydrogen sulphide and odour content. In the presence of Pasteurella multocida, higher ammonia levels will result in more pneumonia and reduced performance. The use of protease allows more confidence in achieving consistent performance from lower protein diets and, hence, supporting a better environment and reducing risk from respiratory disease.

Are the health benefits of protease underestimated?

The provision of amino acid and energy values are important to provide economic justification of protease’s inclusion in commercial feeds for pigs and poultry. Digestibility studies alone underestimate the full benefit that protease offers. Improved gut health, for example, also reduces the requirement for amino acids and energy. The outcome of the GIT benefits is expressed better in terms of performance metrics. Importantly, these effects indirectly alter and enhance the amino acid matrix values in feed formulation.

Unsurprisingly, there is no definitive dataset, as yet, to show how these 2 elements are constructed to create digestible amino acid values for each feedstuff. Nonetheless, it is equally clear that the value of protease is found in the combination of improved GIT conditions and protein digestibility.

Future for protease in pig feed is bright

Research has shown that nutrient levels in a diet affect the response to protease and that the best responses appear to occur when there are higher levels of indigestible protein and soy in the diet. This does not mean that protease is not effective with other protein-based feedstuffs, but that constraints on its effectiveness, such as phytate and fibre content, may need to be managed as well. Therefore, response to protease may be more consistent in the presence of phytase and xylanase.

We are learning about protease, in much the same way we have learnt about phytase. The future of protease in pig feed is bright and one day it will become as indispensable as phytase is today. 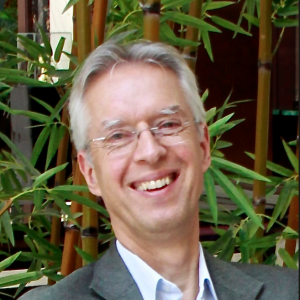