With the current high prolificacy, the breeding goal is shifting from as many piglets born as possible to as many living pigs as possible a few days after birth. The key: maximising sow colostrum and milk production. To achieve this, there is much to learn from sow physiology in peripartum.

Over the last 10 years, sow prolificacy has significantly increased and, with it, total milk production. But, when viewed as the milk available per piglet, this quantity is falling as litter sizes increase. At the same time, we found more low birth weight and weak piglets. A lack of colostrum and low milk intake have multiple consequences. First, piglet survival and growth under the sow are impaired. As a result, mortality between birth and weaning can be as high as 20% of the piglets. Then, the early intake of colostrum and start of lactation affect piglet performance in the long run. A study indicated that piglets that ingest less than 300 g of colostrum weigh 2 kg less at 42 days than their counterparts. To reach more sustainable production and improve piglet welfare, the industry is focusing on not just having as many piglets born as possible but also ensuring these piglets’ survival and growth under the sow. Colostrum and milk production are key factors in this success.

Milk production factors to be unveiled

Sow requirements for milk production are high. Based on production of between 6 and 13 kg of milk per day, a hyperprolific sow will produce about 3 times its weight in milk per year. To tackle that challenge, 2 main resources are available: feed intake and mobilisation of body reserves. A sow’s prolificacy also affects milk production. An important database from studies conducted in the CCPA research centre was used to rank the explanatory factors behind litter average daily gain differences (Figure 1). Those factors included feed and nutrient intake, body condition and litter size.

The study highlighted different dynamics regarding body reserves mobilisation. For gilts, backfat and longissimus muscle mobilisation were easier with more than a third of the variation explained by this, although this plummeted to one-tenth for sows with parity over four. For the latter, the mobilisation was mainly muscular, and this catabolism has detrimental effects on the sow’s longevity.

The week of lactation was also studied. It appears that in the first week after farrowing, nutrition and litter factors alone did not affect litter weight gain.

Another published meta-analysis came to the same conclusion that explanatory factors behind milk production change with lactation stage, with the first week being the most critical. What other parameters might be sources of this variation? Through finding these, the industry could find new levers to improve sow lactation and, thus, improve newborn piglet survival and growth.

The CCPA approach was to investigate sow physiology around farrowing with in vitro results and commercial farm sampling. Among the factors studied, mammary gland inflammation was 1 of the relevant indicators. Inflammation and oxidative stress at farrowing and during lactation have been well established in sows. Inflammation is a classical physiological phenomenon that contributes to the elimination of local infection and contributes to luteolysis and uterine involution. The problem arises when this inflammation reaches a critical level.

CCPA research has shown that inflammation is widespread in commercial farms, with half of the animals studied having moderate or high levels of this stress (Figure 2). This criterion was able to strongly discriminate between one farm and another. Sows from hyperprolific genetics had higher inflammatory status.

The most critical period was peripartum, with peaked haptoglobin levels at 3 days after farrowing. That stage is critical, with the physical trauma of birth, infections, bacterial toxins in the digestive or uterine systems and poor nutritional status inducing hydroperoxide formation and inflammation. High plasmatic concentration of serum amyloid A, an inflammation marker, was negatively correlated with the litter average daily gain.

A recent study confirmed that the levels of pro-inflammatory cytokine IL-8 increased during lactation for sows with lactation impairment while it remained stable for healthy sows. The acute inflammatory status impacts milk production by affecting both mammary gland development and mammary cell production. This condition is 1 of the leading causes of post-dysgalactia syndrome, characterised by insufficient and inadequate production of colostrum and milk in the first days after farrowing.

The CCPA results highlighted that natimortality was higher for sows with high blood concentration of haptoglobin along with markers of muscular cytolysis.

Flavonoids are naturally present in feed for livestock, and numerous studies demonstrate the antioxidant and anti-inflammatory properties of this kind of molecule. The R&D department of the CCPA Group selected and patented Baïcalin, a flavonoid plant extract from the plant baikal skullcap (Scutellaria baicalensis) for its cellular protection effects.

A collaborative study led by Marie-Hélène Perruchot in 2017, an initiative between the company and the French National Institute of Agricultural Research and the Environment (INRAE), showed that mammary epithelial cells collected in sows at peak lactation had a stimulated proliferation when added to culture media at low concentrations of S. baicalensis. A marked anti-oxidative effect was also observed and confirmed by the general state of the sows and lowered rectal temperature after farrowing.

A recent study in cooperation with Kansas University in the US demonstrated the mode of action of that flavonoid to enhance milk production. Adding S. baicalensis had positive effects on bovine mammary epithelial cells by regulating cell proliferation, apoptosis, cell viability and the antioxidant response. The efficiency of S. baicalensis was tested both in experimental and commercial farms with different genetics. Distributed in the feed from 5 days before farrowing until weaning, the plant extract was consistently able to improve litter weaning by 3–8%, shown by higher average daily gain of piglets for standard line or more piglets weaned for hyperprolific genetics. 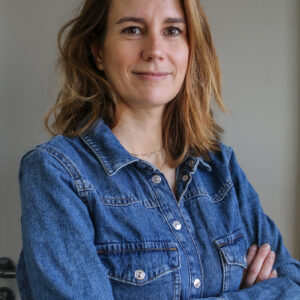