While demand for pork has remained stable in Slovakia over the last 10 years, production decreased drastically, making the market dependent on imports and foreign investors. What caused the shortage in local production and how has foreign involvement changed the market?

Slovakia at a glance – read more

Pig production and consumption have a rich history in Slovakia. Already in the early Middle Ages, the start of the traditional period for pig slaughtering is known to be celebrated on St Thomas’ Day (December 21), indicating that pig slaughter was an important part of village life. Nowadays, many Slovak national dishes contain pork. The most famous ones are undoubtedly the blood sausage krvavnička and kapustnica, a sauerkraut soup containing bacon and pork sausage. It is therefore not surprising that pork is the most consumed meat in Slovakia.

The high demand for pork in Slovakia, however, is not reflected in the country’s production figures. In fact, local production currently caters for less than 50% of local demand. In recent years, local pig production has even drastically decreased. While in 2001, the number of pigs slaughtered was 1.5 million, in 2015 this had dropped to fewer than 500,000. Similarly, the number of sows dropped from 235,000 in 1990 to 40,000 in 2008.

Why did pork production decline?

The decline in production can be explained by a number of factors. Firstly, there has been a fundamental change in Slovakia’s economic system since the country’s independence and this has had a significant impact on the organisation of agriculture. In the communist economic system, farms were owned and managed by government-owned cooperatives. After the collapse of communism, farms were sold to private owners. Changing from a system with a high level of government involvement to the liberal market of the European Union has proven to be challenging for Slovak pig farmers. Furthermore, local producers often didn’t have the required knowledge to produce pigs effectively, which has led to poor zootechnical performances. The lack of own financing is also a reason why local producers have not been able to continue production. Finally, the weak meat processing industry has inhibited the pig farming industry from growing.

Figure 1 – Development of pig production, demand,import and export in Slovakia.

These challenges faced by local producers have resulted in a high number of abandoned pig farms. This is the first reason why foreign investors have taken an interest in Slovakia’s pig farming industry. Existing infrastructure can easily be bought and modified into modern farms. Other attractions are the low wages and tax rates and the lower amount of regulations, compared to other European countries. Agro-subsidies from the European Union and the Slovak government to boost pig production are also an important incentive for foreign investors.

The most predominant foreign investors in Slovakia are Danish pork producers. One of the current market leaders is Pigagro Group, a Danish agricultural company. Founded in 2001, the group now annually produces 90,000 slaughter pigs, an impressive 25% of the total production in the country. On top of that, Pigagro produces 30,000 piglets a year and takes care of approximately 4,200 sows. The company owns 5 farms in Slovakia, of which 4 are destined for pig production. The 5th farm specialises in plant production. On its 3,000 ha of land, crops are cultivated to provide feed for the animals.

While the results Pigagro Group has achieved are impressive to say the least, it is not the biggest Danish player on the Slovak market. Dan-Slovakia Agrar is today the largest producer of pigs in Slovakia. The company owns a total of 6,700 sows and gilts, 5,700 ha of farming land for feed production, and their own feedmill. About 200 people are employed by Dan-Slovakia Agrar, of which 50 are working in pig production.

A third, large Danish company is Polnovakia Agrar, which was founded in 2003 by 7 Danish investors. The enterprise owns 5,300 sows, 6,000 ha of land and produces 125,000 finishers annually. Production is divided over 4 locations in Slovakia. In the near future, Polnovakia Agrar plans to make an additional investment of €5.5 million to renew an abandoned pig farm in the south of Slovakia. This expansion would create almost 60 jobs in the area.

While foreign investors have been able to reduce the decline in local production in Slovakia, they have also significantly changed pig production in the country. The companies mentioned above own the majority of the Slovak pig farming industry, indicating that large-scale pig production has become the new norm. 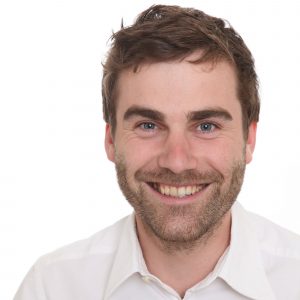