Climate change and pig production was one of the themes highlighted at the 18th edition of the Australasian Pig Scientific Association (APSA) conference, held in November 2021 in Brisbane, Australia.

As the APSA event followed immediately after the COP26 Climate Change conference in Glasgow, UK, it was not surprising see a review by Dr David Renaudaeu, Pegase, France and Dr Jean-Yves Dourmad, INRA, on the “Future consequences of climate change for EU pig production.”

The authors stated that the monogastric species have received much less attention on this subject when compared to ruminants. They quoted expected average overall temperature rising in the EU ranging from prudent estimates of 1.4 to 4.2°C and more alarmist predictions of 2.7 to 6.2°C in the period 2071-2100.

Consequences of heat stress for sows

The expected consequences of the heat stress will be more severe in modern leaner genotypes with an effect on lower feed intake, reduced milking capacity in the sows. A little reported consequence for pig production is the effect on raw material availability. The authors quoted prediction for every 1°C rise in global temperature will correspond to a 6% reduction in global wheat yield and 7.4% reduction in global maize yield.

Health will also be negatively affected by global warming affecting such things as prolonged farrowing and associated hypoxia for piglets. Cardiac failures in sows will become more common. The increase in oxidative stress will cause intercellular junctions in the gut to become “leaky” allowing local gut inflammation. The author is actively involved in developing various mathematical modelling programmes to fully asses the various possible future scenarios.

Another interesting review on “Improving the performance of neonatal piglets,” was presented by Dr Chantal Farmer of Agriculture and Agri-Food Canada in cooperation with Prof Sandra Edwards, Newcastle University, UK. The widespread use of hyper prolific dam lines has provoked serious increases in in neonatal piglet mortality. They discussed at length the phenomenon of intra-uterine growth retardation (IUGR) but light may be on the horizon as some very recent findings indicate a heritability of 0.2 which could be used in genetic selection against this trait. Various sow gestation nutritional trials were reported, but in general results tended to be inconclusive.

The most positive results were obtained with much improved management involving an intensive care type attitude to the care of the new born piglet, providing the correct environment in the farrowing quarters, adequate assistance, split suckling and cross fostering techniques. The management of the newly farrowed gilt to ensure the correct development of the mammary tissue will ensure better future lactations.

The authors expressed some reserve about the growing trend for the provision of artificial milk via various available technologies and expressed a preference for more use of nursing sows. An initial small-scale trial demonstrated the possibility of extending the colostral phase by the use of a supraphysiological dose of oxytocin between 12 and 20 hours after the birth of the last piglet. Further research is needed on this matter.

One dietary solution to improve the nutritional content of the sow’s milk was reported by a team around Dr Marion Scott of Devenish Nutrition, UK. The use of a specific mix of encapsulated fatty acids in gestation and lactation diets led to significant increases in the concentration of lactose and fat in the colostrum. There were also significant increases in the levels of the immunoglobulin IgG in the colostrum of the treated sows.

The same treatment also caused the elimination of the numbers of piglets with birth weights of less than 1 kg compared to the control sows, and a reduced coefficient of variation in the birth weights.

Finland’s tale of the pig tail

Prof Anna Valros from the University of Helsinki provided an enlightening insight, “The tale of the Finnish pig tail,” in which she explained the management of non-docked pigs.

Finland was the 1st EU country to unilaterally ban tail docking ahead of the later EU regulations and boasts 18 years of experience in managing long tailed pigs. At the same time, when compared to other EU countries, Finland shows some of the highest growth rates in finishing pigs and some of the lowest use of on farm antibiotics.

Some of the key reasons for the Finnish success story in managing long tailed pigs include:

Although tail biting does still exist, this paper explained how in Finland, by adopting certain measures, it is possible to rear pigs with entire tails.

On the same theme, a paper presented by Marcello Marchesi, international consultant, and Dr Annalisa Scollo, University of Turin, Italy, showed how the use of a feed supplement can reduce aggressive behaviour in long tailed pigs in the weaner phase. The trial involved video recording of 400 pigs equally divided between control and treatment as well as measuring actual tails lesions. The treated pigs had a reduced incidence of undesired behaviour such as conflicts and tail biting, and significantly fewer tail lesions.

A positive mental state was hypothesised due to the increased explorative behaviour towards the enrichment material and significantly more curly tails indicated a contented state. The study suggests that possible implications of the feed supplement in facilitating the management of pigs with entire tails as required by EU regulations, and the growing consumer demand for high welfare pig meat.

All of the peer reviewed papers will appear in the journal Animal. 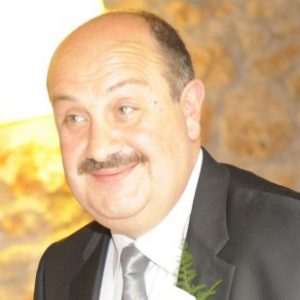