Recognised as the most important scientific event in the world swine industry, IPVS2022 (International Pig Veterinary Society) marked the return of the congress to Brazil after 34 years, bringing together more than 2,000 people.

“After 2 years of hard work on this congress, the result reinforced the support of the entire swine industry for the event. We realised that the scientific advance of the activity, which even with the pandemic has not stopped evolving”, highlighted the president of IPVS2022 Fernanda Almeida.

The event, with the theme “New perspectives for swine farming: biosecurity, productivity and innovation”, consisted of 26 sessions over 4 days (21st -24th of June). On the first day, participants had access to the Pre-Congress schedule, a novelty in IPVS Congresses, which brought up topics such as reproduction, use of antimicrobials, health, immunology and vaccinology, nutrition, well-being, and African Swine Fever (ASF), among other things.

We have included the ‘Agribusiness’ panel in our programming because we understand that we need to prepare in a holistic way, that is, combine theory and practice so that we can succeed in productive results

One of the highlights of the day was the agribusiness session. Unprecedented in the IPVS history, the panel brought together industry leaders, who sought to create a solid alliance between science and agribusiness in order to build bridges between the 2 poles of the production chain. “We have included the agribusiness panel in our programming because we understand that we need to prepare in a holistic way, and to combine theory and practice so that we can succeed in productive results”, declared the director of institutional relations of IPVS2022, executive director of agriculture and sustainability of JBS/Seara and president of Sindicarne, José Antônio Ribas.

Nutrition was another prominent topic at the Pre-Congress. This is today’s major bottleneck in the production chain due to the high costs of inputs. “Brazilian swine farming is very important in Brazilian agribusiness, producing 14.329 million tons. It ranks third place in the world and exports 4.610 million tons, which guarantees the first place on the podium in the international business of this protein. To further improve the productive efficiency of the farms, it is necessary to seek the continuous evolution of feed conversion, seeking better indices to generate a more positive economic performance”, explained the president of IPVS2022.

In the session that presented a series of measures for the prevention and control of globl African Swine Fever, the professor of animal health at the Complutense University of Madrid (ESP) and director of the reference laboratory of the World Organization for Animal Health (OIE), José Manuel Sánchez Vizcaíno, presented the risk factors for the entry of African Swine Fever worldwide and the development of vaccines. “It is necessary to reinforce the control of food entry at Brazilian airports. The tourist goes on a trip, brings a sausage, for example, and does not imagine that, through that delicacy, he can bring the ASF virus. The community underestimates the severity of food transport and this could be the gateway to an epidemic,” he warned.

Regarding Brazil’s sanitary status in relation to ASF, professor Fernanda Almeida reaffirmed that sanitary control is a national patrimony. “We have this health status because we are very good at we do”.

One of the topics addressed at the IPVS 2022 Pre-Congress was a broad analysis of the use of antimicrobials in swine production and the impact of the growth of resistance to the use of these drugs on animal health and also on human health.

Professor Jeroen Dewulf from Belgium’s Ghent University discussed the use of antimicrobials in swine production in Europe and, according to him, on this issue, “less is more”. “About 33,000 people die worldwide due to bacterial resistance, but most are not associated with animal production”, he pointed out. “Human and animal interaction needs to be very well analysed and that is why the one health concept is growing a lot. Only in this way can we advance in the knowledge of how antibiotics are used and reduce antimicrobial resistance”, he highlighted. According to him, the tightening of legislation in Europe is a fact. “Only in this way will we be able to better control the impact of resistance caused by the excessive use of antimicrobials,” he said.

Point of view of Brazil

Subsequently, the professor at the Federal University of Santa Catarina Maria José Hötzel analysed this issue from the point of view of Brazil. “The use of antimicrobials is a reality at different stages of the pigs’ life. I do not think that banning its use is the best way, but rather creating mechanisms, including legal ones, to control overmedication in general,” she stressed.

She also analysed the importance of biosecurity and welfare in swine production. “These are the most important aspects for the work of eliminating diseases on the farms”, she said. “There is a lot of exaggeration in what is said on the subject, without proper knowledge of technical aspects. One thing is for sure: we need antibiotics to control sanity,” she said.

Import markets, according to Karriker, exert strong pressure for decisions on the use of antimicrobials. “Therefore, the legislation is moving towards being more restrictive and regulated. It is a difficult issue, which involves, above all, motivation in the field of all the actors involved, including veterinarians. One thing is for sure: we will not have new drugs on the market and so we need to develop better practices to deal with what we do have”.

Swedish University of Agricultural Sciences professor Ulf Magnusson spoke on the topic “Antimicrobial use and management in swine production in East and Southeast Asia”. According to him, swine production is the sector that uses antimicrobials the most. “In some regions of the world it is very difficult to monitor compliance with legislation. We need to change the profile of the use of antimicrobials as growth promoters and preventives. As prevention is still the biggest problem compared to use as promoters and as the projection points to a growth in pig production in Asia, making it even more intensive, measures against the excessive use of these drugs are extremely necessary and if the abusive use continue, antimicrobials will be less and less efficient due to the increase in resistance generated”, he said. 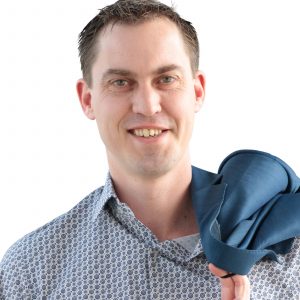 IPVS 2022: Focus on biosecurity and innovation