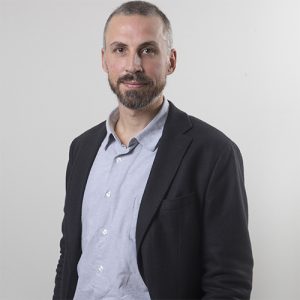 Currently, feedstuff costs have increased tremendously of virtually all ingredients. Therefore, many feed and pork producers are critically reviewing what can be done to decrease feed costs/kg pork produced. Depending on each market and production system swine producers can think in different options, swine nutrition expert Dr Francesc Molist writes.

The Feed Conversion Rate (FCR) increases more than linearly with increasing weight/age. This is because maintenance requirements increased with body weight; in finisher pigs (after 80 kg body weight) back-fat thickness increase faster than muscle deposition and there is a lower weight gain when more fat is deposited. So, moving the final live body weight from 125-130 kg to 115 kg will significantly improve the FCR and will lower the production costs in the current situation of higher feed costs.

The FCR is considerable higher of barrows than of gilts, this is due to a lower lean daily gain of barrows but also a higher (ad lib) feed intake. Ideally, with barrows, the feed intake should therefore be restricted to 80% of ad lib for at least > 75 kg body weight. This feed restriction of barrows can be conducted by providing less feed to barrows or physically by increasing gut fill by lowering the net energy content of the feed and increasing the fermentable fibre content significantly. Therefore, a specific barrow feed can be formulated with a lower SID lysine and net energy compared to gilts.

Separating boars and gilts can be a method to save costs. – Photo: Frank Uijlenbroek

Raising intact boars has advantages from a farming perspective (better Average Daily Gain (ADG) and FCR + no castration/injection) and a meatpacker perspective (higher lean meat percentage). The disadvantage from a meatpacker standpoint is the risks associated to boar taint. Roughly 4-8% of the boars can be identified with higher boar taint levels but it can also occur in gilts.

An alternative solution for boars and barrows could be immunocastration. The acceptation of the immunovaccine will depend on the meatpacker and the costs (two vaccinations are required) associated to this practice. In conclusion, if the market allows, raising (intact) boars and gilts offers significant reductions in cost/kg pork in the current situation of higher feed prices.

With an increasing FCR most of the feed volume is consumed in the finisher phase (from 80 kg till slaughter). From that standpoint adding different phases (for instance 2 or multiple finisher feeds) can help to reduce feed costs since also the nutrient concentration can be decreased in the later phases. As mentioned earlier in this finisher phase pigs will have a higher feed intake and will mainly grow in fat rather than in muscle. Therefore, these gives some possibilities to reduce the net energy and the SID lysine level of these finisher diets to safe some feed costs.

Depending on each market, besides lowering the net energy and the SID lysine in the finisher phase feed formulation will be one of the main drivers for the feed cost. Looking critically to the nutrient density, crude protein and amino acid levels and using feedstuffs with an attractive price can help to reduce feed costs/ kg pork produced.

To do so it is really important to control feedstuff analysis and analytical variation and reduce the safety margins in the diets that are usually associated to higher costs. Reducing the variation in the crude protein of the finished feed by careful monitoring the crude protein content of feedstuffs (protein-rich feedstuffs and grains) will give help control feed costs (by being able to reduce the “safety margin”) and lead to a more consistent technical performance.

In the same way, reducing the variation in the starch and fat content of energy rich feedstuffs will result in a more consistent FCR. In practice, this will result in storing received feedstuffs in separate bins, based on NIR analyses, and reformulating feeds based on the (different) nutrient content of the feedstuffs when you start using them in feed production. Setting practical acceptable standards for variation will be needed based on actual NIR analyses of feedstuffs received at the feed mill level.

A significant portion of feed costs comes from feed additives. Therefore, a careful review of which feed additives are effective and in what period (feed formulation) is recommended. Moreover the compounding effect of different feed additives with a similar mode of action, in the same feed formulation, can be questioned. Schothorst Feed Research has shown that omitting vitamin and mineral premixes in the last month prior to slaughter does not reduce technical performance.

The fat-soluble vitamins (A, D and E), which are the most expensive portion (up to 50%) of the premix cost, have accumulated during the growing period in the body (liver) and are less likely to become deficient than the water-soluble vitamins and trace minerals. Since vitamin and mineral premix costs are in general around 4% of feed costs, easily 1% feed costs on be saved on finisher feeds. On the other hand feed additives that improve gut health or the efficiency of utilisation of nutrients can help to lower the feed cost/kg pork while increasing feed costs.

Phosphorus is the most expensive inorganic mineral added to pig and sow feeds (0.5-1.0% of feed costs). Because of legislation to reduce phosphorus mission the (digestible) phosphorus content in the EU has been reduced compared to those in Asian countries without reducing technical performance. Furthermore, newer phytase qualities are more efficient in releasing phytin bound (plant) phosphorus, reducing feed costs.

Pig feed pellets on a farm in the United Kingdom. – Photo: Henk Riswick

In conclusion, possibilities for reducing feed costs/kg pork produced are explored and discussed. There are several possibilities in farming that require farm and slaughtering changes. In feed formulation there is always a risk in lowering “safety margins” in terms of technical performance. In the end, an economical calculation of all opportunities needs to be made.