The future of pig production: welcome to the Green Deal

Prudent antimicrobial use: The best to boost productivity

Why you should benchmark your pig farm

What will we feed pigs in the future?

Pig farm biosecurity, are we doing it right? Ask Jeroen! 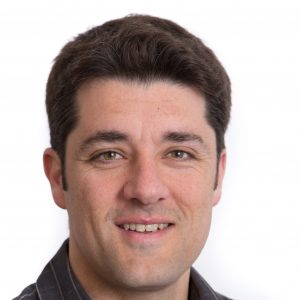 is a veterinarian and finished his PhD in 2005, in pig nutrition, developing alternatives to antibiotics and continued his activity as consultant for pig and poultry nutrition companies. In 2006 he moved to UCDavis, California, to study the relationship between nutrition and the immune response. While in Davis, he became interested in epidemiology and took a Masters in Veterinary Preventive Medicine. Back in Barcelona in 2010 he became a diplomat for the ECPHM and he started to apply an epidemiologic approach to pig and poultry production to better solve problems in the field from a research point of view. He moved to Teagasc (Ireland) in 2014 as a researcher in the Pig Development Department. The interactions between health and nutrition and between science and practice have been his main focus for the last years. At the moment he is working on different projects assessing feed efficiency, antibiotic use, respiratory disease and biosecurity in farms and studying the relationships between all this components in the field.