Pig farming in Nepal is growing step by step

At the moment, professional pig production in Nepal is still in its infancy. As the country is gradually becoming less traditional and more modern, different trends and eating habits are surfacing.

Nepal may not be top of mind when talking about pigs. Quite rightly so – the country doesn’t have an overly rich tradition when it comes to pork consumption. After all, Nepal may have a rich diversity of ethnic communities, castes and beliefs, traditionally however, only a limited number of them accepted pig farming. Pork is consumed by certain communities like e.g. the Rai, Sherpa and Tamang. So-called ‘upper caste’ communities, however, would never go anywhere near pork.

That picture, however, is slowly changing these days. Especially in urban communities and amongst the younger generations, the cultural food restrictions have lost their importance. Also, cities are growing fast due to ongoing migration, which altogether leads to a picture of a country that is gradually changing its eating habits.

In this changing market, pork has proven to be a useful addition to the menu. Typically, for many animals the Nepalese meat market makes a distinction between meat from male and female animals. In the case of goats, hens or buffaloes, local consumers do not wish to consume the females. For pigs, however, this distinction does not apply, as female and male pigs are equally consumed and rewarded. This of course makes pig production particularly interesting for development in the Nepalese market.

An example of the growing popularity of pork in Nepal is a type of pork that is being barbecued at low heat, known as sekuwa in local language. This type of meat is very popular for parties, gatherings and festivals. Urban hotels and restaurants also serve this type of meat on a special menu.

In short, pig farming has great potential to become an addition to the daily menu of the Nepalese, and to play a role in improving the standards of living of backyard farmers. Yet, there is a world to win, as per capita meat consumption currently stands at 11 kg, of which buffalo meat takes the number one position with 58% of all the meat consumed. Pork currently comes fourth, with barely 1 kg per capita.

A large part of the Nepalese pigs are still kept in backyard facilities – many of them even scavenge at the roadsides. Photo: Kam Raj Pant

As a result of the growing demand for pork, domestic pork production has been flourishing of late. For pig producers, this is good news, as until recently, they have been unable to get proper rates for their pigs. As one pig breeder phrased it: “We can produce according to market needs; however, there is a limited market.”

The Nepalese authorities back up the development of a national pig industry. A series of grants and subsidies were initiated by the government to support the country’s domestic pig farming. More than 20 international NGOs as well as donor agencies, like e.g. the World Bank and the Asian Development Bank, have taken care of various projects to construct new piggeries. In addition, the Nepalese government itself has been promoting the pig industry through infrastructural investments.

These days all types of castes and all types of ethnic communities have become involved in the pig business. Virtually every day, new large investments as well as educated people are entering a career in the pig industry.

What does Nepal’s pig industry look like? According to the Nepalese Ministry of Agriculture, Nepal has 1.16 million heads of pigs. They can be found on two different types of pig farms.

• Although numbers are reducing, still about 80% of all pig farmers keep their animals according to the scavenging model. These are often poor and indigenous farmers having a limited amount of pigs (e.g. two to four animals), hence for them feed or health issues aren’t much of a theme. Farmers often rear pigs as an additional income or perhaps for own consumption, using relatively non-prolific local breeds which do not yield a lot when sold anyway.

Read more updates from pig countries all around the world in our Country Focus Map.

At best, the pigs are kept in shelters, protecting them from theft. The pigs are provided with stale kitchen waste, brewers residues, distillers residues and often garbage. Quite often, even, the animals are reared in relative liberty, where they are allowed to search for food themselves. Most indigenous breeds, like hurrah, chwanche or bampudke pigs move freely on road sides and scavenge on whatever they find. As a result, the risk of disease transmission is very high, as pigs are likely to find contaminated food.

• The more intensive model, on the other hand, is growing in importance. This is well-known commercial production, where imported breeds like Yorkshire, Landrace, Duroc, Hampshire and Meishan are being used, which yield better meat and higher amounts of piglets.

Pigs are kept in one place until they are sold; in modern farms with concrete floors, comfortable climate situations can be made, protecting them against temperature, rainfall, humidity and wind. Farmers provide them with concentrated feed, high levels of care and vaccination.

It is estimated that Nepal roughly has 500 commercial pig farmers these days. A farm is considered ‘commercial’ when there are 15 or more sows. Some of the largest pig farms (500 animals and more) can be found in the far east of the country, in the Kosi and Mechi zones.

A couple of weaner pigs in a backyard construction. Photo: Kam Raj Pant

Breeding forms a challenge for Nepal. The main issues are the existence of many locally reared breeds, in-breeding and unscientific ways of breeding. Farms taking a scientific method to breed pigs are difficult to find.

For half a decade, donor agencies have worked hard to promote genetic improvement in cooperation with the government as well as some progressive farmers. In addition, the government-owned Nepal Agriculture Research Council is working to increase the purity of pig breeds. On three locations throughout the country, it has its own pig research farms. Farmers are able to purchase purebred piglets from here for genetic improvement.

The feed business is one industry that so far has not been helped by grants or subsidies in Nepal. Costs for feed are relatively high in Nepal, as up to 80% of all raw materials usually have to be imported and investments need to be made for feed storage. It is common that feed usually takes up to 75% of their total production costs.

In Nepal, nevertheless, there are roughly 200 feed companies, mostly producing pellet and mash feeds for poultry, buffalo and the dairy business. Feed is often formulated around a base of maize of around 50%, with added ingredients like e.g. soya, mustard cake, meat, blood or dried fishmeal and rice bran.

Nepal at a glance

Nepal is a landlocked country bordering the two most populous countries in the world: China and India. The 1,000 km wide country is known for the world’s tallest mountains (Himalayas), but also consists of hill regions and lowland plains. According to the FAO, Nepal has about 1.1 million pigs, of which most are in the east. The vast majority of the population is Hindu (81%), with pig industry relevant groups being 9% Buddhist and 1.4% Christian. Health-wise, Classical Swine Fever (CSF) as well as Food-and-Mouth Disease (FMD) are known problems, PRRS isn’t; vaccination programmes are in place at larger farms.

Traditionally, the entire pig is consumed in Nepal and often this is done so immediately after slaughter. This means that the country is still in the process of developing a practice of dividing the carcass into cuts or to freeze parts. In the words of a representative of a leading pig slaughterhouse in Kathmandu, ‘frozen meat is still in its infancy’. A limited market network and lack of proper transportation are among the constraints.

For that reason, players in the slaughtering and processing industry are supported by bank loans against low interest rates of around 5-6%. These can help them expand or build e.g. cold rooms. In addition, delivery vehicles for frozen meat can be imported at 1% tax and farm animals can be insured against low premium rates. As a result of the investments, nowadays, pork, ham, bacon, salami are already commercially processed in Nepal.

Pork imports into Nepal do exist, but are seen as unwanted as that would substitute domestic production. This is one of the reasons the government encouraged the development of own production.

With regard to pig or pork exports, Nepal’s outlook is currently fairly limited. A number of more progressive farmers have already been exporting piglets and pork to Bhutan, India and China, as prices are better abroad. This, however, often happened through informal channels and the outcome is usually fairly uncertain. Expanding the possibilities for Nepalese pigs and pork on the international market, therefore, can be seen as yet another key point of attention for the country’s authorities.

With permission, this article has been adapted from a publication in the German pig magazine DLZ Primus Schwein. The author can be reached at sumankhabar@gmail.com. 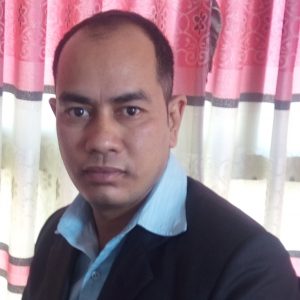