Malawi’s agriculture has long been heavily dependent on tobacco cultivation. Recently, in an attempt to diversify, pig production has been on the rise as well. Despite encouraging steps, there is still a long way to go.

Tobacco – and then a long time nothing. That is what the agricultural market looked like for many years in mid-African country Malawi. In times of prosperity, the country could export a lot; in times of bad crops and adverse weather, however, this one-sided emphasis led to malnutrition and poverty. In recent years, there have been first steps to change the country’s focus – and in the process of diversification, pigs have been playing a role as well.

Take a look at the figures in a 2008 livestock survey, which reported a modest growth of the country’s pig inventory from 481,000 pigs in 1997 to 1.23 million just over 10 years later. At the time, pigs were the third largest livestock population in Malawi after chickens (44 million) and goats (3.1 million).

Fast forward to 2014/2015 – then the total pig inventory of Malawi suddenly shot up to be at 3.65 million pigs – to put things into perspective: that is roughly comparable to the pig herd in e.g. Austria. These figures were calculated by a team of researchers of the Lilongwe University of Agriculture and Natural Resources, in the country’s capital. The trend of strong growth is correct, even year-on-year, a 16.53% growth was noted, as in 2013/2014 the pig inventory in Malawi stood at 3.13 million.

In terms of consumption, pork now ranks as the country’s second highest earner for farmers in livestock production, which traditionally was dominated by cattle and goats. Pigs are now constituting an important segment of Malawi’s agriculture: it contributes about 7% of the total GDP and about 20% of the value of total agricultural production.

So why does Malawi seem to have suddenly discovered pig production in recent years?

Pig production in Malawi can roughly be divided in to 3 different kinds of systems, which are all being applied:

In these systems, pigs roam at liberty and scavenge much of their feed. They are confined in huts at times and may be fed on swill, crop residues and banana chops. A system that is not recommended due to its high risk of (zoonotic) diseases, it is the type which is largely practised in the country.

In the latter 2 systems, usually the number of sows is only limited (1 or 2), and many farmers are not trained in key aspects of pig farming like heat detection, pricing, feed formulation and business management. As a result, productivity is low and capital inadequate.

With permission, this article has been adapted from a publication in the German pig magazine DLZ Primus Schwein. 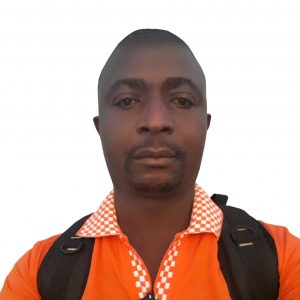