In China, livestock events have resumed

While international meetings in the pig industry in the rest of the world came to a halt, China had most livestock shows resume in September and October. Some even had record exhibitor and visitor numbers.

Chinese people have been embracing a return to social contact, following a strict lockdown in most areas. Meanwhile, the livestock industry is eager to seek solutions for a new era – the swine sector posted the highest ever growth in profits, as African Swine Fever (ASF) drove up meat prices, while the poultry sector was losing money due to overcapacity. The intensive agenda, however, came at the expense some of the other shows that lacked advantages in timing or location.

The China Animal Husbandry Expo (CAHE) was the biggest winner in the series of livestock shows in 2020, partly thanks to its timing – it was the first exhibition in nearly a year. The annual expo, organised by the China Animal Agriculture Association (CAAA) and in its 18th edition this year, had been scheduled for May as usual but was postponed to 4–6 September due to Covid-19. Its location was unchanged at Changsha in central China.

Already the largest livestock show in China, it saw its 2020 number of standard booths rising 8% to about 6,500, with a floor area of 140,000m2. The 1,200 exhibitors attracted 180,000 visitors during the three days. All the indicators reached record highs, according to the organisers.

CAHE 2020 also had pavilions from the US, France, the Netherlands and Denmark.

EuroTier China and VIV Qingdao were held as planned this year, although the market’s attention had been mostly drawn by the CAHE days earlier. EuroTier China 2020 took place 7–9 September in Chengdu. According to data from DLG, the show had some 190 exhibitors and 12,000 visitors. VIV Qingdao 2020 took place 17–19 September in Qingdao. Organisers VNU stated that this show booked 352 exhibitors and received 16,557 visitors.

Both shows have their roots in the former VIV China, which lasted from 2000 to 2018. In 2019, EuroTier was introduced to China and two new brands, EuroTier China and VIV Qingdao, were born. They changed the biennial expo to an annual event. In 2019 these editions were held at the same time and in the same city, Qingdao.

In 2020, the locations diverged. Chengdu is the capital of Sichuan, in western China, the country’s largest province for swine production, while Qingdao is located in China’s top poultry-producing province, Shandong. “We have booked a larger VIV Qingdao booth for 2021 to tap the poultry opportunities in this region,” said Wang Xu, marketing manager for Little Giant, a Chengdu-based poultry machinery manufacturer that exhibited at both expos this year.

Visitors of an expo are partly brought by concurrent conferences or forums. In China, there are normally large-scale conferences held to enhance popularity of the entire event, in addition to a dozen seminars by exhibitors.

For example, the Global Broiler Forum was held in conjunction with CAHE 2020; the Global Pig Genetics Summit (GPGS) delivered a boost for VIV Qingdao this year; and the Sunbird Nutrition & Innovation Conference, the most popular gathering of animal nutritionists, may have brought some 1,000 visitors to EuroTier China.

The most successful conference must be Leman China, which took place in Chongqing 14–16 October. The academic event has generated a dedicated exhibition named World Swine Industry Expo. The expo attracted 613 exhibitors, with a floor area of about 50,000 m2, and 73,537 visitors this year, marking the best performance in its history.

A total of 8,264 professionals attended the ninth edition of Leman China Swine Conference, which comprised about 100 presentations by 75 speakers. Dr Zhu Zhengpeng, vice president of China’s leading feed producer Tequ, said, “The conference halls are full of young men, while the presentations are mostly about basic practices rather than mechanism studies. Such content planning could be a model for other industry conferences.”

VIV Qingdao said its 2020 concurrent conferences still had about 40% of speakers from overseas via live streaming or video recording. Actually expo organisers and exhibitors are all embracing live streaming to promote their brands and facilitate attendance by industry professionals who cannot join on site due to travel bans. At VIV Qingdao, global buyers joined virtually via the digital Explore VIV platform, which registered 55,402 pageviews. The platform allowed the international industry to be part of the VIV talk show, webinar, business match-making and online recommendations. The online visitors reached out to the exhibitors in Qingdao from 30 countries such as Iran, UK and the Netherlands.

EuroTier China Live was also launched this year. The DLG noted, “This proved a popular addition among registrants, with many noting that it now offers them a chance to revisit the trade fair because the content stays online.”

Some expos fixed the dates for their next events while they were open this year. VIV Qingdao 2021 is scheduled to stage on 15–17 September, again on the west coast of the city.

Leman China will go to Chongqing again in November 2021. EuroTier China will stay in Chengdu, but it has not provided specific dates yet. CAHE has newly announced that it will return in May 2021, and the venue will be in Nanchang in central China’s Jiangxi province.

On top of all that, a new expo alliance is emerging in China’s livestock and meat industry. The China International Meat Industry Exhibition (CIMIE), the most influential meat trade fair in the country, is expected to be held simultaneously with VIV Qingdao from 2021. CIMIE was just a week ahead of VIV Qingdao this year, at the same venue. 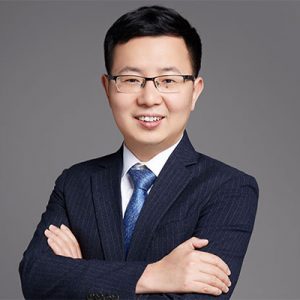 Review | Sustainable feed production – where do phytogenics fit in?