Germany proudly used to be Europe’s number #1 pig nation. In a few years, however, the country appears to have lost that status to Spain. The downfall of Germany as a leading pig nation is closely connected with the reasons for its rise, as illustrated clearly by 5 indicators.

Germany’s historical rise from being a leading importer of pig meat to the leading exporting country within less than three decades has been a remarkable success story. The background of the economic success, however – a high risk in dynamic development – has often been ignored. The rise to the top was not only based on domestic hog production, but depended to a high degree on unlimited imports of the raw ingredients for compound feed, imports of piglets and finisher pigs from the Netherlands and Denmark as well as being able to sell the pig meat on international markets.

With that system, the farmers and large slaughterhouses in the northwest of Germany have been very successful. They expanded production to make profit and used the profit for further expansion. (One problem, which has not yet been solved, has been the surplus of manure, as it cannot be re-exported to the countries from which corn and soybeans are imported.)

The system worked perfectly as long as the surplus of pig meat over the domestic demand could be exported, but when that was no longer possible, the system landed in economic trouble. How do we measure the abrupt fall?

Decreasing pig slaughter is a second indicator for the problems in the German pig meat industry. While in Germany the number of slaughtered pigs decreased by 4.2 million (8.9%) between 2010 and 2020, it grew by 15.6 million (38.2%) in Spain (Table 1). Spain reached the top position in the 27 countries of the European Union not only in terms of pig inventory but also in terms of pig slaughter. The country became the most important competitor for Germany on the global market. The reduction in pig slaughter not only reflects the dynamics in the inventory but also the drastic change in piglet and hog imports.

As mentioned before, the past success of the German pig meat industry depended to a high degree on piglet and hog imports. The shutdown of large abattoirs during the Covid-19 pandemic and the import ban of several countries after the first outbreaks of African Swine Fever (ASF) in September 2020 resulted in an oversupply of slaughter pigs and a dramatic decline in prices for the farmers. Table 2 documents the impacts that had on the imports of live pigs.

As early as 2018, imports were already reducing as farmers hesitated to place piglets due to the low prices for hogs. The massive decrease happened in 2019 and 2020. Slaughter pig imports almost collapsed. Compared to 2015, 40% fewer were imported; imports from the Netherlands even fell by more than 60%. The shutdown of the abattoirs and the diminishing demand for pig meat because of several lockdowns resulted in a massive oversupply of heavy slaughter pigs, further decreasing prices for the hog farmers and reducing piglet imports. Prices stayed low, restricting the economic possibilities for pig farmers. Even in the fourth quarter of 2021, no solution for that problem appears to be on the horizon.

One would have expected that because of the declining pig slaughter, pig meat production would have fallen at a similar percentage. That was not the case, as Table 3 shows. The reason is the temporary shutdown of the abattoirs and high slaughter weights of hogs when the abattoirs started to work again.

For years, the top position in global pig meat exports was disputed between the US, Germany and Spain. While Germany was still in the leading position in 2017, it lost it not only regarding the volume (Table 4) but also regarding the value of exports in 2020 (Figure 2) to Spain.

One reason for Spain’s success is that it signed veterinary contracts with several Asian countries at a much earlier stage than Germany. It profited in particular from the fast increase of China’s pig meat imports, similar to the US and Canada, a market that was no longer open for Germany because of the ASF outbreaks.

This analysis documented the massive decline of Germany’s pig inventories, pig slaughter, pig imports, pig meat production and exports between 2018 and 2020. Those years impressively revealed the fragility of the German production system. This large system of mass production – based on high feed, piglet and finisher pig imports – only worked as long as exports of the surplus over the domestic demand were possible. As soon as problems showed up there, the whole system got into economic difficulties.

In addition, the discussion regarding animal welfare and the environmental impacts of intensive livestock production have become major challenges. Even in the centres of animal production, a transformation of the present production system is demanded. That shows that parts of the present problems are home-made. Blinded by economic success, stakeholders too long ignored the changing attitude in society regarding intensive animal production and high meat consumption as one source of global warming and climate change. Denmark shows that another form of pig meat production is possible, a system which – because of the high standards regarding animal welfare, sustainability and meat quality – is not only accepted by Danish society but is at the same time successful on the global pig meat market. 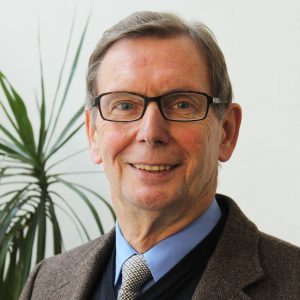