Uganda’s pig business has been increasing since the late 1980s and ever since, can be characterised as ‘growing bit by bit’. There is reason to believe that in the future there’s more growth to come.

Pig farming is widely practised in all regions of Uganda with high concentrations around the central region. Unlike other key agricultural enterprises, over the last 3 decades, pig farming has experienced fundamental improvement in the number of both pigs reared and households that rear at least 1 pig.

This has been possible, despite the limited government support for the pig subsector and the fact that pigs are not considered among the 20 priority sub-programmes of the country’s Agricultural Sector Development Strategy and Investment Plan (DSIP). This despite the fact that about 17.8% of all households (i.e., about 1.1 million) own at least 1 pig in Uganda. The number of pigs increased from 0.19 million in 1980 to 3.2 million in 2008, according to the national livestock census 2018.

The most common breed of pigs in Uganda is the large black. Many Ugandans consider it native, even though pigs are not native to Uganda. This is because of its colour, poor yields and time since its introduction by colonialists. Other breeds include Landrace, Large White and Camborough which are commonly imported from South Africa.

For a long time, pig farming in Uganda has been a backyard activity in a free-range system with very limited housing. Very few farmers managed their farms as business. This greatly contributed to consistent outbreaks of African Swine Fever (ASF) and in-breeding of available breeding stock leading to loss of animals and production vigour in local pig population. The increasing demand for pork has led to establishment of both medium and large scale pig farms. The emerging development in the industry has attracted huge investments including the set-up of a feed-mill and demonstration farm by Devenish Nutrition in the country. This is the only company currently producing specialised pig feeds in Uganda.

Challenges for pig production in Uganda

Pig production in Uganda still faces a number of challenges including:

There are a number of emerging market opportunities to be exploited by farmers in Uganda’s pig industry. These include but are not limited to:

The growth in population and income

The most recent population census (2014) reports the number of people in Uganda currently at 34.6 million representing an increase of 10.4 million compared to the 2002 census. Uganda is said to have the highest per capita consumption of pork in East Africa at 3.4 kg per person per year, therefore an increase in population is leading to increased demand for pork. Furthermore, the growing income level in Uganda allows people to afford pork products, leading to increased demand, mostly of processed pork products.

Pork joints are a mushrooming sector that offers raw pork as well as ready to eat meat, in both cities and in rural areas. They also serve other cooked foods and beverages usually sold together with the barbecued or fried pork. Most pork joints sell more than 100kg (equivalent to about 2 pigs) per day and above 200kg over weekends. This eases access to pork products and makes the market for pigs easily accessible for farmers.

Development of pork processing and trade

The increasing demand for processed pork products mostly by urban dwellers and export has led to the establishment of pork processing companies (e.g. Fresh Cuts and Sausage King). Also, formal companies producing, purchasing, processing pigs have been established (for example, Pig Production and Marketing Uganda; and Breeds, Feeds and Meats Uganda). These firms offer premium prices for quality pig farm products and offer support programmes like training to improve quality and quantity of pigs in the country

Development of hotel and retail sectors

The growing tourism industry and expert community have attracted investments in the hotel and restaurant business. Accordingly, different new pork dishes and eating styles have emerged leading to increased demand for processed pork products, for example sausages, bacon etc. These are usually preferred by both foreigners and the growing Ugandan middle class. Supermarkets retailing pork products have also made it easy for different population classes to access the products.

The International Livestock Research Institute (ILRI) has documented both constraints and opportunities in Uganda’s pig value chain. The International Potato Center (CIP) has done research on feed conservation technologies and Makerere University on breeding and other relevant topics. Altogether they have increased trust in sector viability as a business as well as availing necessary information required for planning and running successful pig business operations.

Pig farming has been supported by different government development agencies as one of the sectors offering the best opportunities for poverty eradication in the country. The government has supplied a number of breeding pigs to farmers through its NAADS and Bona Bagagawale programmes. Many NGOs are also distributing pigs for reproduction among farmers as a way of helping them fight household poverty. These all together boosts industry growth and increase the market for live pigs for breeding. 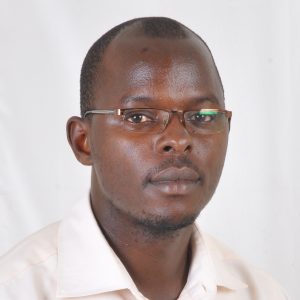