Argentina may be the world’s eighth-largest country – but in terms of pig production it has been a relatively small player. Things however are set to change, as the industry in Argentina is growing rapidly. Time for an update from the pampas.

To put things into perspective, in terms of number of pigs (5 million vs almost 40 million), Argentina cannot match its neighbour Brazil. Nevertheless, there is no denying that pig production in Argentina has made tremendous steps in the last decade.

Figures supplied by the UN Food and Agriculture Organization (FAO) show that pig numbers stayed fairly stable between 2000 and 2010 around the 2 million head mark, but after 2010 the total pig inventory suddenly went up rapidly, as is shown in Figure 1. In 2016, the FAO reported that total pig numbers were 5.1 million.

Distribution over the country

Swine production can be found all over Argentina. Nevertheless, there is a concentration of farms in the north of the province of Buenos Aires, in the south of Santa Fe province and in the heart of Córdoba province, all relatively close to the country’s capital Buenos Aires, with a metropolitan area of 17 million inhabitants, by far the largest people hub in the country. These three provinces jointly take care of roughly 60% of the total swine production in Argentina.

Circumstances for swine production in Argentina are good, with a relatively low population density and freedom from various diseases, most notably Foot-and-Mouth Disease (FMD). The country’s last-known outbreak dates from 2006 and it has the status ‘free from FMD’ with the OIE.

Recent figures may emphasise the recent record-breaking developments. In terms of consumption, official figures from the Argentinian ministry of agriculture show that in 2016, a record of 12.88 kg of pork was eaten per capita. This figure was the highest figure since 1992.

One of the major drivers of the growth is the increase in amount of cold storage plants, both in the private as well as in the public sectors. In 2016, six more were added to the total, making sure that Argentina had a total of 261. According to specialists, the opening of new cold storage plants all over the country allowed the growth of more swine production.

Another major driver of the strong development of pork is a changed consumer attitude towards pork. They have gradually learnt to appreciate the nutritional properties of pork – its minerals, vitamins and low fat content. All these advantages have come hand in hand with a more affordable price in comparison to beef or chicken.

In terms of pork, popular on the Argentinean menu are chacinados – Spanish for dried or cured meat products. These, in combination with sausages, are one of the most popular forms of pork consumed. When fresh pork is consumed, usually meat of weaner pigs is used.

According to 2014 records, in total 71 Argentinean slaughterhouses are allowed to slaughter pigs over 22 kg. For that, they receive official approval by Senasa, an independent agency, charged with the surveillance, regulation and certification of products of animal and plant origin.

The majority of these slaughterhouses are qualified to manufacture cold cuts and the aforementioned chacinados; in addition, 42 of them also are allowed to slaughter weaner pigs below 22 kg.

In recent years, the volume of pig slaughter numbers has increased to around 20% per annum. About half of the total production is produced by four processors, which are the most industrially and technologically developed in the sector.

Exports and a new project

Apart from expansion on the domestic market, there are more opportunities to think of for further growth: exports. After all, elsewhere on the planet there is a demand for both meat as well as by-products. Having the potential to supply the home market as well as those abroad simultaneously, Argentina has a competitive advantage over many other countries in the world.

For all this, in October 2015, the cooperative ‘Argenpork’ was created, a consortium of companies exporting pork from Argentina. The cooperative, supported by the Argentinean Association of Pork Producers, consists of in total 12 pork producing companies. Major companies among these include Cabaña Argentina (Pacuca), Isowean and Porcomagro. Jointly they hope to find more markets for the product that the world is going to need in increasing amounts. 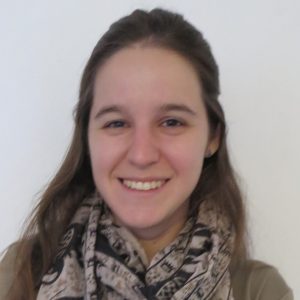 Enhancing the quality of pork meat