Independent research in the UK has been set up to follow and track thousands of individual pig data. Dutch software company AgriSyst has been chosen to supply the technology to support this project.

Marc Cox is general manager at AgriSyst, headquartered in Weert, the Netherlands. He explains how the Dutch software company got involved with the 3-year Big Data project – and what the project’s goals are.

What can you tell about the project?

“In the 3-year project of the British Agriculture and Horticulture Development Board (AHDB), we will follow each individual pig from birth to slaughter on in total 12 commercial farms as well as research farms. These farms on average have 800 sows, which will eventually lead to a data collection of roughly 200,000 individual pigs/year. For the pig producers, AgriSyst is providing the software, like the management system PigExpert, and is taking care of analysis and monitoring, including slaughter data. In total 3 British universities will take care of further data analysis. With the research, the AHDB would like to further contribute to the pig industry’s economic vitality as well as to more efficient, safer meat production. First results are expected in 2020.”

How come the British looked to the Netherlands for this project?

“Key for AHDB is to keep the UK’s pig industry vital and ahead. In the UK, however, there is no expertise in terms of integrated software solutions, which is why they looked at us. In the UK, the pig sector has surfaced again after having been in a deep crisis. Now the industry would like to invest again in the future.”

What does this mean for AgriSyst?

“It is a great opportunity for us as well as a point of entry to the UK market. Pig producers involved in the project have virtually all switched to working with their mobile phones in the pig houses, using PigExpert. We have been working with registration of digital ear tags since 2012. Now we can also apply this on a wider scale.”

How about doing a similar research in the Netherlands?

“At the moment, the research in the Netherlands is being done by commercial parties. Broad independent research for e.g. individual data does not exist there. In addition, over the last few years, much money and time had to be invested into research to innovations and environmental measures. That is why other countries overtake the Netherlands in terms of research to algorithms as well as video and sensor technology. It is a pity though that these types of projects are no longer being carried out in the Netherlands, as it could support the country’s status as ‘knowledge hub’. With the results from this research, we can, however, increase and use our own knowledge.”

Read more about individual pig monitoring in this overview of new technologies in the pig industry. 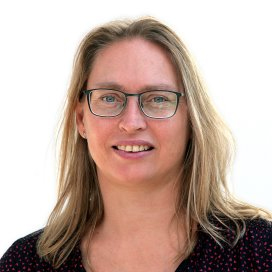