A fresh future for a family farm

About 10 years ago, the Van Raay family, from Ontario, Canada, were ready to move out of the pig business. Fate had different plans for them, and look where they are now – a successful farm with an own distribution channel plus new ventures into garlic production.

Martin and Teresa Van Raay were moving towards wrapping up their careers as pork producers. They’d been farming together in Ontario, Canada, 10 km from Lake Huron since they married in 1982, surviving a roller-coaster of market turmoil over the decades, and with their 4 kids grown and on their own, their thoughts were turning to retirement.

Life, however, had other ideas. Today, they’re farming with their two sons Philip and Dean, raising pigs, running a growing direct-to-consumer meat business, nurturing burgeoning garlic production – and construction on a brand new hog barn is soon to start.

“We were going to retire, we hadn’t invested anything into barns or equipment in years, and then our sons came back to the farm,” explains Mrs Van Raay. “Our plans are to start construction this fall or next spring; it’s not expanding, but improving and transitioning everything towards being computer-oriented.”

The son of immigrant Dutch farmers who settled in Ontario, Mr Van Raay started in the pork industry in the early 80s with a 180 sow farrow-to-wean barn and interest rates at 14%. In the mid-90s, a finishing barn was added and the farm expanded to 500 sows.

The Van Raays survived the North American hog price crisis of 1998, but markets continued to be volatile into the 2000s, fuelled by trade problems with the United States, a strengthening Canadian dollar, the Great Recession and negative publicity from the H1N1 pandemic that was popularly called swine flu.

So when the Canadian government announced a buy-out programme in 2009 for hog farmers to take sow barns out of production for a minimum of 3 years, the Van Raays were on board.

“We made the whole unit wean-to-finish and we had to let most of our employees go,” says Mrs Van Raay. “We were getting just under CAN$ 40 (US$ 30) per pig; our neighbour was getting more for his turkeys.”

They also noticed, though, that despite the low prices they were getting, the retail price for pork remained consistent. That realisation led to the birth of The Whole Pig in 2010, with Mrs Van Raay starting to deliver meat from quarter, half and whole pigs to customers in their region. That evolved to selling individual cuts, from sausage and bacon to ham, chops and loins. A partnership with a German butcher in the area remains key to getting the taste, quality and consistency they want in their pork products.

To spread the word about their new business, Mrs Van Raay participated in every lifestyle and consumer show she could, as well as local festivals and markets, and gave speeches about her family and her farm to local organisations like the Rotary Club and the Chamber of Commerce.

“It’s all about education and talking directly to people about pork and its benefits,” she says. “People have a lot of questions about how pigs are raised, what we feed them, and how to cook different cuts of pork.”

Barn on the home farm.

No visits for biosecurity reasons

Many people also want to come and see the pigs, especially since the Van Raays now have an on-farm store and their farm is on a route to the nearby Lake Huron tourist area, but it’s something they don’t allow over biosecurity concerns.

Social media has been a big help in getting the word out about their direct-to-consumer meat business. They’ve hired part-time help to manage their Facebook, Twitter and Instagram accounts, as well as a full-time staff to manage their growing retail operations.

Today, the Van Raays market about 15,000 finishing pigs a year, with the vast majority bought by Conestoga Meats, a southwestern Ontario processing plant owned by local hog farmers. A small regional processor slaughters pigs for The Whole Pig, and the family buys back the primals they need for their retail operation.

Their pig farm is now solely focused on wean-to-finish production. Pigs are sourced from two brothers who have a closed sow herd about two hours away and ship all of their weaned piglets to them at three weeks of age and weighing about 6.5 kg.

Ensuring a high standard of animal care and food safety is important to the family. Their farm is certified under the Canadian Quality Assurance programme, an on-farm food safety programme for hog farmers based on HACCP principles.

Environmental responsibility is also important. The Van Raays have been using no-till planting methods on their 600 acres (243 ha) of land for over 15 years, growing corn, which feeds their pigs, and soybeans and wheat that are sold as cash crops. Their pig manure adds nutrients back to the soil. In 2018, they started zone-tilling and planting into crop cover.

Mrs Van Raay is also passionate about serving the industry that’s providing a living for her family. This coming spring she will step down from the board of directors of the provincial hog farmer association Ontario Pork after 14 years. She’s also served on the boards of the Ontario Pork Industry Council and the Canadian Pork Council.

“It is giving back because we are so blessed. We couldn’t do it here without the people helping – and the skills you learn when you serve on boards, you can bring those back to your home business,” she says.

But their pork business alone wasn’t enough to support 3 families, which ultimately led them to a new venture: 2 acres (almost 1 ha) of garlic were planted in 2015.

Two years ago, they built an on-farm processing facility to package their garlic for a grocery store client. This year, they have 40 acres (16 ha) planted, and are also working to create a market for garlic scapes, the green stalks that must be removed in order for the bulbs to develop properly.

The last few years haven’t been without their challenges either. In 2016, their full silo collapsed onto the feed room of their barn just after harvest. Fortunately no one was hurt, and the local community rallied around the family to help with clean up, keeping pigs fed and rebuilding the barn. And in 2017, Mr Van Raay had a benign brain tumour removed, a surgery from which he’s now fully recovered.

Looking ahead, there is more change yet to come and with ongoing challenges in the pork industry, it could be a rough ride so the family will need to be more focused than ever, Mrs Van Ray believes.

That includes rising costs for electricity, water, fuel and other inputs coupled with more frequent extreme weather and pressure from anti-farming activists. And since Canada exports 70% of the pork it produces, global market access is paramount so international trade tensions and fallout from the African Swine Fever outbreak are causing uncertainty.

She’s also the first to admit that working with family isn’t always easy, but the Van Raays are committed to making it work for the long haul. Mrs Van Raay says, “I love what I do – and I’m very proud to be able to say that our little farm produces over a million kg of pork per year.” 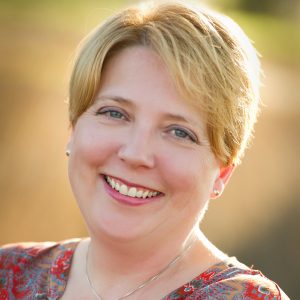