The annual get-together of North America’s pig industry in Iowa attracted over 10,000 producers and industry professionals in Des Moines, IA, USA, from June 8-10. International visitors returned to Iowa and the atmosphere was optimistic, despite a call for vigilance for foreign animal diseases.

The weather could not have been any more welcoming for the World Pork Expo 2022, which was a common sentiment from everyone attending in comparison to the sweltering heat of 2021. The hustle and bustle of WPX, held every year in Des Moines, IA, United States, seemed to be back in full swing and had several international producers in attendance as well, with many from South America and even Vietnam. The mood was joyful and encouraging. But the number of problems the swine industry faces today, including labour shortage, did not go unnoticed.

The event was kicked-off with the annual World Pork Open Golf Tournament on Tuesday, June 7th with up to 144 golfers that could participate and then followed by a networking event sponsored by Lucta. The official tradeshow, hospitality tents, and educational sessions started on Wednesday through Friday at the Iowa State Fairgrounds. McDonald’s supported pork producers with free breakfast both on Wednesday and Thursday. Free food and drinks were widespread and available along Hospitality Row along with different entertainment opportunities while catching up with old friends and meeting finally again with colleagues in person instead of via a computer screen.

World Pork Expo is not just BBQ and a tradeshow, but an opportunity for training and current industry updates. For instance, on Wednesday, Operation Mainstreet and PQA Plus Training were available (see box) along with “Coffee talk: Hot topics in the pork industry” with Bill Even and “Sustainability series: What’s coming and why you need to be ready” with Dr Frank Mitloehner. On Thursday, “Pork sustainability and foreign animal disease preparedness” took centre stage, also highlighted in a side box.

Every year the allied industry showcases its new technologies and products at World Pork Expo. This year was no exception. 2 new technologies on the feed side include Gestal’s Select, and PigEasy’s Meal Meter 2.0.

Both feeders bring precision feeding closer to reality as a common feature in any swine operation. Gestal uses their sow feeding knowledge and developed a self-feeder to measure individual feed intake in grower-finisher pigs without complicated load cells or hydraulics. While PigEasy took its Meal Meter to the next level by adding in both feed and water measurement capabilities, combining the unique ability for a sow to self-regulate her feed intake in breeding/gestation or lactation while the producer knowing exactly how much she ate or drank in a day.

Another interesting technology launched at WPX was from AP, the Manure Monitoring Stick. That technology is to help producers to detect water leaks or excessive fill levels in their pit, another tool to help with sustainability within pig farm systems.

Switching gears, Novus announced their Scale Up programme. Traditionally a feed additive company, the animal nutrition company sees the need to be able to work with the producers to meet their goals and then find the right approach to help producers succeed. This programme provides both internal and external experts, XpertLink, to work together with the producer to solve their problems.

It is important to see many traditional feed additive companies, such as Novus, seeing the need to step up and bring expertise back to the industry to solve multi-factorial problems and hopefully become strategic partners to lead a sustainable path forward for the swine industry.

In closing, WPX 2022 was a success with little rain or storm disruption and the perfect temperatures to reconnect with each other. Attendees were not left disappointed with the great food, entertainment, educational opportunities and vendor interactions.

The Operation Mainstreet training brought pig farmers, veterinarians, allied industry leaders, and social media influencers together to learn how to better communicate to the public about the swine industry. Operation Mainstreet taught attendees how to “meet people where they are.” It was explained how to break down the most common terms and topics used in the swine industry and effectively explain them in a more common language that is understandable to consumers. It was taught how to properly communicate topics such as sustainability, antibiotic use and foreign animal disease.

In this current climate, pig farmers need to have a plan for what they will do in the event of foreign animal disease. Hope can no longer be the plan as the pressure from African Swine Fever (ASF) and other diseases continue to grow for the US pig farmer. The National Pork Board (NPB) is working hard to ensure that pig farmers across the country have all the resources possible at their fingertips to create a viable plan for each individual farm so that after a possible outbreak they can get back to work as quickly as possible.

The board is doing that in multiple ways like the creation of secure pork supply plans, AgView and many other tools. They are also putting producer dollars into the necessary research need to validate the current depopulation and disposal methods. The definition of depopulation used by the board is the same as the definition by the American Veterinary Medical Association (AVMA). “The rapid and efficient destruction of a complete population of animals in response to urgent circumstances with as much consideration given to the welfare of animals as practical.” Depopulation and euthanasia are not the same. Currently the depopulation methods that are getting further validation are CO2, gunshot, penetrating captive bolt, sodium nitrite and electrocution.

The NPB is also funding projects looking at foam: both water based and nitrogen infused. The work is to give producers as many options as possible to be able to depopulate an infected herd with in 24 hours of the sample test confirmation of the foreign animal disease.

On the disposal and treatment side of an foreign animal diseases there are also many different things that NPB is looking at including: Incineration, deep ground burial, whole carcass compost, ground carcass compost and shallow burial with carbon. Each of those has three aspects producers need to be thinking about when choosing their method: equipment, inputs and time. Other considerations when choosing a disposal method are virus inactivation time, available real estate, distance to ground water, soil types, well and surface water locations, topography, state regulations including: disposal allowance and setbacks and deed restrictions.

Lastly, the panel left the room with a sense of urgency to get prepared and not waiting until a foreign animal disease reached the United States, but instead have a plan ready.

This article was written with the support of Tre Smith and Christine Snowden. 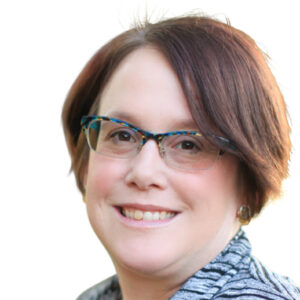