How the war in Ukraine impacts (pig) feed markets

Nobody can have missed the news about the conflict between Russia and Ukraine this February. What does this all mean for prices for feed ingredients, also impacting (pig) feed prices? This article, that was originally published by the French Pork & Pig Institute (IFIP), provided an insightful answer.

The latent conflict has been going on since 2014, the annexation of Crimea, Ukrainian territory, by Russia as well as the occupation of territories of Donbass on the eastern border of Ukraine. That was followed by an embargo on European exports to Russia, which then penalised the agri-food sectors in particular (pork and dairy products in particular).

Russia and Ukraine are 2 of the world’s largest grain producers. In 10 years, Russia has doubled its wheat production. That production is mainly export-oriented, Russia is currently the world’s leading wheat exporter, meeting around 20% of demand on the world market. Main buyers include North African and Middle Eastern countries, which are highly dependent on wheat imports, with Egypt and Turkey in the lead.

Ukraine, just like Russia, is a major cereal producer thanks to its black soils in the east of the country, which is deep and very rich in humus. Its production is also strongly export-oriented: 5th world exporter of wheat, 4th world exporter of corn. For Ukraine, also the countries in North Africa and the Middle East are of major importance, which are both accessible by maritime routes of the Black Sea. The “Black Sea” origin therefore supplies 30% of the world trade in wheat and 15% of that in maize.

I’ve been messaging a pig farmer in Ukraine I know from Instagram living 50 miles south of Kyiv. There’s been explosions for the last 3 days as he lives near a military base so there’s been rocket attacks on it. He’s in many Ukrainian farmer chat groups & others are saying same

In addition to wheat and corn, Russia and Ukraine are the world’s leading sunflower producers and export more than 50% of sunflower oil and meal. This latter material is used mainly in the poultry industry as an alternative to soybeans, its availability and therefore its price directly impact the price of poultry feed and also to a lesser extent for pigs.

Russia is also very present on the energy market, supplying more than 50% of the gas to the European Union. Germany is the country most dependent on this Russian gas, it is also the country within the EU with the most trade relations with Russia.

The dependence on Russia for the supply of fertilisers is very noteworthy. Prices of fertilisers have soared since the summer of 2020; those are closely linked to the gas prices: it is estimated that this represents 80% of the production cost of urea. Difficulties in supplying nitrogen fertilisers were already glaring even before the war in Ukraine.

In summary, the EU is dependent on Russia for gas and fertilisers in particular. In addition, a large share of European corn supplies comes from Ukraine (56%). Even though wheat availability is not linked to the Russian market as it constitutes less than 0.01% of the EU imports, the effect on prices will be obvious on a globalised market.

The Black Sea is the key area of economic exchanges in Eastern Europe, it is today the region at the centre of geopolitical tensions. Major ports like Odessa, Mariupol, Mykolaiv and Kherson are all located in Ukraine and allowed 95% of Ukrainian wheat exports to be shipped in 2020. In the event of an armed conflict, those trade routes would be impacted severely. The ports of Mariupol and Odessa are already unavailable after the 1st Russian attacks. Exports from the Black Sea were at a standstill while at the beginning of February there was still about 6.3 million tonnes of soft wheat to be exported from Ukraine.

Various agricultural producers shared their experiences on social media about the situation in their surroundings. This Dutch farmer in Ukraine explains on Twitter how the war is impacting his business – silos are still full of wheat and corn, trucks cannot depart, because the port of Odessa cannot be used.

What is more important?

Currently, we can't ship, so wheat prices will soar. 📈

Prospects of this military escalation

The consequences of the current crisis can be various. Some elements are obvious:

With permission, this article was republished on the basis of a French publication. The original article, called ”Crise Russo-Ukrainienne: Impacts sur les marches des matières pour les filières animals” was published in French at the website of IFIP on Friday, February 25, 2022. 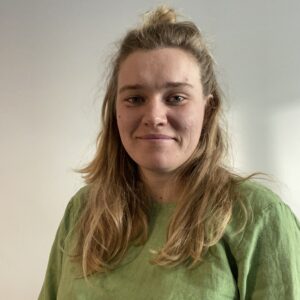