When it comes to pigs, Germany has had a leading position in Europe for years. Now that the industry is being cut back bit by bit, this position is under pressure. Spain’s position, however, is expected to grow. What is going on in Germany?

Only 1 decade ago, there was a strong belief that the emphasis of Europe’s pig production would shift to the east – with Germany being a stable, centrally located engine. Fast forward to 2022 and things appear to have been shaken up. Eastern Europe’s pig industry has not proven to be as leading as expected; Germany’s swine industry is shrinking and a new player has emerged in the south: Spain.

Obviously, Germany was affected by a number of simultaneous developments. African Swine Fever (ASF) caused export problems, leading to a devaluation of German pig meat. That market situation was aggravated by the occurrence of Covid-19. Simultaneously, a renewed focus on welfare (ITW, 5D) may provide additional challenges for some and opportunities for others. The end result is that the German pig industry is shrinking quickly. This happens especially in Eastern Germany, leading to a market situation that verges on self-sufficiency.

In summary, Germany is becoming an inward-looking market, whereas surrounding markets like the Netherlands and Denmark are still focusing on exports, serving European markets as well as the rest of the world.

AFRICAN SWINE FEVER (ASF)
Here you can find the latest information on the African Swine Fever virus and what you can do to prevent ASF entering your farm. Find out more…

The question is what that new reality means for the importance of Germany’s pig prices. How relevant will that price be? One possible alternative is to keep an eye on the Spanish market, which analists watch with more interest than it was a few years back, by slaughterhouses for instance.

Jan Schuttert is director of pig trading company Schuttert in the Netherlands, and he is very interested in pig prices across Europe. “It is clear that pig prices in key pig countries are converging; Spain as an exporting nation is one of them.”

He acknowledges that Germany’s role is dwindling. “In recent years, Germany negatively influenced price development in surrounding countries. Now the German pig industry is changing fast. We shall have to say goodbye to the German pig price as a major index.” Schuttert says he hopes that eventually there will be one European price.

Dr Eva Gocsik, analyst animal protein at Rabobank Food & Agribusiness Research, says further reduction of the German swine inventory is to be expected, by 20–30%. She thinks that the German influence will wane. “The more the German swine industry is shrinking, the less important it will be for pig price development in Europe. Yet it will continue to be a big, important market in Europe.”

She also expects the number of pigs in Spain to continue to grow, especially since pork sales to China have fluctuated in recent years. That is advantageous for Spain, where production prices are generally lower than elsewhere in Europe. She says, “Competing with Spain in terms of volumes will be increasingly difficult.”

Covid-19 and ASF getting in the way

In recent years, 2 viruses have hit Germany’s swine industry hard. Just like in the United States, Covid-19 hit the pig industry in a number of ways. Restaurants had to close and meatpackers had to temporarily shut their doors because of an outbreak among staff. This led to bottlenecks of pigs.Somewhat more unique for Germany was the emergence of ASF virus in the country’s wild boar populations in September 2020 at the border with Poland.

Inside the EU, prior regionalisation agreements made sure pig and pork trade could continue as much as possible. The effect on trade outside the EU however, was detrimental. Most major export markets closed their borders to German products, leading to a drop in pig prices. Eradicating the virus, however, was nbot so easy in wild boar. The virus spread fairly rapidly in populations in the 3 German border states. Up until mid-September, officials found 4,296 wild boar with ASF virus.

The process of eradication requires patience, especially since the virus is prevalent in neighbouring Poland. The idea is to control the virus by restricting wild boar migration to the west. The states do this by constructing 2 parallel fences behind the border. There is some reason for optimism: in a recent press release, the state of Brandenburg – which had the most outbreaks – declared that the march westwards stopped.

In the meantime, domestic pigs were relatively unaffected by the ASF wave. This was most likely because of good biosecurity measures. By mid-September, only 7 farms reported ASF. Strangely enough, that included 2 farms in Baden-Württemberg (May 2022) and Lower Saxony (July 2022), on the other side of the country. Those cases proved to be single incidents, leading “only” to temporary local restrictions and annoyance. Pigs could not always be transported to slaughterhouses on time, leading to money losses. 2 of the 7 facilities had more than 1,000 pigs on site.

Tendency towards welfare and local production

An increasing number of labels, regulations and requirements is rapidly changing the face of Germany’s swine industry. Animal welfare regulations have had high visibility in Germany in recent years. Additional schemes, demands and labels are designed to make pig production more future-proof. Yet, they are also making it inextricably more complex.

Freedom for sows is going to be mandatory in Germany during insemination and during lactation from day 5 post-farrowing. Producers have until 2036 to comply and this type of legislation is in trainfor an introdduction across the EU.That is not all. Some retailers are encouraging producers to go an extra mile in pig production. In Germany, just as in the Netherlands and Denmark, for a number of years there has been an animal welfare scheme.

In supermarkets, labels show a number of stars according to the level of welfare the animal received during its life. Various retailers have announced they are aiming for a substantial increase in supplier numbers meeting the third level of the 4-tier welfare initiative (ITW). That level guarantees, for instance, 1.05m2 per pig, organic distraction materials as well as an opportunity to go outdoors. Producers, keen to get over bad market conditions as a result of ASF and Covid-19, want to go down that path. There are, however, doubts about whether there will be consistent demand for this type of meat.

On top of that scheme, various German supermarkets have announced they are opting for “5D” for their fresh pork. That means that all 5 phases of pig production happened in Deutschland (as Germany is called in German). The animal was born, raised, finished, slaughtered and processed there, according to German standards, with staff being treated according to German laws. That is in line with an international tendency for consumers to buy more nationally or even locally produced food. Consumers often associate this with values such as familiarity and honesty. 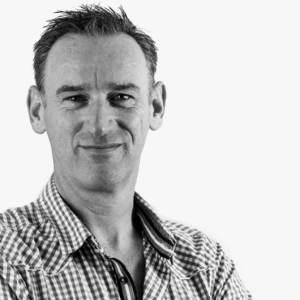