Introduction to piglet nutrition: Back to the basics!

To overcome the problems associated with early weaning we should have a closer look at nutrition. There is a lot to learn but we do have to understand the basics. Growing piglets require the perfect feed but what is perfect?

Today the nutrition of young pigs is perhaps the most active and attractive scientific field in pig production throughout the world. Despite our best efforts to overcome problems associated with early weaning, we still fail to benefit from the tremendous potential for efficient early growth encountered in young pigs. We do know that we need to feed piglets, but we really don’t know how to do this! A good friend once said, “We certainly can make the perfect piglet feed which will solve all problems, but it will cost $4,000 per tonne and nobody is going to buy it.”

To properly nourish the young pig, we need to understand its nutritional idiosyncrasies, its physiology and nutrient requirements, and how it responds to feedstuff and additive combinations. We must also realise that feeding goes beyond diet formulation, because diets must be properly processed, transported, stored, and finally presented for consumption before their potential is realised. Equally important is the development of a feeding programme that includes the proper number of dietary changes and amount of each diet for each group of pigs to prevent under- or over-feeding. Young pigs raised under commercial conditions never eat enough to grow to their full potential during the first few weeks post-weaning, because they are faced with a myriad of overwhelming challenges. Among them are weaning at an early age, social and environmental stress, immunological challenges, and of course, unfamiliarity with post-weaning feeding systems and diets.

The growth potential of young pigs is virtually untapped. It is generally assumed that they invariably fail to reach this potential because their limited appetite restricts growth below 50 kg body weight. To have a measure of the potential under discussion, we only need to look at a few old studies on the topic. Under experimental conditions (in a study done in the 70s), the fastest growth rates were observed in pigs offered cow’s milk for ad-libitum consumption from 10 to 50 days of age.

At 30 days of age, pigs weighed 15 kg with a growth rate of almost 600 g/day. Compare this to current conditions, where pigs rarely weigh more than 10 kg at similar age. To continue, at 50 days of age, pigs in that study reached 32 kg with an astonishing overall growth rate of over 700 g/day. Now, under present day commercial conditions, pigs receiving dry diets rarely weigh more than 20 kg at the same age. Clearly, there is a lot of room for improvement, but then the question becomes: “At what cost?”

The problem with piglets with no experience of creep feeding is that at weaning they must learn not only to recognise a new diet as nourishment but also to decide when and how much to eat. At the same time, they must distinguish thirst from hunger (no more milk for them!) and learn to satisfy their needs via separate media: dry feed and water. It is therefore little surprising that post-weaning anorexia develops. When lack of adequate nourishment is associated with damage to gastrointestinal epithelium from allergenic reactions to dietary antigens (soybeans), this invariably leads to nutritional diarrhoea and nutrient malabsorption.

Nutrient concentration and energy density is not as important as ingredient selection during the first week postweaning. Following this sensitive period, high nutrient density diets are required to promote rapid and efficient (it is mostly lean) growth. A good quality nutrition programme should support a feed to gain ratio of about 1.45 or less during the entire nursery period.

Energy – Dietary energy density below 11 MJ NE/kg is expected to reduce energy intake in pigs less than 15 kg, whereas, a minimum of 10 MJ NE/kg is suggested for pigs over 15 kg. Recommended dietary energy concentrations (see Table) should be used as a guideline only.

Amino acids – Among the ten essential amino acids, the most likely to become limiting in low-protein (to avoid scours in antibiotic-free diets) nursery diets are lysine, methionine, threonine, tryptophan, isoleucine, and valine. Glutamine supplementation in early nursery diets may also be warranted on grounds of gut health (about 0.5% additional glutamine can help restore gut health following early weaning). Dietary specifications for essential amino acids are calculated based on a fixed lysine specification and the ideal protein profile. For the latter, most authorities would agree to lysine: methionine & cysteine:threonine:tryptophan ratios of 100:60:65:18.

A reduction of dietary crude protein is deemed beneficial for both the animal (better growth, less diarrhoea problems) and the environment (less nitrogen excretion). Indeed, pigs fed lowprotein diets (less than 21%) have been shown to be less prone to Escherichia coli infection. Low-protein diets have also been shown to reduce nitrogen excretion by 30%-50%, depending on original specifications, ingredient selection, and magnitude of reduction in dietary protein concentration. Crude protein should not be lowered more than 3-4 percentage units (that is, it should not be less than 17%) unless valine (now commercially available) and (or) isoleucine (not available) are added.

Vitamins and minerals – For vitamins and minerals, including trace minerals, the recommendations of BSAS (2003) provide a practical compromise between levels recommended by manufacturers and those established under research conditions. Nevertheless, there are cases where these levels can be reduced or increased. For example, vitamin E is often included at levels up to 250 IU/kg because of (potential) health benefits, whereas recent research has clearly demonstrated that NRC (1998) levels are inadequate. From minerals, calcium is the least expensive nutrient and as such, many low-cost formulas tend to be over-fortified with it; some containing over 1% Ca. Calcium carbonate, however, has such a strong buffering activity that significantly lowers the acidity of the stomach and, thus, interferes with protein digestion. It is strongly recommended, therefore, that dietary calcium specifications do not exceed actual requirements and that calcium to phosphorus ratio be no more than 1.2:1.

Research has also revealed that piglets clearly benefit from additional sodium and chlorine in their feed. It is thus, recommended that starter diets for pigs less than 10 kg contain about 0.4% Na and at least as much Cl.

Which ingredients to use?

Energy sources – Maize, wheat, and sorghum constitute the major energy sources of most nursery diets around the world. Barley and oat groats are also frequently used, whereas rye and triticale are not very popular because they are rich in anti-nutritional factors. Tapioca is also an excellent energy source. Rice, especially broken rice, is used mainly in Asia, but cooked rice is used worldwide in high quality diets. Cereal by-products, such as those from the production of wheat flour or corn wet-milling are also used in diets for young pigs but not in diets immediately following weaning, and always in limited quantities because they tend to increase bulkiness and thus depress feed intake. Oils are generally favoured over animal fats for young pigs because they are more digestible. Thus, oils extracted from soybeans, maize, and sunflower are most frequently used during the first two weeks post-weaning, whereas animal fats, such as lard, white grease, and tallow, are favoured in the later phases of the nursery period.

Protein sources – Fish meal is an excellent source of protein for young pigs, yet price and availability frequently limit its use. Other major animalderived protein sources include dairy proteins, poultry meal, meat meal, and blood products (where permitted). Blood plasma protein is an established ingredient in nursery diets because its high content in immunoglobulins leads to improved growth performance. Today, plasma has been replaced by the less expensive egg-derived immunoglobulins, that also pose no risk of transmitting BSE and other diseases. Common plant proteins include soybean meal, soybean protein (in early diets), wheat gluten, potato protein, peas, lupines, sunflower meal, faba beans, and lentils, depending on price and local availability.

Soybeans and most other plant protein sources are rich in anti-nutritional factors and thus, heat treatment is needed to make these ingredients suitable for young pigs. Unrefined plant proteins are frequently restricted in the first two weeks post-weaning to avoid inflammatory reactions to antigenic proteins that are usually found in these ingredients. But, past the initial postweaning phase, plant protein sources supply the majority of amino acids in practical diets for young pigs.

Up to 3000 ppm zinc from zinc oxide, or less from new forms of potentiated zinc oxide, are frequently added in diets during the first couple weeks post-weaning to enhance growth performance and reduce symptoms of diarrhoea. Also, up to 250 ppm copper from copper sulfate is recommended for the remainder nursery period, but this usually drops to 125 ppm due to local regulations. The effect of these mineral salts are not additive, but their action is additive to that of antimicrobial agents, including organic acids.

How feed should be manufactured?

Feed preparation continues post-formulation when the feed must be actually manufactured. Here, certain processes can increase the nutritive value of piglet feeds and make them more acceptable as nourishment.

Grinding – The degree of fineness of ingredients in diets for young pigs has received considerable attention in scientific literature but not as much in commercial practice. It is generally accepted that a finer particle size increases the surface available for enzymatic digestion resulting, thus, in better nutrient digestibility. In general, 1.3% improvement in feed efficiency should be expected for each 100-micron reduction in particle size. An accepted particle size for maize is about 600 microns. For soybean meal, a range of 600 to 900 microns is considered sufficient.

Pellet quality – Pelleting improves growth rate and feed efficiency by about 10% in nursery pigs due to improved nutrient ingestion (pellets are less bulky than meal) and improved digestibility.

Pellet quality is traditionally associated with (index >90%) durability. A durable pellet should not necessarily be a hard pellet because performance can be depressed by as much as 10%-15% when pigs have trouble chewing their feed. Another aspect of pellet quality is size, and more precisely diameter. Research has indicated that piglets as young as 14-21 days old can easily cope with any pellet size ranging from 1 to 12 mm. Since wastage may be excessive in pellets larger than 3-4 mm, most commercial piglet diets have an average pellet diameter of 2 mm.

Piglet nutrition is definitely a fascinating subject, covering aspects of digestive physiology, feed formulation, ingredient selection, feed manufacturing and feed management. We have to be aware that a quality post-weaning diet is essential in alleviating the shock and consequences of early weaning. But, a top diet should be coupled with top on-farm feed management procedures to ensure the quality diet indeed reaches the gut of those piglets. After all, they are still babies. 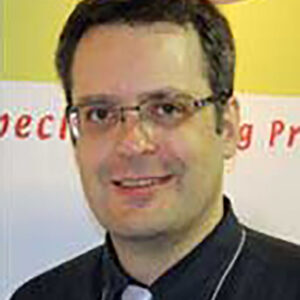