Winning thanks to an intelligent wet feed system

Although still in her twenties, Rachael Bright has built up a flourishing pig operation delivering impressive numbers, driven by an innovative home-grown wet feed system, thanks to her willingness to experiment and a keen eye for detail. In October 2015, she was awarded UK’s Pig Farmer of the Year.

Rachael Bright took over a much smaller pig business run by her father on the family farm near Honiton in Devon. Initially buying in weaners, the business now runs a 500-sow breeding unit, a weaner unit and a 4,000-head capacity finishing unit, operating on three sites.

Farrowing is contracted out to a farmer who runs a farrowing unit 32 km from Bright’s farm. The farmer owns the unit and employs the staff, but Bright owns all the stock and provides the feed.

Oak View Farm in Honiton, Devon, UK has a 500-sow breeding unit, a weaner unit and a 4,000-capacity finishing unit operating on three sites. The farm has genetics from Hermitage Seaborough. The total farm surface is 80 ha. The jury decided to award Bright for her impressive performance metrics; smart wet feeding system; spotlessley clean operation and willingness to try out new ideas.
Rachael Bright, Oak View Farm: “I would rather have 12 good pigs than 14 small ones.” [Photo: Jim Wileman]

Piglets spend three to four weeks on the sow before being weaned at about 8 kg. “The farmer gets a bonus for anything higher than 8 kg weaning weight,” says Bright. The unit averages 8.2 kg. Sows produce an average of 11.8 piglets a litter a year, with a pre-weaning mortality rate of just 8%. “I would rather have 12 good pigs than 14 small ones,” she explains.

Piglets are weaned on a Wednesday and more than half of the sows have come into heat by the following Sunday. Bright serves them that week, using artificial insemination (AI) to get a sow conception rate of 98%. Sows produce an average of two-and-a-half litters a year, giving an output of nearly 30 pigs a sow a year.

After weaning the piglets are moved to Bright’s weaner unit, a mile up the road from the farmhouse, where they grow from 7 kg to more than 30 kg. They are then moved down to the main rearing and finishing unit, where they spend a further 15 weeks being brought up to a slaughter weight of 80-110 kg.

Most of Bright’s pigs go to pork processor Tulip under a contract through marketing group Thames Valley Cambac to supply 210 pigs a week. Others go to the Meadow Quality pig marketing business. “But if someone rings up and offers a good price, I can usually do something.”

The election of pig farmer of the year formed part of Farmers Weekly’s annual Awards night, held in London, UK. In total, prizes were awarded in 15 different categories. Other contenders for the pig farmer of the year award were Graham Shadrack, from Attleborough, Norfolk and Danny Skinner, from Lazyfold, Aberdeenshire, Scotland.

Rachael Bright is justifiably proud of her bespoke wet feed operation. The computer-controlled system tailors the diet to the needs of the pigs, milling straights such as wheat and barley and mixing them with whey protein and co-products, including ice cream waste. She also adds amino acids to ensure the pigs’ protein needs are met.

The system uses a phase-feeding approach, tracking the growth curve of the pigs and carefully adjusting the feed mix to optimise its contents for each growth stage. The wet feed is given to the pigs via a probe system – when the probe is exposed it delivers more feed. “That keeps the food fresh and the pigs are stimulated to feed by the sound of fresh food rushing in,” Bright explains.

The result of this focus on feeding is a rolling feed conversion rate (FCR) of 2.4 for the finishing unit. Bright now plans to offer her feed system to other farmers.

Bright has recently refurbished the finishing unit, making it a controlled environment, and invested in a fully slatted, controlled-environment fattening shed with a capacity of 750 animals. The shed is organised into four big pens, with up to 200 pigs in each. “We initially ordered sorters,” she says, “but I looked at a sorter unit and found the pigs were very agitated, so I changed my mind.”

Bright is already planning the next stage of her expansion. She is considering splashing out on a finishing shed from French supplier I-Tek, with a ventilation system that extracts air from beneath the slats using fans located outside the shed.

Bright likes this approach as she feels the pigs are disturbed by the constant noise of the ceiling-mounted fans used in the existing sheds. She recently visited France to see an I-Tek unit in action and was impressed.

She generally aims for a five-year payback on any major investment.
Bright has had a problem with ileitis in the pigs, an inflammation of the gut caused by bacteria.

She has used antibiotics to treat this, but is concerned about the global problem of growing antibiotics resistance and is experimenting with vaccination. She is keen to continue improving her business, and is part of a local benchmarking group of about 30 pig farmers who meet in Exeter every three months. Having achieved so much already in her relatively short career in pigs, Rachael Bright is clearly one to watch for the future. 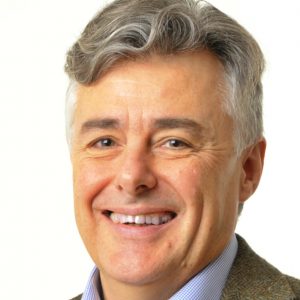