Tail docking is applied to young piglets to avoid a potential problem later of tail biting. However, should the root of the problem be looked at instead of using this preemptive measure?

Tail docking is routinely performed on farms as a means to decrease the prevalence of tail biting. Tail biting is an abnormal redirected exploratory behaviour that results in mild to severe injury of pen mate’s tails. Several factors have been associated with tail biting behaviour including environment, nutrition, gender, genetics and health status.

Tail docking of piglets has and continues to be highly criticised in both the US and Europe. This is primarily driven by the fact that tail docking is a painful procedure as indicated by changes to the physiology and behaviour of pigs who are tail docked.

Most recently, European countries have taken a stance to eliminate this management practice by managing the problems which lead to tail biting in the first place. Several research projects including FareWellDock have been established to provide scientific research to determine the best practices to eliminate tail docking and control tail biting. Although several factors can contribute to tail biting, research has consistently demonstrated that the absence of material for manipulation increases risk of tail biting. Several enrichment objects including chains, rubber hoses, car tires, straw and peat moss have shown to decrease tail biting but not necessarily eliminate the behaviour altogether.

Unlike the European approach, the US is nowhere near implementing the elimination of tail docking on farm. Tail docking is still performed routinely on commercial swine operations in the US. Farms which are not tail docking are either smaller farms which provide outdoor access to pigs or farms on specified animal welfare friendly programmes like Animal Welfare Approved, American Humane and Certified Humane.

Recognising the severe potential consequences of completely eliminating tail docking, most of the US research to date has focused on mitigating pain associated with the tail docking procedure rather than eliminating the procedure all together. The most recent research suggests managing pain is most effective when using a ‘multi-modal’ approach. This means utilising different types of drugs that mitigate pain at different times and through different pathways.

What makes eliminating tail docking such a difficult choice on-farm comes down to the economic and welfare consequences associated with severe tail biting behaviour. Among producers, the risk related to economic loss due to damaged or condemned carcasses at slaughter as a result of severe tail biting is often too great to justify eliminating the procedure altogether.

One must also recognise that severe tail biting has major welfare implications to individual animals being bitten and may in fact result in greater pain experienced by the animal compared to the tail docking procedure. Because it is so difficult to predict if tail biting behaviour will occur and to what extent, elimination of this practice on US swine herds is unlikely.

Future work focusing on pain management during the procedure, development of different tail docking techniques to limit pain and adapting current barn systems to accommodate for enrichment like straw and peat moss to decrease tail biting behaviour will be the focus. Eliminating tail docking altogether may not be forecasted for the US swine industry, but it will continue to be a controversial issue focused on by the consumer and addressed by the animal welfare scientific community. 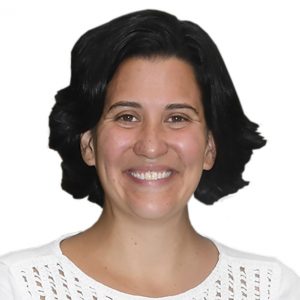