Sow stalls during insemination to be phased out in Germany

Pig producers in Germany will face a serious task in adjusting their sow houses. Last week, the Federal Council of Germany’s parliament accepted a bill to phase out sow stalls during insemination and with stricter rules during lactation.

The new law means that sow stalls in artificial insemination houses will have to disappear within 8 years from now. Minimum space allowance per sow will have to be at least 5 m2.

Transition phase of 15 years for lactation

The politicians have added several new conditions to the law, in order to force sow breeders to take action and not hope for a postponement. For instance, the producers will have to present a reconstruction plan, 3 years after the ratification of the legislation and after another 2 a construction permit will have to be applied for.

Those sow farms that wish to stop their operations, will have to inform the authorities on time and in writing. They will be able to continue for a few years without having to submit their reconstruction plans.

Year-long issue comes to an end

Germany’s politicians have been discussing the case for years. It all started with the case of the Dutch sow breeder Adriaan Straathof, who was active in Germany at the time. He was banned from being a pig farmer as according to the authorities he did not comply with animal welfare regulations He lost court cases about this. Key to that discussion was the size of the sow stalls: these supposedly did not offer sufficient liberty of movement. In this respect, the judges ruled, not only Straathof’s arguments but also those currently in legislation failed.

In the meantime, Straathof decided to stop pig producing in Germany, but the remainder of sow breeders in Germany is now kept in uncertainty as to how sow houses will have to look like, as politicians disagreed how to move from there. Exactly that uncertainty was ended by the Federal Council’s decision.

The new regulations are based on a political compromise, but are considered to go quite far. German farmers’ federation DBV thinks the new regulations are going to hurt and will lead to a drastic structure change at the expense of smaller and middle-size family farms. The DBV has not presented figures, but rumour has it that roughly 30% of sow farms will have to stop operations, with as a logical consequence that even more weaner pigs will be imported from the Netherlands and Denmark than currently the case.

The authorities in Berlin have promised a € 300 million of investment subsidies to support the sow farms to do the required changes.

ISN: transition time is too short

Germany’s pig producers’ union (ISN) is not enthusiastic about the outcome, but stressed that the subsidy is a positive point. ISN emphasised that the transition term is too short. The organisation also notes that it is good that after years of uncertainty, there finally is clarity about the years to come.

In the European Union, the use of sow stalls during gestation has been banned since 2013. Ever since, sows will be able to be kept in group housing from 28 days after confirmed pregnancy. Certain EU countries have chosen to shorten that timeframe. 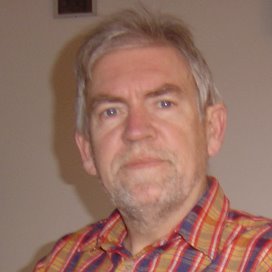