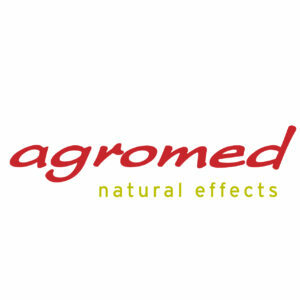 Growth in litter sizes also means that the parturition process can take a lot longer. With the right ingredients, the phase around weaning can be as short as possible, as the sow can be better prepared for what is to come. The right amounts of fermentable and non-fermentable fibre play an important role in that process.

The use of hyperprolific sow lines has increased litter size considerably in the last few years, becoming a major challenge for the sow. This increase in litter size has economic and environmental benefits to the pig industry, but there are animal welfare concerns. The “Concept of 5 Freedoms” is now internationally recognised as an assessment criterion for animal welfare. It describes, among other things, “freedom from pain, injury and disease”. Major concerns about the litter size are:

The last 3 points relate specifically to piglets, with the reduction of piglet mortality being a specific objective in the animal welfare targets.

Successful parturition is characterised by a short farrowing, complete expulsion of the placenta, high neonatal activity and colostrum intake. Farrowing in general is an enormous stress factor for the sow and is, of course, also associated with pain. Large litters of up to 20 piglets are closely associated with a longer farrowing duration, which increases the stress for the sow. Prolonged farrowing is associated with problems like reduced yield of colostrum, retained placenta, development of post-partum dysgalactia syndrome (PDS), impaired involution of the uterus and subsequent fertility disorders.

Fever and insufficient colostrum and milk production are symptoms of PDS, which is a multifactorial disease. Risk factors are, for example, overweight, constipation and prolonged farrowing – 3 factors which interact with each other, provoking among other things mastitis, metritis and agalactia (MMA).

Long parturition increases the incidence of fever during the first 24 hours after farrowing; a connection with reduced colostrum production is obvious. PDS is a short-term health problem of the sow which influences not only the current litter; it also impairs subsequent fertility. The very complex interaction of large litters’ consequences for sows and piglets is illustrated in Figure 1, showing prolonged farrowing as a very central point.

The key to saving piglets that are at risk of death because of long farrowing lies in managing the sow before she gives birth. Prolonged farrowing is related to increased stillbirth rate and is often caused by maternal constipation as well as energy depletion during the energy-demanding process of farrowing.

Dietary fibre supplementation during the whole gestation period has proved to have positive effects, but dietary fibre is obviously also beneficial when supplemented shortly before farrowing until weaning. Up to 25% of the sow’s maintenance energy requirement is derived from hindgut fermentation. Bacterial flora of the hindgut live on dietary fibre and produce volatile fatty acids and lactic acid as metabolic products. These metabolites are reabsorbed by the animal and serve as additional energy, covering this significant proportion of the animal’s energy demand.

The particular advantage of that process is that the energy from fermentation is available after some hours of delay. Enzymatic digestion is completed at the end of the small intestine and provides nutrients within five hours after feeding. In contrast to enzymatic digestion, the metabolites from hindgut fermentation are continuously reabsorbed so that this additional energy is provided over a period of 24 hours. For the sow, that means reduced hunger and stress and more energy for parturition, as the time pre-farrowing is associated with appetite reduction. Therefore, the energy available from the small intestine is also reduced. An adequate supply of dietary fibre provides energy for the sow when digestion in the small intestine is completed and, consequently, even during farrowing.

Modern eubiotic lignocellulose (ELC, marketed as OptiCell) is a synergistic combination of insoluble fermentable and non-fermentable dietary fibre. The non-fermentable parts of that lignocellulose stimulate gut motility and guarantee optimal gut peristalsis. That prevents obstipation and ascension of pathogenic bacteria from the hindgut, being important factors for MMA prophylaxis, and consequently helps to protect from PDS. The fermentable fibre fraction selectively ­supports beneficial gut bacteria.

Furthermore, ELC improves the shifting of fermentable nutrients from the diet further into the colon where they are metabolised by gut bacteria and provide additional energy. As a concentrated fibre source, ELC avoids the energy or protein dilution in the lactation diet.

Reduced farrowing duration through the use of ELC and the related reduction of stillbirths has already been proven in various trials. In feeding trials since 2007, ELC supplementation in gestation and lactation feed for sows on average reduced farrowing duration by about 20% compared to control groups and increased the share of liveborn piglets (Figure 2).

In a recent trial in Austria, ELC was supplemented to a standard gestation diet (65–75 g/d) throughout the entire gestation period, differentiating the groups into highly productive sows (genetics from Denmark) and standard genetics (Large White x Landrace), see Table 1.

In summary, an adequate supply of ELC as dietary fibre for sows is an efficient means of supporting the animals in terms of welfare, health and performance – the positive effects are particularly evident with the new, highly productive sow ­genetics.