​Isoleucine: A missing link in the pivotal role of amino acids in safe weaning 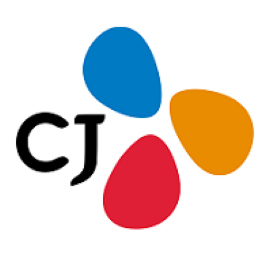 A correct amino acid balance is one of key approaches for safe weaning without compromising performance when feeding low crude protein diets.

Since 2017, feed producers, farmers, universities, and many other partners in the feed chain have been working fiercely to wean piglets without the use of medicinal zinc oxide (ZnO) to meet the hard deadline of June 2022 set by the EU. Several countries decided to ban the use of high dosage ZnO even before the European deadline, pushing the industry even harder, but gaining insights in how to manage the challenge. At the same time other legislations also linked to animal health came into play such as the reduction of copper usage and the continuous strive to reduce the use of antibiotics. In the meantime, all chain partners agree that the solution for healthy weaning is to be found in a multifactorial approach, combining management, health, and feed. The latter having a significant impact, especially when looking at the basics: protein and amino acid nutrition.

How excess nitrogen not only puts stress on the environment

Excess protein in the feed increases the nitrogen excretion in the environment, leading to increased eutrophication and air pollution. Furthermore, the EU and individual member states have set ambitious targets on reducing nitrogen pollution, this will be translated into stringent legislation with a direct impact on business. Though, excess of undigested protein will not only have influence on the environment but also on the animal itself. Undigested protein will be fermented in the gastro-intestinal tract, resulting in production of toxic metabolites such as ammonia, harming the intestinal integrity (Figure 1), leading to more health problems.

Figure 1- Protein fermentation of ileal bypass protein in the caecum (modified from J. and K., 2016).

Known pathogens causing post weaning diarrhoea such as E. Coli like to ferment protein. As a result, pathogen overgrowth, dysbiosis, increased endotoxin secretion, etc. will increase the need for antimicrobials and lead to a severe loss in performance. Hence, gut health is closely related to protein supply, quality but also quantity.

Reducing the flux of undigested protein

To reduce the flux of undigested protein, one must work on quality of protein containing raw materials and quantity. On the one hand, highly digestible protein sources such as SPC, form the basis of a well thought protein nutrition. However, raw materials offering a favourable digestible amino acid profile become more expensive. Alternatively, more local, often less dense, and less digestible alternatives find their place in feed formulations, increasing the need for amino acid correction to guarantee optimal animal performance. Reducing protein quantity on the other hand has a direct link with reducing the overall protein flux in the intestine, limiting the possibility of pathogen overgrowth. Unfortunately finding the right balance between keeping performance high and reducing protein maximally involves many factors but especially correct amino acid balances. Amino acids play a central role in the strive to wean piglets without ZnO and reduced use of antibiotics in a more environmentally friendly way.

The practical reduction of protein is depends largely on the availability of essential amino acids. Today amino acids like isoleucine (Ile), histidine (His) and depending on formulation leucine (Leu) are becoming limited. Fortunately, L-Isoleucine and L-Histidine HCl have recently become commercially available, pushing dietary protein further down and securing animal health and performance.

On the one hand, Histidine, with its typical imidazole ring (planar 5-membered ring) in its chemical structure, does not only serve as an essential amino acid. It has an important function as precursor of histamine, involved in immunity but also in protein digestion as it stimulates parietal cells in their acid secretion in the stomach. A well acidified stomach will be the base of a good protein digestion as the pro-enzyme pepsinogen becomes active (into pepsin) in an acid environment and starts to break down protein into smaller peptides.

Isoleucine on the other hand is part of the branched chain amino acid (BCAA) family, next to leucine and valine. The BCAAs are untypically as they are degraded in the skeletal muscle rather than in the liver. Moreover, BCAAs are catabolised by the same enzymes. The three BCAAs can stimulate the catabolism, of which leucine is recognised as the main stimulator leading to transamination and oxidation of the other two amino acids. The BCAAs make up around 35% of the essential amino acids in the skeletal muscle, making it important that the BCAAs are balanced among each other for an optimal protein deposition. Isoleucine forms the missing link in low CP diets as leucine is often in excess and valine is already available in unbound form for many years. Thus, great interest is going to isoleucine as the next limiting amino acid in low crude protein diets.

Literature shows a clear evidence that a deficiency in Ile leads to a decrease in feed intake and consequently to poor performance in nursery piglets. Though, to further bring down the dietary protein content for young piglets without compromising production performance, it is essential to have adequate information on the requirements of post-weaning piglets for next-limiting amino acids, including Ile.

That it is possible to reduce CP level to 15 % in nursery piglets with an adequate amino acid supply and Ile setting has been shown in a dose-response study performed at Wageningen Livestock Research in the Netherlands. To determine the Ile requirements, 6 diets with increasing levels of dietary standardised ileal digestible (SID) Ile were used. The basal diet (treatment 1) was based on corn (43.5 %), wheat (29.0 %) and barley (8.4 %) and contained about 150 g/kg CP, 12.0 g SID Lys per kg and was limiting in isoleucine (4.4 g/kg SID Ile). The diets for treatments 2 until 6 contained incremental levels of SID Ile by supplementing free L-Ile (Bestamino) at the expense of starch until levels of 4.95, 5.50, 6.05, 6.60 and 7.15 g SID Ile per kg were achieved, respectively. All other amino acids were kept stable and were balanced according to the requirement (Table 1).

A total of 384 piglets (Topigs Norsvin 70: Norwegian Landrace x pure bred York-Z) were divided into 6 treatments. The experiment last for 28 days, starting 6 days post-weaning, in an artificially heated, ventilated, and lighted pig unit. All diets were formulated without medicinal ZnO.

The study was carried out as a dose response study using a low-protein basal diet (about 150 g CP per kg) in which Ile was limiting while all other amino acids were present at levels covering their assumed requirement values. Over the entire experimental period, feed intake (FI) and average body weight gain (ADG) were reduced significantly in piglets receiving the diets with the lowest levels of Ile (treatment 1 to 3), indicating that the basal diet was truly deficient in isoleucine resulting in a low feed intake and body weight gain.

Considering the total experimental period (day 0-28), FI and ADG were affected significantly by treatment (P<0.001). By addition of Ile, FI and ADG increased until treatment 4. Afterwards a steady state was achieved (Figure 2). For the FCR, only the value for treatment 1 was higher compared to all other treatments (P<0.05). Over the total period, the estimated requirement for FI was 6.18 g/kg SID Ile (52 % Ile:Lys) with the exponential model. ADG was optimised at 6.11 g/kg SID Ile (exponential model).

As previously mentioned a Leu oversupply may affect the requirement of Val and Ile because Leu acts as a stimulator for the common enzyme system and consequently reduces the availability of Val and Ile. However, in cereal-based diets with a low CP value, the Leu content of the diets is usually rather low, this leads to comparable lower Ile requirements. Van Milgen et al. (2012) performed a meta-analysis on studies on the Ile requirement of post-weaning piglets. They concluded that a dietary Ile concentration below the requirement resulted in significant reduction in both FI and ADG as also observed in the present study. A 10% reduction in the Ile concentration below the assumed requirement value resulted in a 15% reduction in FI and a 21% reduction in ADG in the meta-analysis. The use of blood products in a diet leads to high Leu content. Thus, Leu level of feed is a crucial factor for the response to the dietary Ile concentration. In diets without blood products, the Ile requirement was found to be lower than the NRC (2012) recommendations (52% relative to the requirement for SID Lys). The meta-analysis concluded that an Ile:Lys requirement ratio of at least 50% on a SID basis is recommended for post weaning piglets. This is in good agreement with the results of the presented study conducted for CJ Europe by Wageningen Livestock Research.

An excess of undigested protein will not only influence the environment but also the animal itself negatively. However, the results of this study show that piglets in the post-weaning phase respond rather drastically towards lowering the dietary Ile level in terms of reducing FI and ADG, indicating that Ile deficiencies should be prevented when lowering protein level in diets for post-weaning piglets. Obviously, when feeding low CP diets, a correct amino acid balance is one of key approaches for safe weaning without compromising performance.

CJ Europe , a business unit of CJ CheilJedang, is a leading global bio ingredients supplier of feed and food industry, serving the customers across the globe. CJ’s Vision: Beyond Bio, Renew the Earth Our vision reflects our commitment to providing high quality and safe products: amino acids for animal nutrition, MSG and nucleotides for savory foods, allowing our global customers to maintain healthier and better lives. CJ Bio is devoted to the development and production of high-quality products based on its innovative fermentation technology providing high quality feed and food additives. We have 8 state of the art production plants at strategic locations around the world to meet the requirements of customers efficiently. Visit CJ Bio

CJ Europe , a business unit of CJ CheilJedang, is a leading global bio ingredients supplier of feed and food industry, serving the customers across the globe. CJ’s Vision: Beyond Bio, Renew the Earth Our vision reflects our commitment to providing high quality and safe products: amino acids for animal nutrition, MSG and nucleotides for savory foods, allowing our global customers to maintain healthier and better lives. CJ Bio is devoted to the development and production of high-quality products based on its innovative fermentation technology providing high quality feed and food additives. We have 8 state of the art production plants at strategic locations around the world to meet the requirements of customers efficiently. Visit CJ Bio