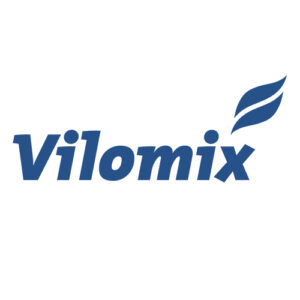 How do you meet the nutritional needs of a piglet? What can you do to stimulate early feed intake during the suckling phase? This article will explore these questions further.

Modern sow herds stand out for their large litters. Their piglets vary in size and are more likely to be small. During the first 3 to 5 weeks, the right feed is critical both to piglet survival and growth.
Several factors influence the performance of suckling piglets. One is birth weight, which is determined by the size of the litter and the feeding of the sow during gestation. Birth weight has a particular effect on the piglet’s development and fattening potential.

New-born piglets also need a constant supply of fresh water, a barn temperature of around 35°C and an iron supplement to overcome their natural deficiency and the low iron level in sow’s milk. The iron should be given orally or as an injection 3 days after birth to prevent anaemia and mortality.
Colostrum is the most important source of nutrition immediately after farrowing (Figure 1). High in antibodies, it provides essential protection against diseases that may exist in the herd. Within the first 24 hours, the antibodies can pass directly through the new-born’s intestinal wall and into the blood stream, reducing the risk of sickness. Sow’s milk should then be available for the first 3 weeks.

Figure 1 – Relationship between bodyweight gain and colostrum intake, measured over the 25 hours after the first suckling.

Once suckling is established, however, there are many benefits to be gained from supplementing the sow’s milk with a tasty milk substitute. When combined with good management practices, this supports producers in raising more healthy piglets per sow.
The milk replacer must always match their age and nutritional needs and can be provided by a manual delivery or cup system.
Before weaning, piglets should have free access to feed to stimulate enzyme production and optimise growth.
Feed should be provided 1 to 3 times a day during the lactation period. Never compromise on nursing feed or the plant-based starter mix. A super pre-starter mix is recommended from day 4 to 5 after farrowing to get enzyme production off to an early start. The feed must comprise easily digestible ingredients, including as many protein sources as possible, such as milk, blood plasma and fishmeal.

In the weaning pen, piglets should be given the same feed mixture as they received in the farrowing pen. Piglets should then start eating earlier because they recognise the feed. To prepare the piglets for weaning, a handful of pre-starter feed can be sprinkled on the floor from the second week after farrowing. If sprinkled near the head of the sow, she will start to eat the feed first. The piglets will then follow her example.
Once the piglets have learned to eat, the feed can be poured into the feeder on the floor. Long troughs are recommended so the piglets can feed at the same time. The pigs should eat all feed within half an hour of feeding to ensure good hygiene and prevent bacteria proliferation.
In the first 20 days, one handful of feed – around 150-200g – is enough to meet the needs of 12 piglets (Figure 2).

By day 24, the same piglets will eat 600-800g. Creep feed intake during suckling stimulates feed consumption in the early stages after weaning, resulting in greater initial daily weight gain.
The animals should weigh at least 7.5kg by the time of weaning on day 28. Total feed intake before weaning is about 0,5 kg.

At Vilomix we deliver customer-specific vitamin- and mineral solutions combined with innovative feed additives to ensure the best results in your animal production. All solutions are based on strong animal nutrition know how. Besides strong premix solutions we also provide high quality concentrates, milk replacers and hygiene products for farmers and the feed industry. Explore more on Vilomix here

Extra focus on hygiene, drying out and bedding for zinc-free weaning

At Vilomix we deliver customer-specific vitamin- and mineral solutions combined with innovative feed additives to ensure the best results in your animal production. All solutions are based on strong animal nutrition know how. Besides strong premix solutions we also provide high quality concentrates, milk replacers and hygiene products for farmers and the feed industry. Explore more on Vilomix here