Oversupply is a threat for Russia’s pig industry

A request to abandon subsidisation of new pork production investment projects has been made by the Russian Union of Pig Producers to the Russian government.

According to the union’s representatives, the growth rate (CAGR) for the coming several years should be limited to 3-5%. If it would turn out to be higher, Russia may face a crisis of oversupply, as consumption of pork is falling while development of export still slips.

The union phrases its concerns as follows: “The ability of the country to commission large new pig farming projects is exhausted. The large additional volumes of pork on the market may cause strong oversupply problems. In such situation RUPP suggests that Ministry of Agriculture in the period of 2016-2017 should not take new investment projects in the area for their subsidising.”

Representatives of business are currently not refusing government money. According to Yuri Kovalev, the union’s CEO, the government should change priorities and allocate support to already operating projects. The support should not be spent on the increase of production volumes, but on the increase in efficiency.

What were the consequences of Russia’s ban on EU pigs, pork and specific pig products? The country stopped importing almost 2 years ago. Time to reflect.

Kovalev explained, “We are not talking about a full ban on the subsidisation of new projects, but about the introduction of some new priority in terms of allocation of grants. We offer to prioritise the modernisation of existing facilities and the development of sub-sectors, rather than increasing of manufacturing volumes.”

According to producers, the industry reached its doctrine goals of food security, so the pig industry is effectively entering a new stage of development. The government should encourage the industry to modernise its pig farms, invest in slaughterhouses, capacities for deep processing, logistics, selection and genetic segment and various other areas.

No place for additional pork

Official statistical data reveal that last year, Russia produced 3.6 million tonnes of pork in live weight. At the same time, over last 2 years consumption for this type of meat dropped from 27 kg per capita to 24 kg per capita and this trend continues decreasing.

According to Evgeni Savchenko, governor of Belgorod Oblast (the largest pig-breeding region in Russia) with the current pace of industry development, Russia may reach pork production of 8-10 million tonnes by 2022.

This would only be possible in the case of guaranteed demand. Previously, it was forecasted that pork consumption in Russia would reach 30 kg per capita by 2017. Now, however, this is decreasing, so Savchenko says Russia will likely have no other choice, but to introduce a quota on pork production within the coming 1 to 2 years, analogue to countries in the European Union.

Plans announced by Cherkizovo in 2015 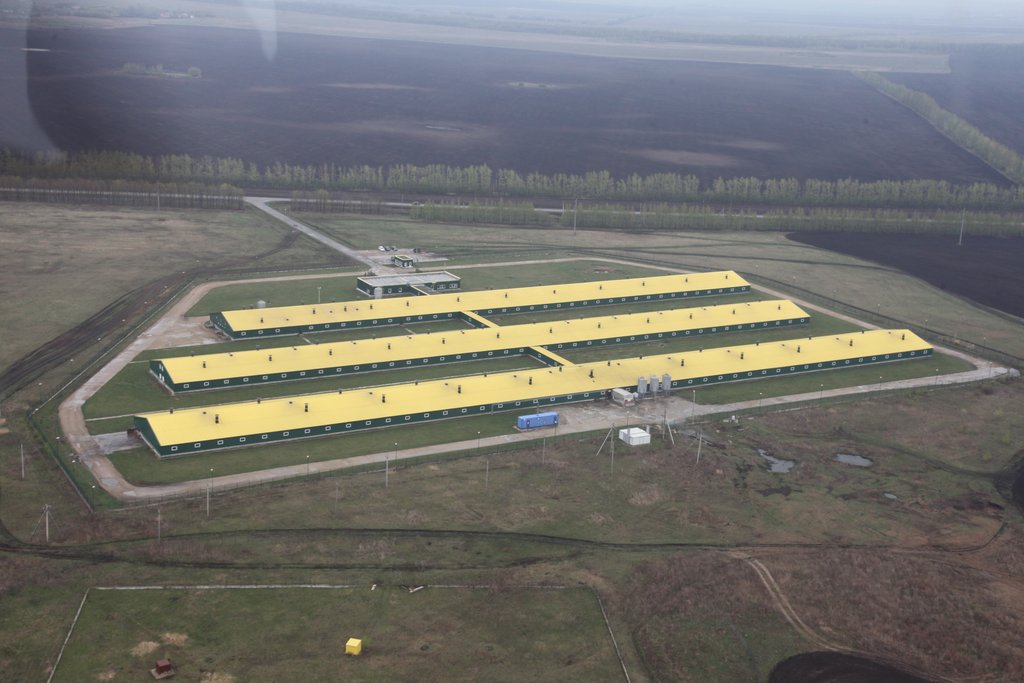 According to estimates by the country’s ministry of agriculture, Russia currently has dozens of new projects in the area of pig farming with the total amount of production close to 1 million tonnes.

Within the government programme for development of agricultural sector once a year Russian budget pays subsidies of 20% from the cost of the purchasing equipment and machines for pig farms.

Cancellation of subsidies may affect a large number of companies, including large pork producers, such as Cherkizovo.