The European Union, just like New Zealand, is heading for a gradual phasing out of farrowing crates. Therefore the question arises: what will the farrowing pen of the future have to look like? A recent Pig Progress webinar delved into that question – answers given are summarised in this article.

The webinar was an initiative of a large group of international pig welfare scientists from many European countries and beyond, who had been meeting frequently to discuss what a future without farrowing crates might look. Under the name ”Free Farrowing,” they regularly meet – and after the latest internal meeting, contact with producers and surrounding industry was the next step, the Pig Progress webinar was the result. 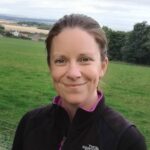 First things first – what is exactly happening in the European Union and New Zealand? Is legislation going to change? That question was addressed by Dr Emma Baxter, senior researcher at Scotland’s Rural College (SRUC) in Edinburgh, Scotland, UK.

In the European Union, the discussion about new legislation is the result of the European Citizens’ Initiative “End the Cage Age.” Dr Baxter said, “A resolution by the agricultural committee of the European Parliament and the Commission, said that by the end of 2023 a legislative proposal to phase out and finally prohibit the use of cage systems for all animals mentioned in the initiative will be put forward – therefore farrowing crates are part of this discussion.” She added, “The European Commission has asked the European Food and Safety Authority to review the literature on all pig legislation by next year and this is likely to inform recommendations for EU level legislation.”

Dr Baxter pointed to Sweden, where the use has already been banned since 1987. In Switzerland since 1997 and Norway since 2000. She said, “All 3 regulations have caveats for temporary confinement for aggressive sows, although they mostly operate zero-confinement being experienced with free farrowing for a long time.”

In addition, various other countries in Europe have announced, ahead of potential EU legislation, to go towards the banning of farrowing crates. In Austria, farrowing crates will be phased out by 2033; similarly in Germany that process will have to be completed by 2036. Interestingly, she said, a phase out is also envisaged for New Zealand’s pig industry by 2025 – even though there, 45% of the sows are kept outdoors. She closed off briefly pointing to the developments in the United States, as the recent Prop 12 rule in California highlighted gestation stalls but does not cover farrowing crates. 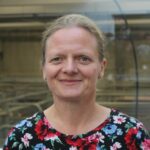 Farrowing pen of the future

Does the new legislation mean that the new farrowing pen is only about welfare? Well, no, said Dr Vivi Aarestrup Moustsen, chief scientist at SEGES Pig Research Centre in Denmark. Producing pork – including farrowing systems – is all about doing it sustainably, i.e. where welfare meets environment as well as money being earned.

She immediately crossed out simple options – outdoor production is somewhat difficult to achieve for all free farrowing systems, for soil type in different regions and for biosecurity reasons. Similarly, also retro-fitting of existing crates to free farrowing pens is somewhat problematic, she said. “The simple answer is “no,” and if so there will be a significant decrease in the number of pens. That is because loose housing includes the opportunity for the sow to turn around – so more space is needed for each pen.”

Figuring out what might work for sows indoors started out with finding out the pigs’ needs, she said, in combination with how human caretakers want them to perform. Roughly three aspects, she said, are standing in the way for developing good new systems. She pointed to:

Dr Aarestrup Moustsen went on to describe that there are a number of initial key decisions will have to be made by producers when converting to free farrowing systems. Decisions which, once made, are relatively irreversible. She discussed each of these:

What should the ideal pen size be for sows kept in free farrowing conditions? In an ideal situation, the sow should be able to turn around. For the sows to turn, a minimum area of 3.17m2 was suggested. Obviously not only the sows should be considered; also the piglets deserve attention – they should be able to run around even when they reach an age of four to five weeks, she said.

A pen should include a creep area, preferably at the aisle in the pig house, she said. That way the piglets can be easily accessed for processing. In addition, she said, “Sows preferred the head to be located as far away from the resting area and the feed trough as possible when eliminating.”

With regard to flooring types, Dr Aarestrup Moustsen said that from the point of hygiene, a slatted floor is preferred. She pointed to the importance of non-slippery floors, which could ensure the controlled lying down movement and the avoidance of injuries. She also pointed, however, to the advantages of having a solid floor. That would provide the option to provide enrichments and straw for nesting material and to reduce emissions.

With regard to manure, Dr Aarestrup Moustsen had interesting remarks to make. She said that when sows are kept in confinement, they will eat and defecate in the same position. When the crates are open, however, they will defecate exactly in the reverse position, making it difficult to use the same footprint of pens with and without crates, as it will have an impact on the choice of floor.

Will farms opt for an option to lock sows up in emergency situations or not? Practical issues can be important to make that decision, for instance whether or not the farm has hyperprolific sows which potentially can lead to neonatal piglet mortality, and whether or not there are nurse sows. Another reason to opt for temporary confinement can be related to the question whether or not it is safe and efficient to work with the animals.

Then – in case animals should be temporarily confined, then how long should it take? She referred to a study of Goumon and others, stating that the “vast majority of studies show a reduction in mortality when some period of crating is imposed.” She pointed to examples from Austria and Denmark where sows are confined until day 4 post-farrowing – this is taking into account the needs of the sows, piglets and the caretakers.

Read also Dr Irene Camerlink’s expert opinion: What will farrowing of the future look like?

Dr Aarestrup Moustsen also mentioned that humans also play a role in making the new system a success. Sows are protective, she says, especially in the first few days after farrowing, which requires a better sow-human interaction. Caretakers can let the sow know they are entering a pen, she said, and could try to avoid upsetting sows.

The future pork production, she concluded, derives from sustainable production, in which welfare is taken into account, but which is also economically, environmentally and socially acceptable. That means, she said, eventually the farrowing system of the future should be a system that is indoors, with high efficiency, low emissions, high welfare for pigs, good working conditions – and that all should also be profitable. 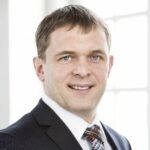 Experiences from a pork producer

The webinar was closed off by practical experiences of swine producer Asger Krogsgaard, owner of Mogensgaard Farm in Western Jutland, Denmark. He has been in pig farming since 1991 and currently owns a farm having 2,750 sows.

Krogsgaard explained how he decided to convert to free lactation systems as from 2017, when it was time to decide how to move on in the future. Together with the next generation, he decided to go for a sustainable approach, with a low environmental and climatic impact, low use of antibiotics, the use of straw and no tail docking.

Krogsgaard said, “We visited five herds with at least 1,000 sows each and loose lactation. We also did a pilot study in our own stables with a few pens of different designs.” Various different decisions had to be made, he said, for instance how to keep a solid floor dry and clean? What will the creep area look like? How will the sows be fed? What type of flooring will we use?

At Mogensgaard Farm eventually it was decided to confine sows temporarily, to have well-designed creep areas and to ensure a high level of hygiene by choosing cast-iron floors. Smart feeding systems were added as well.

Krogsgaard shared performance data – over the last 3 months prior to the webinar he achieved a percentage of weaned pigs/sow/year of 35.6, and a liveborn mortality of 13.4%. On average, each sow nursed 12.2 and weaned 15.3 piglets per litter when including piglets weaned from nurse sows. In terms of investment, he said, it cost 25-30% more than traditional farrowing crates, but he applied for subsidies to cover those costs. In terms of income, he does not receive a premium, but can work with healthy sows, which can wean more piglets, because they look well after them. He emphasised the importance of highly skilled and motivated staff.

He closed off, saying: “If I had to do it again, I would not do it any different. I’m very pleased with the pen design, including the size of the pen (6.24 m2).” One thing he might have done differently would be the introduction of scrapers in the slurry channel to be better able to handle more straw.

Click here to review the webinar, which was broadcasted on November 24