Germany’s policy that aims to reduce tail docking will be evaluated in the course of this year. Yet next steps in the policy steps are already in preparation.

Germany’s national action plan “Kupierverzicht” was launched in 2019, following growing pressure by the European Union on the theme of tail docking. The plan’s goal was to grow the number of intact tails bit by bit. Evaluating the action plan in no way means that the German authorities will stop with the initiatives, stated Luise Ehrlich of the Association for Bioeconomy Research (FBF), in an interview with Germany’s agricultural title Top Agrar.

The exact date of the evaluation is not known yet. This is something that is to be decided by the federal ministry of agriculture, which in turn is dependent on the constituent states, local agricultural organisations and animla health organisations.

Pig producers already working with a test group will have to step up, bit by bit, the number of pigs that do not get docked. To that end, a threshold value of max 2% lesions has been created; when the total amount is lower, the number of undocked pigs will have to be increased.

Initiatives by the pig breeding industry

Apart from the action plan which requires pig producers to be compliant, also the pig breeding industry is busy trying to phase out tail docking. At a recent digital press meeting, the German division of breeding company Topigs Norsvin reported that by now at least 15,000 breeding gilts from long tail breeding farms have been stationed in sow farms.

It is a relatively small percentage compared to the 155,000 gilts sold last year and the projected 172,000 gilts for this year. The company, however, indicated that the use of long tail gilts is being stimulated.

In Finland, tail docking was banned in 2002. Here’s an example of a modern Finnish farm

Germany is Europe’s 2nd largest swine producer in the European Union. Any change in legislation may eventually have implications for surrounding countries, like e.g. Denmark and the Netherlands, who together ship large amounts of weaned piglets across the border for finishing in Germany. 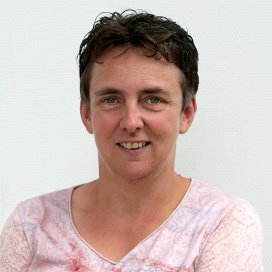 What do Christmas trees have to do with pig tail biting?