Being a pig farmer can be tough and lonely 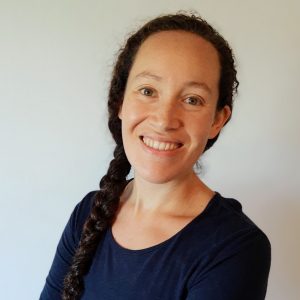 In times of Covid-19, hardly anybody gave it any thought what it must have been like for all those pig producers who were faced with their houses full of pigs and nowhere to go. In her first contribution as columnist, Dr Irene Camerlink touches on a sensitive subject: what can producers do to move on?

When newspapers give full attention to the number of Covid-19 cases, some of its huge consequences are kept silent. The closure of several large slaughterhouses worldwide due to Covid-19 infections in employees is one of the striking examples of this media bias. The newspapers actively reported the number of employees who tested positive, but hardly mentioned the knock-on effects on pigs and farmers.

No space in nearby slaughterhouses

Over 1 million pigs were destroyed or had to remain on-farm, as there was no possibility to process them in a nearby slaughterhouse. Obviously, on an efficient commercial farm there is no free pig space at any time during the year. With pigs piling up, some opted to euthanise animals on farm and halt or interrupt the birth of new piglets.

As primarily animal welfare scientist, usually my concern is with the animals. However, being also trained in human psychotherapy and specialised in mental trauma, my main concerns are with the farmers. The challenges which farmers had to face during this pandemic go much further than the financial losses or moral dilemmas about the destruction of healthy animals.

Affected farmers had to make decisions for themselves, and carry out their decisions with their own hands. This holds a much larger sense of responsibility and the question ‘did I make the right choice?’

When a reportable disease like ASF breaks out, there is (legally) no choice left. It has to be reported and the farm will be cleared, likely by a team of specialists. The situation is thus out of the farmer’s control. It is clearly known that these events have a massive impact on mental health.

How to deal with finisher pigs in overstocked pens?

Farmers have one of the highest suicide rates compared to other professions. What makes the consequences of the pandemic so impactful is the combination of a lack of control along with the need to still take responsibility for a decision, along with the lack of recognition and lack of financial and social support.

It is well known that farming is often a lonely profession, and it may be difficult to open up a conversation with someone about worries or anxieties. Becoming less sensitive to emotions and setbacks seems a necessary strategy to survive in the sector, and an advantage is that it enables one to do the nasty parts of the pig management efficiently. The danger is that it may seem a social stigma to express mental or emotional distress.

Where can pig farmers find help?

Sharing thoughts and feelings with others may not be easy, but does help. In UK and USA there are several organisations and programmes, such as ’Mind Your Head’ and ’Farm State of Mind’, that specifically help farmers to mentally cope better by providing information and advice. For example, this recent video episode on farmer mental health during the pandemic shows that you are not alone in the most toughest of experiences.