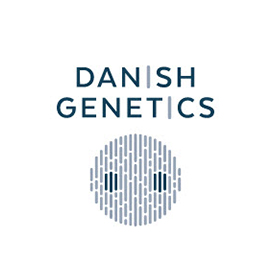 In order to meet a higher level of sustainability, breeding programmes should not only focus on sow prolificacy, but also take into account societally important traits. That means elements such as environmental impact, animal welfare or resilience should be included.

Breeding programmes define the desired change in an animal population in terms of the relative importance of various animal traits for livestock producers. Notably, genetic selection in pigs has focused on economically important traits, such as growth rate in finisher pigs and number of piglets born alive in sows, with great success. Moreover, commercial breeding programmes evolved over time to reflect demand and changes on the relative value of traits in the entire pork value chain and market.

In recent years, improvement of animal welfare and sustainability of the pork-producing sector have received increased attention from the general public and different stakeholders of the pig industry. Therefore, balanced pig breeding programmes are now including and improving relevant societally important traits that show sufficient genetic variation. Those modern pig breeding programmes are already contributing to improve animal welfare and to reduce the environmental impact of pig production by selecting more (feed-) efficient and healthier animals.

Furthermore, increased understanding of the biological background of traits included in the breeding programme and technology development leads to novel options for animal selection approaches.

Sow performance efficiency has a substantial impact on the sustainability of pork production by reducing the number of sows in the herd and producing more output per sow. Selection for robust pigs contributes to sustainable pig production while improving animal welfare. Robust pigs are expected to perform well under varying environmental conditions by being less susceptible to infections and production diseases, such as leg problems, and by having improved longevity.

Sow longevity, defined as lifetime productivity, is a key component for an efficient and profitable pig industry. Underlying production factors such as high annual replacing rates ranging between 40% and 50%, with a high proportion of sows having produced only one or two litters, will increase production costs, decrease the mean farm number of piglets per litter and increase the number of non-reproductive days.

Those factors have unfavourable effects on sustainability due to increased feed and labour costs and reduced output. Inclusion of sow longevity, sow soundness or sow “stayability” indicator traits in pig breeding programmes has proven to be effective to produce sows that can handle different production conditions and produce an increased number of lifetime pigs produced per sow.

Furthermore, a negative genetic correlation has been reported between sow reactions to piglets’ distress calls and piglet mortality and a positive genetic correlation between sow aggressive behaviour towards people and piglet mortality. In addition, there are indications of a link between maternal stress and their offspring’s resilience to stress and diseases.

Hence, it is possible to mitigate adverse effects of maternal stress in the offspring and improve survival through sow behaviour by selecting for genes expressed in the mother leading to reduced wastage of resources, lower risk of disease and less use of antimicrobials, thereby improving sustainability. Numerous studies have shown the genetic background for social interaction in pigs and its genetic associations with efficiency and gain, leading to the possibility of including social interaction and behaviour interaction in the breeding programmes.

The pig sector’s aim to reduce its environmental footprint can be achieved through an increase in outputs while minimising inputs. To achieve that, improving feed efficiency and growth rates has been the focus of many pig breeding programmes in recent years. Although feed efficiency has been traditionally measured by using feed conversion ratio, mainly due to its easy calculation and interpretation, there is increased interest in developing and using new measures that depict feed efficiency more accurately.

Some of these new feed efficiency traits include the use of traits such as feed saved, residual feed intake or direct inclusion of feed intake. All these measures are calculated based on a selection of animal performance measures usually including body weight, average daily gain, backfat thickness and muscle area as proxy traits for animal production needs. Thus, residual traits can be easily adopted by pig breeding companies to improve genetic gain towards more efficient pigs and improved farm profitability.

Besides the benefits of reducing production costs (and increasing resilience to fluctuating output prices), improving feed efficiency in pigs is particularly sensible given their direct competition with humans for edible energy and protein sources. Therefore, it is necessary to meet the demand for animal-derived products by producing animals that make better use of feedstuffs while reducing the impact of waste products.

Genetic improvement for feed-efficient pigs has resulted in increased average daily gain and thus in substantial reduction in the number of days from birth to slaughter. Additionally, improved lean meat content of the carcass, as lean pigs are better at converting feed nutrients into body resources, leads to better environmental and economic sustainability to feed the ever-increasing world population.

In conclusion, balanced breeding programmes have contributed to the sustainability of pork production, and they can provide further through inclusion of welfare and behaviour traits as well as utilising new emerging technologies from gene editing, whole genome analysis, metagenomics and metabolomics technologies that accelerate genetic progress for complex traits of interest.

has more than 100 years’ experience with professional pig breeding combined with world-class genetics expertise. This is the recipe for Danish Genetics – a new strong player in the global pig breeding market. Behind Danish Genetics are 25 of Denmark’s most experienced breeders, vendors and multiplication specialists. Visit our website for more information.

Focus on piglet survival via registration of birth weight

has more than 100 years’ experience with professional pig breeding combined with world-class genetics expertise. This is the recipe for Danish Genetics – a new strong player in the global pig breeding market. Behind Danish Genetics are 25 of Denmark’s most experienced breeders, vendors and multiplication specialists. Visit our website for more information.