Rabobank Q4: As China rebuilds, where will pork exports go?

Global pork demand has rebounded following the Covid-19 disruption, yet in many Asian markets supply remains constrained, leading to sharply higher pork prices. And what is the future of major pork exporters? Those are some of the key topics in Rabobank’s quarterly update.

Due to rising feed costs, weaker economic trends, and slower export growth as China rebuilds its domestic hog supply, hog producers face a challenging outlook. In its analysis, Rabobank wrote: “As China restores its domestic hog production and gradually weans itself off the global market, exporters will be hard-pressed to find alternative markets for these volumes.

Record Chinese pork imports as well as double-digit increases in shipments to other Asian nations hit hard by ASF have kept the fortunes of the global pork industry afloat since 2019.

Christine McCracken, senior analyst – animal protein at Rabobank said, “Stronger Asian demand has been extraordinarily timely as it helped to offset lost domestic demand and weaker exports due to Covid-19. With this shift, China now accounts for over 40% of global pork imports, over 4 times larger than its nearest competitor.”

However, as China restores its domestic hog production and slowly but surely weans itself off of the global market, exporters will face a new challenge of finding new markets for these volumes. McCracken added, “Since its initial ASF outbreak in 2018, China has moved aggressively to re-establish local supplies, and it’s already seeing a rebound in domestic availability. Chinese pork production is expected to normalise by 2024, which will leave a global supply overhang.”

Following the discovery of ASF in wild boar in Germany this September, hog markets fell sharply. Ensuing trade bans on German pork exports force a redistribution of pork within the EU and create additional supply chain disruption. It is likely that exporters in the Netherlands, Denmark and Spain will benefit, whereas German producers are likely to see prolonged market disruption.

To partially compensate for the loss of German exports, Rabobank expects to see stronger exports from other EU markets, although their ability to shift production to meet these export market opportunities is relatively limited in the near term. Rabobank expects that in 2021, pork production in the EU-27 and UK will be flat to down slightly, depending largely on what happens with import bans on German pork in the coming months.

US: Hog prices are up sharply

As limited evidence of pent up inventories remains, while packer interest remains high, hog prices are up sharply in the US. Pork prices are also higher (+22% month-on-month) on strong retail demand and a rebound in export sales that helped boost belly (+25%) and ham (+28%) values.

Rabobank expects that months of disappointing returns will drive a modest contraction in the herd in 2021. Over the summer, US pork exports slowed dramatically (+3.1% year-on-year) as demand from key markets in South Korea and Mexico dropped by double digits and sales to China moderated. However, weekly export sales seem to have stabilised in September, according to Rabobank.

Sales to Mexico have shown notable improvement in recent weeks, Rabobank wrote. Weekly sales figures also show steady demand from China, which, given the ASF-related ban on Germany’s exports, is unsurprising. Although Rabobank expects a solid export growth in the 4th quarter, the bank expects a decline in 2021, driven by lower demand from China.

by a strict control of new incoming breeding animals 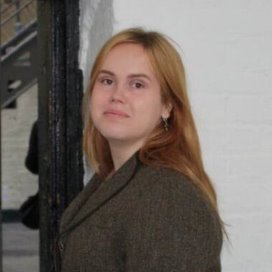