Sow longevity is a critical factor for herd productivity and profitability, because of the high cost of gilt replacement. How to improve sow longevity is a question that can be answered in many ways – one is to focus on the management of dietary Calcium (Ca) and Phosphorus (P) levels. These have an important impact throughout a sow’s lifetime, since it will affect skeletal health and leg integrity.

The age at which sows leave a herd has a significant economic impact on herd output. Professor Ken Stalder, Iowa State University, estimated that a gilt must produce three or four litters to pay for the cost of replacement of an older sow, whereas other scientists like Lucia and Rasmussen proposed an optimal economic lifespan of five parities. However, on many commercial units 40-50% of sows are culled before reaching their third or fourth parity, weaning only 30-40 piglets per lifetime.
PigChamp data from the US reveal that the two major reasons for culling sows early are reproductive failure and lameness (see Table 1). Therefore, management practices reducing the incidence of these two factors are important to improve the productivity of the sow herd. This requires a better understanding of the underlying causes for both reproductive failure and lameness, to enable effective preventive measures. To emphasise the importance of paying attention to this area of herd management, a greater appreciation of the loss in income due to high replacement rates is required.

Gilt replacements
High replacement rates necessitate the purchase of more breeding gilts. The greater the number of breeding herd replacement females needed, the greater the capital requirements for the operation, which will significantly reduce profitability. There is also a disease risk when animals are introduced into the breeding herd. Net present value (NPV) analysis can be used to project the future net income from investing into replacement gilts. Stalder calculated NPVs for gilt replacements to estimate the payback parities of gilts under conditions of high and low feed costs (Table 2 and 3). The calculation includes the price received for market hogs on the income side and feed costs, facility expenses and genetic premiums on the expense side to arrive at the net value, then converting these future earnings into present day dollars. The data show the impact that feed costs can have on the cost of replacement gilts and the parity at which they pay for themselves. This emphasises the importance of sow longevity, particularly as feed costs increase.

Foot/ leg problems
Lameness and foot/leg problems are important causes of culling young sows with an incidence of around 15% (Table 1). However, the actual number of sows with leg problems could be higher since most sows only have one reason for culling reported. For example, lameness could have been an underlying reason for some of the sows being culled for ‘reproductive failure’. Lame sows are less reluctant to stand for feeding and drinking, predisposing them to further body condition loss, urinary tract infection and subsequent reproductive failure.
Lameness in sows is affected by breeding, floor type, body condition, bone strength/ mineralisation and osteochondrosis. Osteochondrosis (OC) is a disturbance of the endochondral ossification during skeletal growth and is considered the main cause of leg problems in pigs. Several studies have shown an effect of housing system on leg problems related to OC in pigs. Studies demonstrated that pigs housed on straw bedding showed less leg problems compared to pigs housed on conventional floors. In a more recent study, deep litter housed pigs, in combination with a higher space allowance, showed less OC than conventionally housed pigs. The type of flooring can also increase the risk of injuries. For example rough flooring can damage foot pads or cause cuts and scrapes, which again can be infection sites for bacteria that can cause lameness.
Nutrition is another factor in sow leg problems, since skeletal development, leg structure and integrity in sows are to a large extent associated with calcium and phosphorus reserves. These reserves will be affected by dietary levels of calcium and phosphorus throughout the sow’s lifecycle. Nutrition also has an effect on body condition of pigs with implications for lameness, re-breeding and litter size.Other scientists showed that the level of calcium and phosphorus nutrition influences skeletal development in gilts and that this will have a carry-over effect on bone structure and consequent lameness in the first lactation. Therefore, feeding for maximum bone mineralisation during gilt rearing can have an important impact on the incidence of lameness. However, maximum bone ash accretion in pigs requires dietary mineral levels higher than that required for optimum gain and feed utilisation. More recent data shows that bone mineralisation in pigs during the later gilt rearing stages depends largely on bone mineralisation achieved during the early stages of growth and development (i.e. from weaning to 30 kg). The conclusion was that dietary calcium and phosphorus levels in the weaner stage are critical to bone mineral reserves at 100 kg body weight. Furthermore, the routine inclusion of phytase in weaner diets could alleviate the need for diets supplemented with relatively high levels of inorganic phosphate, yet still result in the gilt having increased bone mineral reserves at 100 kg.

Bone minerals
With the top pig producing countries aiming for 35 piglets per sow per year, the nutritional demands on these sows is very high, including both macro- and micro-minerals. Research comparing the mineral bone reserves of sows over three parities versus non reproducing gilts of the same age demonstrated that most of the minerals were lower in sows that had reproduced. Particularly high losses were associated with Ca and P.
Furthermore, the data showed that sows with bigger litters had a greater loss of minerals than sows with lower productivities. The critical stage of mineral loss for the sows appeared to be during late gestation and lactation. This research highlights the importance of adequate Ca and P nutrition in breeding sows during the rearing and breeding phase to prevent depletion of bone mineral reserves that could subsequently lead to feet and leg problems, particularly in sows expecting to produce 35 piglets per year. To enable the maintenance of strong and healthy bones it appears that the dietary supply of Ca and P during late pregnancy and lactation is particularly important, which will avoid excessive mobilisation of bone mineral reserves.

Optimising P and Ca
One strategy to ensure good bone strength in the sow may be to simply increase dietary Ca and P levels, and hope for the best. However, this is neither an efficient nor healthy approach for the sow. Adding high levels of inorganic phosphorus to diets is not only costly, it also tends to increase the level of Ca in the diet if fed (e.g.) as dicalcium phosphate. Excessive levels of dietary Ca can predispose the sow to urinary tract infections due to increasing urinary pH, lowering the sow’s defence mechanisms against invading pathogenic bacteria in the urinary and reproductive tract. This can also lead to increased fertility problems in sows. A more cost-effective and healthier approach is to improve the utilisation of P in the raw materials used in pig diets. This approach also has consequent environmental benefits by reducing P output.
The majority of P in grains is present as phytate, which is unavailable to the pig. A recent global survey, conducted this year by animal nutrition company Danisco, confirmed that 78% of phosphorus in wheat and 88% in corn is present as phytate. Phytate not only affects the availability of phosphorus, but also the availability of calcium through its anti-nutrient effects. The solution to this problem is phytase, a phytate degrading enzyme. Adding phytase to the pig’s diet, will help to degrade phytate in the pig’s stomach. This will release phosphorus and reduce the binding capacity of phytate to calcium, which again will increase the availability of both phosphorus and calcium to the pig.
Numerous trials in weaner and grower-finisher pigs have shown that phytase enables a reduction in dietary phosphorus and calcium in pig diets without detrimental effects on pig performance. Furthermore, there is a linear response to phytase in fibula bone ash, which is an indicator for bone mineral reserves and bone strength in pigs (Figure 1). University trials carried out in the US and Canada showed that phytase increased the digestibility of phosphorus and calcium in pregnant and lactating sows (Figure 2 and 3).
Therefore, phytase is an effective tool for increasing the availability of dietary phosphorus and calcium to the pig. Nutritional strategies to develop and maintain high bone mineral reserves of breeding sows to prevent subsequent leg problems should therefore include the use of phytase throughout the sow’s life cycle.

Conclusion
P and Ca levels in gilt rearer, gestation and lactation diets must be managed carefully in order to maximise the health of sows, and their retention in the herd. Failure to maximise sow retention in the herd has a big negative impact on the economics of pig production. The critical stages in the sow’s life cycle, during which dietary supply of phosphorus and calcium have the greatest impact on bone mineralisation and strength are from weaning to 30 kg and during lactation. Phytase is a useful tool to increase the availability of phosphorus and calcium in diets and meet requirements for maximum bone mineralisation and maintenance of bone mineral reserves, without adding excessively high levels of inorganic phosphate and calcium to pig diets. This also helps to reduce the phosphorus load on the environment. 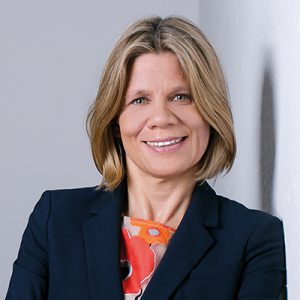