The cooperative Castrolanda, in the heart of Brazil’s Paraná state, is rapidly professionalising its swine production. Having recently built a breeding facility for all the production of piglets for its members, next steps are being taken to have a slaughter plant constructed as well.

This article is not about just a swine farm. It is about a lot more. Castrolanda Cooperative is about all kinds of agricultural produce. Milk and crop production are the most significant among them. Together they make up respectively 30% and 27% of the cooperative’s income, see the grey box on page 20. The cooperative, located in the middle of vast and endless countryside, has been booming for many decades now. 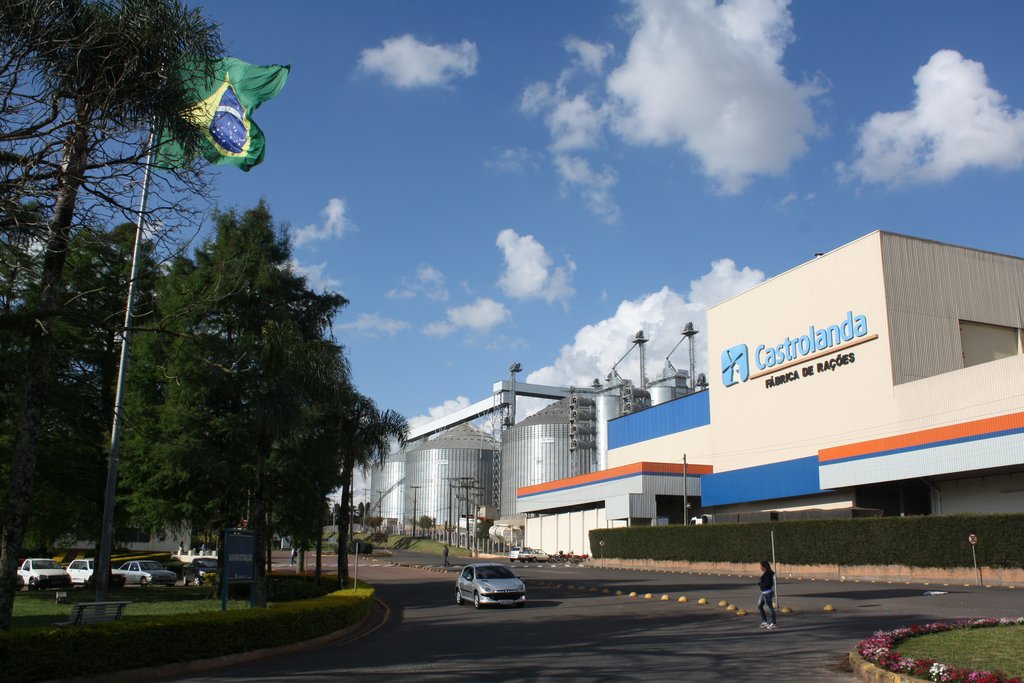 Swine production, therefore, is just only one of many activities at Castrolanda. Richard Borg, one of Castrolanda’s chairmen and producing pigs himself as well, tells swine production has been present in the cooperative since 1967. He says: “Many farmers in our cooperative are strong in crop growing. To diversify their sources of income, they sometimes have started keeping pigs as well – most of them finishing them. This is usually all they can do – for them it is impossible to manage the whole farrow-to-finish chain.”

As from 2002, Castrolanda’s swine production figures ceased to grow and production levels did not increase for several years, see Figure 1, on page 20. To curb this figure, Castrolanda set up a master plan in 2005. The cooperative took the initiative to have a 5,500 sow breeding farm built in a quiet corner of the 131,600 ha colony. This would take away the need to breed the pigs themselves or to purchase piglets from elsewhere – growers could simply buy the pigs from inside the cooperative. In addition, it allowed other farmers to join in producing swine as producing had become a lot easier.

Getting to the breeding facility is a story in itself. From the colony’s headquarters it is about a 15 km ride, using increasingly smaller and more dusty roads. Driving right behind a feed truck thus becomes a ride in a yellow cloud.

After 20 minutes, however, from the haze a touringcar appears in sight. Behind it, a long fence can be sen as well as a road, equipped with a barrier and a biosecurity sluice. The visiting public is told to migrate from car to bus and on it goes – through the sluice, uphill. Finally, located in the midst of forest, and flanked by a steep slope down offering great sights, the farm moves into sight. How much natural biosecurity does a farm want?

The breeding complex, which is 300 ha in total, consists of two sites: One contains the weaned pigs, until about 22 kg (65 days), after which they will be transported to finishing farms owned by the cooperative’s members – more about this a little later. The main facility consists of offices, a boar stud, a GP breeding section, eight gestating houses and four farrowing houses.

The office building is equipped with a lot more than just an office and showers – it also comprises a wide variety of facilities for the farm workers – not a surprise given the farm’s remote location. These extend from a canteen serving a lavish lunch buffet, freshly prepared by the farm site’s own kitchen as well as a snooker room. Outside is also a soccer pitch. Outside, the emphasis on staff welfare is shown by a sign proudly informing the visitor that in this ‘leitões’ building, no grave accident involving employees has happened for the last thousand days – a record.

Piglets drinking at a sow.

Furthest away from the office building of the 17-barn complex is the boar stud. Around 33 Duroc boars are being housed here. Their semen is taken from them on an on-site dummy

sow, after which this can be used to inseminate the GP sows or the mother sows.

Gilts, destined to be the next replacement sows, are reared in a house right next door. They are inseminated for the first time when they are 235 days old – or 140 kg.

The other buildings of this main complex is used for the breeding of commercial piglets. In total, eight buildings are used for gestating sows and four for lactating sows. All are housed in naturally ventilated buildings, with curtains on either side which can be hung there depending on weather conditions. Sows are kept in crates during gestation.

The sows are fed a pelletised diet of corn meal, soybeans and wheat middlings, complemented with a premix of vitamins and minerals.

Richard Borg, chairman of Castrolanda: “Most of our members used to focus on maize production or dairy cows.”

The weaner complex is located at about 1.5 km away from the main breeding complex. It is a relatively steep ride through foresty area before this facility is reached. Surrounded by fences to keep off wildlife, the weaner houses are also naturally ventilated. As an extra protection against potentially cold nights in the winter months, a cover can be drawn over the piglets as can be seen in the picture on page 20.

The weaner facility consists of seven weaner houses, each with a capacity of 3,200 weaners. In total, the facility can house up to 22,400 weaners. They will stay here until the age of about 65 days (22 kg), which is the moment they get transported to the individual cooperative members for finishing. At the weaner facility, they are given a pelletised diet of dairy products, extruded soybeans, corn meal, acid additives and complemented with a premix of vitamins and minerals.

In the weaner facility, a cover has been put in place to ensure warmth even in colder months.

The new breeding pig complex has certainly not missed its effect, Borg explains. Production figures for tonnes of pork produced have risen ever since 2006 again – production levels are currently approximately 50% higher than they were in 2006, see Figure 1. Many of this is due to the rise in the number of producers adding a finishing facility to their farms, Borg says.

There is more to come, Borg reveals. Castrolanda would like to build a swine slaughterhouse, with a joint contribution of both the pig farm members and the cooperative. It is hoped that this next phase of development of Castrolanda’s swine business will be ready in January 2014.