Pig welfare, feed management and health issues like PEDv, PRRSv and antibiotics. They were all touched on during the latest edition of the Banff Pork Seminar, held in Banff, AB, Canada, 12-14 January.

With almost 800 attendants, the Banff Pork Seminar was held in one of the most beautiful venues in Banff, the Fairmont Hotel.

Among the most relevant speakers were Temple Grandin – ‘How consumers view animal welfare’ – presenting some very interesting facts about the lack of knowledge consumers have about the improvements achieved in the last years in the industry, in particular in abattoirs, being young people the group with higher lack of basic knowledge of animals and agriculture (she presented data from some surveys in UK where 50% of young adults could not connect pigs with bacon).

She highlighted the position where for them, values matter, in particular related to animal welfare and the trend to trust more in farmers (53%) than in food companies (17%). Finally she encouraged the livestock industry to promote a positive respond by means of the social media that they routinely use instead of do nothing or just react to activists.

Mike Tokach presented some facts about ‘Optimizing feed and farm management to market conditions’, including the difficult dilemma between efficiency and throughput, some tools to decide better which is the best market weight based on feed and pig prices and how to manage sow inventory in different market (not volatile) situations.

He addressed some nutrients that influence feed intake and growth rate without having a great impact on caloric efficiency in different economic situations, avoiding the temptation of decrease protein and lysine levels when market hog prices are low. He concluded that when pork production is profitable maximising throughput and weight will be the choice but when not profitable, efficiency is the driver.

Ruurd Zijlstra presented some recommendations for ‘Alternative feedstuffs and feeding programmes for nursery pigs’ showing the good response of piglets to oat groats instead of barley for a better feed gain.

He concluded that feed cost pressure might be more severe for protein than for energy and the advantages of using dietary carbohydrates to control gut health and performance.

Since Canadian industry has decided to move to group housed sows, some lectures focused on showing that high productivity can be achieved with this system, as Larry Coleman presented, reviewing factors such as inaccurate feeding, social stress, training difficulties, heat detection and general sow management.

In the biosecurity session, Doug MacDougald held a presentation titled ‘Canada’s response to PED and what is next for emerging disease strategy’. He summed up some practical cases and had a plan for comprehensive and sustainable swine disease strategy for the country.

Rick Peters presented a good lecture on ‘Biosecurity and risk management in transportation’ including the most relevant factors, such as drivers, trailers, yard and on farm-biosecurity, wash and drying bays and under-carriage wash. He concluded that biosecurity goes beyond of physical aspects and must include training and education and good communication among companies and institutions.

Another very interesting lecture came from Nick Serao, titled ‘Genetic improvement of sow and gilt reproductive performance via PRRS immunity’. He showed that host response of nursery pigs to Porcine Reproductive and Respiratory virus (PRRSv) infection was found to have a sizeable genetic component under controlled experimental challenge studies and could be used to select pigs that are less affected by PRRSv infection in terms of growth rate, leading new ways for development of more effective vaccines and therapeutics.

In the same session, John Harding talked about ‘PRRSv and the pregnant female’ presenting the ‘pregnant gilt model’, a large-scale multidisciplinary project aiming to understand the mechanisms associated with transplacental PRRSv infection and identifying phenotypic and genotypic biomarkers of resilience to reproductive PRRS. This model is substantially complete and has provided important deliverables for the swine industry.

A good session on responsible use of antibiotics was held where Gail Cunningham showed the principles for quantifying antimicrobials use and some good tools for that both globally and in America, such as Danmap and Vetstat.

2 very practical lectures followed, by Frederic Beaulac on ‘Controlled use of antibiotics’ where he remarked on the importance of understand these tasks as a shared responsibility involving every stakeholder in the sector to be aware and support the efforts that producers will have to make to overcome this challenge.

A final one from Francis Simard about ‘Responsible use of antibiotics from a feed and management perspective’ using the European experience to reduce its use, reviewing key factors and strategies affecting pig health, such as cross contamination or stressful conditions or the use of feed additives.

During the seminar an ‘Innovators Club’ session was supported and organised by the Prairie Swine Centre aiming to join ideas and practical innovation and research worldwide to promote it into the sector. 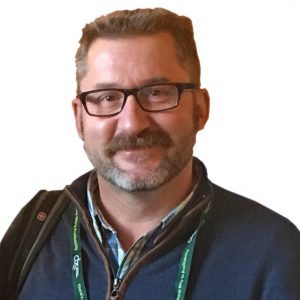