Every pork producer expects sows to produce large litters of healthy piglets, all surviving the difficult days of birth and lactation. Litters should always be homogeneous and sows should quickly be ready for the next cycle. What contributes to this goal?

These days, a lot is expected from highly prolific sows. They should be able to farrow a lot of healthy, homogenous  piglets per litter, strong enough to survive the difficult time of farrowing and right after weaning. Simultaneously, sows are expected to come back into heat soon after weaning and to be able to deliver a fair amount of litters. It cannot be taken for granted that sows genetically deliver what producers expect. The sows are always in need of attention and a proper treatment. Some of the sow management tools are obvious but others are easily ignored or are simply overlooked.

Recent research findings tell that there is still a lot to be learned about how to meet genetic potential of the modern highly prolific sows. Maximising the output starts with proper feeding to secure growth and maintenance, while management, housing and health will support good reproductive performances over many years.

Dr Nathalie Quiniou, researcher at the French Pork and Pig Institute (IFIP), looked into these subjects and concluded that feed and feed management play an important role in the reproductive performance of sows as well as the survival rate of piglets. Based on her findings, some of which were recently presented at Zinpro’s Feet First Seminar in Castelldefels, Spain, Quiniou suggests to supply extra feed to sows during the first month of gestation in order to increase their reserves (see Figure 1andFigure 2). Providing extra feed during the last weeks of gestation, when they are carrying their litter, improves farrowing process and piglet vitality. This way the sow should have enough body weight/ back fat to allow an increased body weight loss during lactation. Her advice is for sows to have a target back fat thickness at farrowing, depending on the breed and farm. To achieve a bodyweight loss during lactation no more than 20 kg a back fat at weaning not below 15 mm and litter weight around 100 kg at 28 days: 17 or 20 mm for an average feed intake during lactation of 6.3 or 6.7 kg/ day, respectively. To maintain bodyweight during lactation, producers should warrant optimal housing conditions, especially where it concerns the in-house temperature and consequently sow temperature. It therefore is advised to decrease the sow’s own heat production by providing diets with a low thermal effect during metabolic utilisation. This means decrease the crude protein content (by keeping the same level of essential amino acids) and increase fat content.

Quiniou also suggests to provide primiparous sows with more concentrated diets than sows that have already delivered one or more litters, so they can mobilise less body reserve to meet their requirements for milk production.

Besides these sow feed management issues special attention should be given to the composition of the feed. The diet the sow receives influences the weight, vitality and health of her piglets. Quiniou looked into the issue by replacing starch for lipids as energy source and discovered that this switch did not influence the homogeneity within the litter but increased piglet vitality and survival rate of low birth weight piglets (Figure 3). Due to the increased vitality low weight piglets have more strength to get access to the beat teats to consume colostrums, which in turn provides them with more energy and makes them less sensitive to cold exposure and better stimulates their immune system.

Besides an increase bodyweight of the piglets TMC’s also has a positive effect on the physical condition of the sows. They demonstrated a lower weight loss during lactation (24% less), a decreased culling rate, a shorter wean-to-oestrus interval and a tendency for increased sow retention, conception and farrowing rates. These findings reflect results seen in other animal species.

Economics in pig production dictates sows should deliver a large number of piglets per litter and that she should produce during her life many litters. The more litters per sow, the lower the maternal costs per piglet. This means that the maximum should be done to keep as many as possible piglets per litter alive.

Apart from feed and feed management aspects, farm managers have to provide the best possible housing system allowing the sow to raise her piglets. Where in the past farrowing pens were the standard today in many countries animal welfare regulations are forcing the use of loose housing systems. These systems require management techniques that in many aspects differ from those used in farrowing pens in which the sow is restricted in her movement.

These findings show that major steps can be made forward in producing more healthy piglets when more attention is given to sow nutrition, housing and management during her whole productive life.

Genetically pigs still have a strong motivation to build a nest before parturition. From about 24 hours before parturition, nest building starts and this behaviour becomes more intensive between 16 and 8 hours before parturition. Nest building behaviour is a fixed behavioural pattern that does not have to be learned and consists of elements that are also displayed to explore the environment, amongst others rooting, sniffing, biting and chewing on different materials.
Nest building behaviour in pigs is important for maternal behaviour both before and after parturition. For example, loose housed sows that have access to nesting material react more to piglet screams than sows that do not have access to nesting material.
In intensive pig husbandry systems, sows often do not have access to nesting material, which may lead to frustration and reduced performance. It may even lead to a longer duration of the parturition and may negatively impact piglet survival.
Source: A.I.J. Hoofs, Wageningen UR, the Netherlands 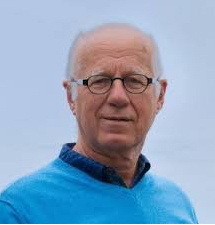