From piglets to the shop counter – the company RubiKom in Kazakhstan produces, slaughters and cuts the pigs all by itself. After processing, the meat and other delicacies are sold in own shops throughout the entire country.

Dunes, mountains, foresty areas and an abundance of raw materials. Add to that, huge steppe areas, semi-deserts and deserts – in summer it can literally be so hot that plants just wither away. This is Kazakhstan, republic of an enormous versatility in terms of flora and fauna. In terms of area, Kazakhstan is the world’s ninth biggest country.

For agricultural purposes, about 13.23 million hectares are being used, which is quite a feat, considering the stringent season changes. In winter time, temperatures can drop to as low as – 30°C (-22°F). In summer, however, thermometers can show a positive of 40°C (104°F).

For meat production, predominantly poultry, sheep, goats and cattle are being consumed, followed by horsemeat. As about 70% of the country’s 18 million inhabitants are Muslim, there is not a very strong culture of pork consumption. With a total population of 1,057,000 head, pigs close the livestock ranks – on the upside, there is potential for growth.

A good example of a large scale swine business in Kazakhstan is the private agricultural company RubiKom, in Pavlodar, a city of 351,000 souls, in the country’s north east. The company, having 1,100 sows, is active on an area of about 2,000 ha. The company was founded in 1994, by Ingo Ruf, a Kazakh, after the buy-out of a kolkhoz (collective farm) project. Currently the company produces about 17,000 finisher pigs per year for meat production.

The agricultural company grew gradually since its start in 1994. Nowadays RubiKom employs about 250 employees in fields as diverse as arable farming, feed production, livestock production and meat processing. True to their motto ‘from stable to gable’, the company breeds, finishes pigs as well as slaughtering, cutting and processing. This way specialty foods have come into existence, including various types of sausage. They are being sold in own shops throughout Kazakhstan.

Health & hygiene
RubiKom’s pig inventory consists of ‘minimal disease’ (MD) piglets, with a high health, which have been imported from Canada. The animals are being held in both reconstructed as well as newly built pig houses. The pigs are being looked after by agricultural staff as well as three veterinarians, to make sure the population remains in a hygienic and healthy condition. Every now and then, sows suffer from mastitis, metritis and agalactia (MMA) and need treatment. In the winter months, growers might develop a cough, due to mycoplasma infections. Finisher pigs suffer from diarrhoea, caused by e.g. Lawsonia intracellularis. From time to time, PCV2 can cause respiratory disease, in turn leading to lower feed intake when coinciding with secondary bacterial infections in winter months. For all these reasons, the vets examine every pig showing disease symptoms. They also do post mortems and take blood samples to be able to come to the right treatment.

Sows
All 1,100 sows (Large White x Yorkshire x Duroc boar) are also subject to this process. National laboratories in Pavlodar and Russia randomly test their blood at least twice a year for e.g. African Swine Fever (ASF), Classical Swine Fever (CSF), brucellosis, Porcine Circovirus 2 (PCV2), Aujeszky’s Disease (pseudorabies), Foot-and-Mouth Disease (FMD), tuberculosis, parvovirus and Porcine Reproductive and Respiratory (PRRS) virus. Until now, the pig population at RubiKom has been free from any classical animal diseases. In order to keep it that way, the sows have been vaccinated against parvovirus, PCV2 as well as mycoplasma since May 2012.

The sows at RubiKom farrow in groups of 40 in modernised farrowing rooms. All sows are inseminated; for semen production, boars are available in an on-site stud. The semen is collected three times per week and ejaculate is being diluted into six portions.

The company hopes to achieve 100% batch farrowing in separate departments. For that reason, all gilts will have to be synchronised using gonadotrophin, a hormone influencing the follicle growth and growth of the corpora lutea. In addition, ovulation will also have to be synchronised, in order to be able to inseminate simultaneously. The same goes for the farrowing: Birth should be induced simultaneously, so that one can use clopostenol at the 114th day of gestation.

Piglets
Currently production figures are at 2.2 farrowings per sow per year, with piglet mortality being at 1.5 to 2.0 piglets per litter. Tails are not cut, as cannibalism has not proved to be much of a problem at the farm. Weaning occurs at 28 days, with numbers of piglets being weaned per sow per year being 24.

After weaning the piglets will come in renovated, partly newly built flatdecks. In group sizes of about 40 animals, the piglets are being grown until a weight of about 35 kg. In the future, the farm hopes to implement an all-in-all-out management system, to improve hygiene management, reduce disease pressure and improve the finishing results.

Finishers
After the grower phase, the pigs are sent to the finishing facilites, also in groups of 40, again in either renovated or newly built buildings. The complete equipment installation was delivered by a German company and was constructed on-site. In the cold winter months, the pig houses are heated using a warm water heating system.

The growers and finishers usually live on self-made, fully slatted floors of concrete. The used air in these sections is blown away underneath the floor. One of the farm staff regularly tests the pig house air, especially in winter. At these occasions, both temperature and air humidity as well as ammonia and carbon dioxide levels are measured.

Feeding
The pigs are being fed using own automatic liquid feed systems. Ingredients include grains and soy, with added elements like minerals and vitamins. Interestingly, the feed is being grown by RubiKom itself, as since 2008 the company has had a mixing feed plant. This includes silos with a storage capacity of 9,400 tonnes as well as a feed mill. A total of 19 full ration mixed feeds are being produced here, for pigs, ruminants, poultry and fish – all to international standards with a production capacity of 20 tonnes per hour. The production is produced for their own livestock population as well as several external buyers.

Employees compose the feed recipes themselves. In a laboratory, experts check the raw materials and ready made feeds for dry matter content. Using sieving analysis and a light microscope, the quality of individual ingredients are being tested as well.

Mycotoxin binders are also added to the pig feed, to reduce the effects caused by mycotoxins. Per year, about 8,000 to 10,000 tonnes of feed are being produced. About 65% of the finisher pigs costs are made up of those for feed.

Slaughterhouse
Approximately 17,000 finisher pigs are being finished to a weight of 120 kg in an all-in-all-out management system. Their average daily gain in 2012 was 610 g. The price for a kg bodyweight (slaughterweight) was about €3 in Kazakhstan.

Far away from the pig farm, currently four new finisher houses are being built, with a capacity of 4,040 finisher places. In the future, per year about 63,500 finisher pigs need to be slaughtered and processed. This as well will have to happen in an own facility, as RubiKom currently has an own slaughterhouse with a capacity of 20,000 animals per year. The facility has been built up according to European standards. There are two slaughterlines, pigs and sheep are processed, on the other cattle and horses.

Pigs are stunned electrically, with other animal species a captive bolt pistol is used. After slaughter, an independent veterinarian will examine the animals and research their bodies and their organs pathologically.

In case irregularities are found, these are reported to the farm vets immediately, who can use these data in their own swine treatment progammes. Once the slaughter facility calls it a night, the employees cleanse and disinfect the complete facility.

Cutting and processing
The carcasses will end up in the cool storage rooms, for meat maturing purposes. Next, the employees will cut off the meat in separate parts in a special cutting room – which is all done manually, using knives. It then goes to the processing rooms. Here the parts are further cut and converted into sausages, shaslick, cutlets, steaks and other products. Spices, imported from Germany, are added to several sausages. In total, over 150 kinds of sausages are produced.

In order to get fresh produce on customer tables without losing any of its typical characteristics, RubiKom decided to establish its own trade network. Two supermarkets and six department stores therefore have been started throughout the country. In own transport and cooling vehicles, the products are distributed to the various markets.

This report has been reprinted with kind permission of the German trade magazine DLZ Agrarmagazin (Primus Schwein), in which the feature appeared in German.

Dr Med Vet Busse is working as a honorary advisor in several countries on behalf the Senior Expert Service (SES) in Bonn, Germany. Previously, he worked at the German Animal Health Service. 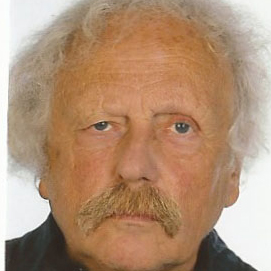