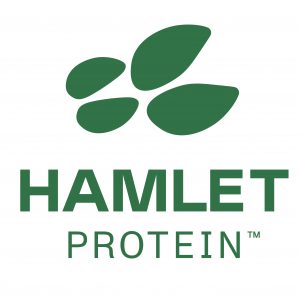 What is fibre and where does it come from?

Fibre has traditionally been viewed as a negative component of the diet, particularly in early nursery. This perception stems from uncertainty surrounding the role of fibre in nutrition and health. The uncertainty is a consequence of an incomplete understanding of what fibre is, how it should be measured, and what happens to it in the body.

Dietary fibre is ubiquitous and practically unavoidable in animal feed, but some ingredients are more fibrous than others. Cereal grains, oilseed meals, and ethanol byproducts contain varying concentrations of fibre. Not only do their fibre contents vary, the types of fibre are also different. For example, the structure of arabinoxylans in wheat are more branched than the structure of arabinoxylans in corn. Fibre is defined as indigestible carbohydrates or lignin from plant material that have physiological effects on humans and animals. It is considered indigestible because fibre cannot be broken down by enzymes produced by the body. However, digestibility trials indicate that some fibre fractions do in fact disappear from the digestive tract. This is because certain fibre fractions may be fermented by the gut microbiota.

Pros and cons of dietary fibre

Fibre reduces the available energy in the feed because fermentation is a less efficient source of energy for the animal. In addition, high levels of dietary fibre have been shown to reduce digestibility of energy, protein, and minerals in monogastric animals. These must be considered when formulating high-fibre byproducts (e.g., distillers’ dried grains, wheat middlings, sugar beet pulp, soy hulls, rice bran, etc.) into the diet. However, these ingredients may also contain factors that reduce performance, such as mycotoxins in distillers dried grains or β-conglycinin in soy hulls, that can easily be overlooked.

We can use high-fibre ingredients to effectively limit feed intake in gestation, improve laxation in lactation, or simply to reduce the cost of the diet. Fibre supplementation in the nursery is used to address health challenges and improve stool consistency, but it is not a “plug and play” solution. There are a multitude of factors that contribute to post-weaning diarrhea and accurate diagnosis should be the first step in solving the problem before any intervention.

Fibre should be viewed as an essential tool in a toolbox, not a cure. Does that mean that fibre should only be used in health-challenged scenarios? No, insoluble fibres stimulate movement of digesta through the intestinal tract to prevent stasis and proliferation of pathogenic bacteria. Prebiotic carbohydrates may improve performance by aiding the maturation of the gut. The key is to know what fibres you are working with because not all will give you the same result.

How do we measure the effectiveness of fibre supplementation? Similar to evaluating other feed technologies, first we define our metrics for success using variables that are easy to measure. If the objective is to reduce post-weaning diarrhea and improve health status, does it make sense to conduct fecal scoring or monitor the number of falloffs and mortality? If we are feeding sows, is it simpler to measure feed intake or sow condition scores? The challenge is effectively measuring these metrics that are practical on the barn level. If evaluating return on investment, it is important to consider the other components of the diet. If a fibre solution contains prebiotic carbohydrates and increases production of butyric acid, it may be possible to remove feed additives with similar modes of action.

Role of fibre in the future of animal production

Constantly changing regulations in animal agriculture closes the door for many feed technologies while opening it for others. The use of pharmacological levels of zinc oxide has been proven successful in addressing post-weaning diarrhea, which led to its worldwide adoption after strict regulations were put in place to limit the use of antibiotics. However, the use of pharmacological levels of zinc oxide is now starting to be phased out in many regions which prompted the search for alternatives. Many are lowering crude protein in early nursery diets and investigating other feed technologies. We must be proactive, rather than reactive, when it comes to nutrition by improving gut health to produce a robust herd.

Fibre and its role in sustainable animal production

Fibre will play an increasingly important role in animal nutrition and a sustainable animal production system. There are many potential synergies to be explored with fibre, such as its use with enzymes and probiotics. The goal is not to completely break fibre down into simple carbohydrates using various enzymes, but rather to hydrolyze specific linkages in its structure to make certain substrates more accessible to both the animal and its microbiota. These substrates may serve as smaller links of prebiotic carbohydrates that are cleaved from larger carbohydrate structures or even certain nutrients that were encapsulated within the fibre matrix.

Fibre application may also have potential implications on the environmental impact of swine production. High levels of dietary fibre may shift nitrogen excretion from urea in the urine to ammonium in the feces. Ammonium in the feces is a more stable form of nitrogen, reducing the amount of nitrogen released into the atmosphere as ammonia and improving the value of manure as fertilizer. High concentrations of ammonia in the barn will negatively affect animal performance and can cause health issues in humans. Trapping the nitrogen in the manure will result in healthier animals and a safer working environment.

HP FiberBoost is an enzyme-treated functional fibre solution that combines the physiological benefits of insoluble fibre and the stimulating effect of prebiotic carbohydrates on gut health. Specific enzymes hydrolyze sections of the carbohydrate structure to reduce viscosity while maintaining the desired physical characteristics of fibre. This targeted cleaving enhances the concentration of prebiotic carbohydrate fractions that stimulate beneficial bacteria in the hindgut to produce significant amounts of butyric acid.