US study: Flies can spread PEDv

A US study conducted earlier this year confirms that even a few flies have the ability to infect pigs with Porcine Epidemic Diarrhoea virus (PEDv).

Flies captured on swine operations amid outbreaks of PEDv and Senecavirus A, tested positive as carriers of the viruses in Iowa and Minnesota studies, respectively. In the case of Senecavirus A as well as PEDv, flies transmitted live virus – the first known such findings in a commercial setting.

Veterinarian with plenty of PEDv experience

The man behind the research is Grant Allison, DVM, a veterinarian at the Walcott (Iowa) Veterinary Clinic. In his practice alone, he currently has herds representing about 20,000 sows that are positive for PEDv.

Dr Allison knew he was on to something when he did a literature search and found the topic hadn’t been explored or documented as a route of transmission for PEDv. In talking with others, he picked up on the connection between pigs with PEDv and flies, to see if they transmitted disease.

Intimate relationship between manure and flies

“Flies replicate in moist conditions, that could involve manure, so there’s an intimate relationship between manure and virus and flies,” Dr Allison told the US trade publication Farm Journal’s Pork. “The idea that flies might be a possible vector was immediately obvious. We came up with a plan and started by finding an outbreak and trapping flies to see if the flies were positive.”

The flies were positive for PEDv via a Polymerase Chain Reaction (PCR) test. “In and of itself, that doesn’t prove the virus on those flies is live, it just means the DNA of the virus is there,” Dr Allison said. “You really can’t recommend fly control to clients based on that evidence. You have to show a positive fly can carry contagious virus, so that’s where the bioassay comes in.”

A bioassay shows the transmission of virus or potential virus to live pigs that don’t have the disease. If they get the disease, the virus was contagious. To condense down to one answer, the bioassay was positive, so it appears flies can transmit PEDv, and can infect negative pigs, Dr Allison said.

As far as a comprehensive control programme is concerned, Dr Allison said there are basically 2 options, in his opinion.

“You’ll have to use some kind of fogger, mister or spray that’s going to be used extensively and routinely, or you’ll use a larvicide in the feed,” Dr Allison said. “I’m concerned about fogging or misting in terms of worker safety and health, so I’d look at the in-feed larvicide first.”

“At the end, it’s what was in or on the fly that infects pigs,” Dr Allison said. “In a clinical sense – it’s not the fly that’s important. The pig is not going to eat all those flies, but flies are continually on their feed and water, on their backs and ears. The fact that the liquid fly attractant was contagious is extremely important. In an infectious model at the barn level, where the fly goes is where transmission is likely happening.”

Minimising the source of infection

Dr Allison was happy to be part of the project. “I’ve been in practice for 30 years, and I’ve never been involved with documentation of how a disease is transmitted,” he said, adding what they learned about flies as a vector is on par with the discovery PEDv could be transmitted to pigs via feed ingredients or through contaminated surfaces.

“It’s important that you know what could be the source of infection and do your best to minimise it,” Dr Allison said. “If you don’t know flies transmit it, then you’re not going to control flies. Now, maybe you should think about it, because flies are a vector, just like a dirty truck.”

“Add this to the list of those routes of transmission,” he added. “I’m pretty sure no one has really paid much attention to flies as a vector because they haven’t for the last 30 years, but producers and their veterinarians had better be thinking about it now. Ignore it at your peril.”

This article is an edited version of a publication on the US swine platform Farm Journal’s Pork, re-published with permission. 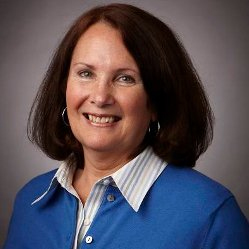