Searching for the ideal weaning age

Weaning age is very important for a piglet’s health and its later performance as a finisher pig. The right moment plays an important role in the pig’s robustness and resilience. A later weaning age can even lead to a reduced need for antibiotic usage.

In nature, wild boar usually wean at an age of three to four months, with the process being a gradual one. For domesticated pigs, things are different. After all, weaning age is usually a lot lower and often weaning happens abruptly. All that will tremendously impact pig health.

Over the course of years, there have been various trends in weaning age across the globe, going from extremely young to relatively old, and with differences between various countries. For instance, in research from 2012 and 2013, there was an average weaning age of:

In this research, the minimum was at 19 days in Belgium. The type of week system used there often has a big influence on weaning age. Figure 1 shows the average weaning ages per week system, using research data from a 2014 study in Belgium.

In the European Union, legal minimum requirements for pigs can be found in EU directive 2008/120/EEC. With regard to weaning age, the directive says, “No piglets shall be weaned from the sow at less than 28 days of age unless the welfare or health of the dam or the piglet would otherwise be adversely affected. However, piglets may be weaned up to seven days earlier if they are moved into specialised housings which are emptied and thoroughly cleaned and disinfected before the introduction of a new group and which are separated from housings where sows are kept, in order to minimise the transmission of diseases to the piglets.”

In short, according to legislation, weaning has to happen on day 28 or beyond – and only in exceptional cases weaning is allowed at 21 days, on the condition that the right circumstances apply. Weaning prior to 21 days is never allowed.

Influence of weaning on farm results

At weaning, two big changes occur for piglets: a change of diet and weaning stress.

Normally, a pig of a sow having a conventional milk production will only drink milk in the first 13-15 days of its life and not consume a lot of feed. Should weaning move to three weeks, then piglets only have one week to get used to the transition, whereas especially a normal pig is increasing its feed intake between three and four weeks of age. In addition, older pigs can more efficiently absorb nutrients as their gastro-intestinal tract is more mature.

Weaning stress comes into existence as many things change. Think of:

• Loss of maternal protection as sow milk-derived antibodies will be absent;

• Change of diet and consumption behaviour.

Back in 2009, the Spanish swine consultant José Barceló stated that piglets weaned at three weeks will be more vocal (e.g. by ‘crying’) after weaning (3.6 times per minute) compared to piglets weaned at four weeks (2.3-2.9 times per minute). In a study comparing weaning at four and seven weeks respectively, the stress hormone cortisol was lower at weaning at seven weeks when compared to four weeks. In addition, earlier-weaned piglets will display unpleasant behaviour like tail biting, ear sucking, breaking out, pushing, biting and nose thumping.

Piglets weaned at an older age will be heavier as well. These animals will often have a more efficient growth and lower mortality figures. At a too young weaning age, however, a growth check can be the result around weaning. That effect can continue into the finisher phase, where a worse growth in virtually the entire pig life can be observed. José Barceló, in 2009, even stated that for optimal performance in the finisher phase, a piglet should have an average weight of 7.5-8 kg, of which less than 10% of the animals should weigh less than 6 kg. A figure which is virtually impossible to achieve with weaning at 21 days. It is, however, possible with weaning at 28 days.

With regard to sow performance results, weaning later also provides an advantage in relation to the next litter. José Barceló stated that with Spanish data, an economic improvement of € 6 per pig can be achieved, should there be weaning at 28 days instead of at 21 days.

Weaning age and antibiotic use

In the study mentioned earlier, comparing pig farms in Belgium, France, Germany and Sweden, there was also attention paid to antibiotic usage on the total phase from birth to slaughter. Farms weaning at a younger age, often used more antibiotics between birth to slaughter. The idea behind that is – once more – that with weaning at a higher age the piglet will be more robust and more resilient. The animal will therefore be less susceptible for pathogens, resulting in lower need for antibiotics. In Scandinavia, often the weaning age is higher and these countries happen to be the most modest users of antibiotics in Europe.

In a very recent project in Flanders, Belgium, in total 16 farms focused on reducing antibiotic usage for a time frame of roughly nine months. Seven of these farms managed to send the majority of their pigs to the slaughterhouse completely without the usage of antibiotics – from birth to slaughter. Remarkable: on average these seven farms had a weaning age of 26 days – compared to an average weaning age of 23 days of those nine farms that ‘only’ managed to reduce antibiotics usage. More proof that weaning age and antibiotics usage are correlated. 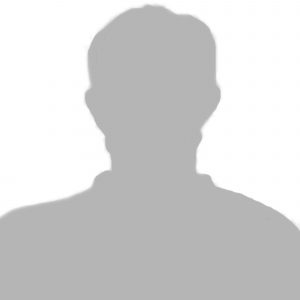