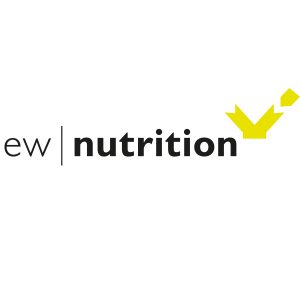 Over the past 60 years, antibiotics have played an essential role in the swine industry as a tool that swine producers rely on to control diseases and to reduce mortality. Besides, antibiotics are also known to improve performance, even when used in subtherapeutic doses. The perceived overuse of antibiotics in pig production, especially as growth promoters (AGP), have raised concerns from governments and public opinion, regarding the emergence of multidrug-resistant bacteria, adding a threat not only to animal but also human health. The challenges raised regarding AGPs and the need for their reduction in livestock led to the development of combined strategies such as the “One Health Approach”, where animal health, human health, and the environment are interlaced and must be considered in any animal production system.

In this scenario of intense changes, swine producers must evaluate strategies to adapt their production systems to accomplish the global pressure to reduce antibiotics and still have a profitable operation.

Many of these concerns focus on piglet nutrition, since the use of sub-therapeutic levels of antimicrobials as growth promotors is still a regular practice for preventing post-weaning diarrhoea in many countries. Taking that into consideration, this article serves as a practical guide to swine producers through AGP removal and its impacts on piglet performance and nutrition Three crucial points will be addressed:

Discussions on the future of the swine industry include understanding how and why AGP removal became such important topic worldwide. Historically, European countries have led discussions on eliminating AGP from livestock production. In Sweden, AGPs were banned from their farms as early as 1986. This move culminated into a total ban of AGPs in the European Union in 2006. Other countries followed same steps. In Korea, AGPs were removed from livestock operations in 2011. The USA is also putting efforts into limiting AGPs and the use of antibiotics in pig farms, as published in guidance revised by the Food and Drug Administration (FDA, 2019). In 2016, Brazil and China banned Colistin, and the Brazilian government also announced the removal of Tylosin, Tiamulin, and Lincomycin in 2020. Moreover, countries like India, Vietnam, Bangladesh, Buthan, and Indonesia have announced strategies for AGP restrictions.

The major argument against AGPs and antibiotics in general is the already mentioned risk of the development of antimicrobial resistance, limiting the available tools to control and prevent diseases in human health. This point is substantiated by the fact that resistant pathogens are not static and exclusive to livestock, but can also spread to human beings. Moreover, concerns have been raised regarding the fact that antibiotics in pig production are also used by humans – mainly third-generation antibiotics. The pressure on pig producers increased and it is today multifactorial: from official regulatory departments and stakeholders at different levels, who need to consider public concerns about antimicrobial resistance and its impact on livestock, human health, and the sustainability of farm operations.

It is evident that the process of reducing or banning antibiotics and AGPs in pig production is already a global issue and increasing as it takes on new dimensions. As Cardinal et al. (2019) suggest, that process is irreversible. Companies that want to access the global pork market and comply with increasingly stricter regulations on AGPs must re-invent their practices. This, however, is nothing new for the pig industry. For example, pig producers from the US and Brazil have adapted their operations to not use ractopamine to meet the requirements from the European and Asian markets. We can be sure, therefore, that the global pig industry will find a way to replace antibiotics.

With that in mind, the next step is to evaluate the consequences of AGP withdrawal from pig diets and how that affects the animals’ overall performance.

Consequences in piglet health and performance

Swine producers know that weaning pigs is challenging. Piglets are exposed to many biological stressors during that transitioning period, including introducing the piglets to new feed composition (going from milk to plant-based diets), abrupt separation from the sow, transportation and handling, exposure to new social interactions, and environmental adaptations, to name a few. Such stressors and physiological challenges can negatively impact health, growth performance, and feed intake due to immune systems dysfunctions. Antibiotics have been a very powerful tool to mitigate this performance drop. The question then is, how difficult can this process become when AGPs are removed entirely?

Many farmers around the world still depend on AGPs to make the weaning period less stressful for piglets. One main benefit is that antibiotics will reduce the incidence of PWD, with subsequent improved growth performance. The weaning process can create ideal conditions for the overgrowth of pathogens, as the piglets’ immune system is not completely developed and therefore not able to fight back. Those pathogens present in the gastrointestinal tract can lead to post-weaning diarrhoea (PWD), among many other clinical diseases. PWD is caused by Escherichia coli and is a global issue in the swine industry, as it compromises feed intake and growth performance throughout the pig’s life, also being a common cause for losses due to young pig death.

Another study also highlights that the hypothesis of a reduced intestinal inflammatory response is one explanation for the positive relationship between the use of AGPs and piglet weight gain. Pluske et al. (2018) point out that overstimulation of the immune system can negatively affect pig growth rate and feed use efficiency. The process is physiologically expensive in terms of energy and also can cause excessive prostaglandin E2 (PGE2) production, leading to fever, anorexia, and reduction in pig performance. For instance, one study showed an increased weight gain of up to 1.74 kg per pig in animals that received colistin or tylosin in sub-therapeutic levels throughout the nursery. Another study found that pigs medicated with chlortetracycline in sub-therapeutic levels increased average daily gain in 0.110 kg/day. Both attribute the higher weight to the decreased costs of immune activation determined by the action of AGPs on intestinal microflora.

Although AGPs are an alternative for controlling bacterial diseases, they have also proved to be potentially deleterious to the beneficial microbiota and have long-lasting effects caused by microbial dysbiosis – abundance of potential pathogens, such as Escherichia and Clostridium; and a reduction of beneficial bacteria, such as Bacteroides, Bifidobacterium, and Lactobacillus. Furthermore, AGPs reduced microbiota diversity, which was accompanied by general health worsening in the piglets.

It is also important to highlight that the abrupt stress caused by suckling to weaning transition has consequences in diverse aspects of the function and structure of the intestine, which includes crypt hyperplasia, villous atrophy, intestinal inflammation, and lower activities of epithelial brush border enzyme. Also, the movement of bacteria from the gut to the body can occur when the intestinal barrier function is deteriorated, which results in severe diarrhoea and growth retardation. Therefore, nutrition and management strategies during that period are critical, and key gut nutrients must be used to support gut function and growth performance.

With all of that, it is more than never necessary to better understand the intestinal composition of young pigs and finding strategies to promote gut health are critical measures for preventing the overgrowth and colonisation of opportunistic pathogens, and therefore being able to replace AGPs.

Viable alternatives for protecting the piglets

The good news is that the swine industry already has effective alternatives that can replace AGP products and guarantee good animal performance.

A trial conducted at the Institute of Animal Sciences of the Chinese Academy of Agricultural Sciences, China, supplemented weaning pigs challenged by E. coli K88 with a combination of PM (Activo, EW Nutrition) and IgY (Globigen Jump Start). The trial reported that this combination (AC/GJS) showed fewer diarrhoea occurrences than in animals from the positive group (PC) during the first week after the challenge and similar diarrhoea incidence to the AGP group during the 7th and 17th days after challenge (Figure 1).

The same trial also showed that the combination of these non-antibiotic additives was as efficient as the AGPs in improving pig performance under bacterial enteric challenges, showing positive effects on body weight, average daily gain (Figure 2), and feed conversion rate (Figure 3).

The multiple benefits of using IgY in piglet nutrition strategies are also highlighted by Rosa et al. (2015), Figure 4, and Prudius (2021).

Figure 4 – Effect of treatments on the performance of newly weaned piglets. Means (±SEM) followed by letters a,b,c in the same group of columns differ (p < 0.05). NC (not challenged with ETEC, and diet with 40 ppm of colistin, 2300 ppm of zinc, and 150 ppm of copper). Treatments challenged with ETEC: Globigen (0.2% of Globigen); DPP (4% of dry porcine plasma); and PC (basal diet)

AGP removal and overall antibiotic reduction seems to be the only direction that the global swine industry must take for the future. From the front line, swine producers demand cost-effective AGP-free products that don’t compromise growth performance and animal health. Along with this demand, finding the best strategies for piglet nutrition in this scenario is critical in minimising the adverse effects of weaning stress. With that in mind, alternatives such as egg immunoglobulins and phytomolecules are commercial options that are already showing great results and benefits, helping swine producers to go a step further into the future of swine nutrition.