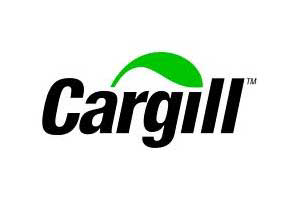 Welfare issues in pig production, like tail biting and aggression, are increasingly important in the eyes of retailers, consumers and government entities. Adverse behaviour is a multifactorial problem, and proper on-farm diagnostics are needed before a solution can be proposed.

Advancements in pig breeding programmes and modern infrastructure in farming have boosted livestock performance. However, this has created an exponential increase in the number of possible factors that need to be considered to efficiently manage the farm.

Social changes (such as regrouping or mixing of pigs), climate, housing and the environment will all affect behaviour in pig herds leading, for example, to tail biting. Research has identified multiple potential causes of tail biting and aggression in pigs. If these are added together, it is clear that there are many opportunities for abnormal behaviour in pigs.

The complexity of the problem is exemplified by an open dialogue between scientists and Dutch pig farmers that revealed differences in their understanding of welfare-related issues, such tail biting. Figure 1 shows that producers typically consider the environment, stocking density and health as the key causes for behavioral-welfare problems. While researches have ranked boredom, with the inability of pigs to express their natural behaviour, significantly higher than any other single factor.

In a study carried out by Cargill where four farms were monitored, it was found that tail biting and aggression do not ­necessarily occur simultaneously. Farm A, for example, experienced high risk of tail biting until the mid-fattening period (Figure 2), while at the same time the level of aggression was the lowest among the four farms. Aggression also followed different patterns on different farms as pigs moved along the production phase.

Managing behaviour and aggression involves many factors, including diet, management and environment. Any weak links must be avoided, and the pigs’ requirements must be met to prevent abnormal behaviour. If we focus on just one weak point we will not solve the problem.

Figure 2 – Development of the risk of the onset of tail biting (left) and
aggression (right) over time by farms.

To help pig producers manage this complex problem, Cargill has developed a risk assessment tool (RAT). This tool allows the main triggers of abnormal pig behaviour to be identified, enabling a farm-specific programme to be developed that aims to reduce the negative impacts on animal welfare.

The RAT is used to score a range of risk factors, weighted to the life stage of the pigs being scored. For example, pre-weaning management factors would be very relevant in assessing aggression in piglets, but it would have a lower impact, so lower weighting, in grower-finisher pigs.

RAT is easy to use on farms, and it gives farmers a precise prediction of the risks of abnormal behaviour in their own units. It enables advisers to offer specific advice on improving aspects of management and nutrition. With this approach, both farmer and adviser can also monitor progress over time.

Poor management practices can generate stress and aggression from early in life. Young piglets that have to compete for food, or are in a poor environment or are subject to excessive handling will suffer setbacks in performance. They will be more prone to aggressive behaviour in later life, such as prolonged fighting after mixing. Mixing of groups throughout life can be stressful because each mix requires pigs to form a new hierarchy.

Investigations into pig behaviour have identified that boredom carries a high risk score of more than 50%. Where adequate materials are provided, at the correct height and in the right place, that enable pigs to chew, move or eat and where competition for these materials is limited, aggression and tail biting is lower than in situations where these enrichment ­materials are missing or limited.

Literature reviews support the links between nutrition and behaviour that have been identified in trials. While nutrition is not a silver bullet for reducing all aggressive behaviour, it has been shown to play an important part in supporting efficient and more welfare-friendly pig production across ­different age groups.

A trial at Cargill Innovation Center in the Netherlands compared the ratio of two essential amino acids, tryptophan and lysine. Post-weaned piglets were mixed twice, on day 22 and on day 38, to create a social challenge, and body lesion scores were assessed. The batch receiving the higher level of tryptophan in the ration showed lower body lesion scores. Tryptophan has a role in the production of the hormone serotonin that is known to lower cortisol levels.

Figure 3 shows that the groups of pigs with the highest level of tryptophan in their diets spent more time lying down and, therefore, less time exhibiting aggressive behaviour.

Carefully developed combinations of herbs with specific properties can reduce stress and anxiety and lead to a calmer environment by acting on brain activity, modulating and inhibiting certain pathways that are linked to the stress response and secretion of hormones. Other plants have been shown to be beneficial in reducing oxidative stress in pigs. These products, which work in a complementary way, can also have anti-inflammatory properties and various other effects linked to welfare.

Figure 3 – Effect of Tryptophan on post-weaning piglet behavior before
and after mixing.

The relevance of welfare and sustainability

Consumers, producers and pig industry stakeholders have realised the relevance of animal welfare and sustainability. With welfare issues in pig production, such as tail biting and aggression, being multifactorial, there is no single solution. ­Scientific and practical evidence should be used by the whole industry to develop a holistic approach that combines ­management and nutritional solutions.