At weaning, organic acids can play a role in filling the void created by the phasing out of antibiotics. How does that work exactly? What modes of action do organic acids have, and which bacteria are tackled by which acids?

Organic acids are preservatives that also show antimicrobial activity. Furthermore, they aid digestibility of the feed and support intestinal health by positively maintaining the microbiota balance. Organic acids are broadly used in livestock to maintain animal well-being by supporting the prevention of excessive bacteria growth; and quality assurance of raw materials, feeds and drinking water.

Especially in post-weaning diets, the main objective is to focus on challenges. At weaning, the piglets are unable to produce enough endogenous hydrochloric acid to maintain a low stomach pH. This low stomach pH is necessary for 2 important reasons. The first is the creation of a natural barrier to bacteria entering the gastrointestinal tract. The second is the pre-digestion of protein by activating the enzyme pepsin, which takes place only at a low pH.

Those challenges are created by environmental changes when the piglet is separated from the sow and re-grouped with different litters (causing stress) and by the physiological change from weaning into a solid, less digestible diet.

In the past, antibiotics were used as the main strategy to overcome the post-weaning phase. In recent times, with the increasing concern about antibiotic usage, alternative solutions have received greater attention.

Organic acids can play a role as part of these alternative solutions to antibiotic usage. They can do this in the gut through 2 different pathways. Firstly, some organic acids are known to facilitate an easier transition at weaning by lowering the gastric pH of the piglets, leading to conditions that are unfavourable for the growth of potentially harmful bacteria and favourable to beneficial bacteria, such as lactobacilli and bifidobacteriae.

Secondly, the organic acids’ bacteriostatic and bactericidal effects play a key role by supporting animal well-being. The right inclusion and combination of the acid blend will play an important role in its efficiency. For example, when combining short-chain fatty acids (SCFA) with medium-chain fatty acids (MCFA), different bacteria in the gastrointestinal tract are targeted.

SCFA can influence pathogenic gram-negative bacteria such as Escherichia coli, Salmonella, Klebsiella and Enterobacteriaceae by passing through the bacterial cell membrane in their undissociated or neutrally charged state. Once inside the bacterium, they will dissociate in the alkaline environment. That leads to increased osmotic stress and activation of the proton pumps, which will eventually exhaust the bacterium.

With regard to pathogenic gram-positive bacteria, such as Clostridium, Staphylococci and Streptococci, MCFA penetrate and cause lysis of the bacterial cell membrane as well as decrease the bacteria’s energy production.

Trial with 2 blends of acids

Wisium, the premix and services brand of ADM, has created a full portfolio of organic acid solutions, called Acidulik. Under that portfolio, a set of solutions, named Acidu’fit, has been formulated to help maintain a well-balanced microflora which can be used in the different stages of animal production, either in water or feed.

In a trial conducted in the Netherlands (see Table 1), the performance of 2 batches from the second stage of weaning (20–40 kg) was compared with those blends of acids. The control group was provided with a control diet of formic and lactic acids. The treated group received a combination of organic acids and SCFA of 90% lauric acid and glycerol monolaurate (GML).

As can be seen in Table 1, the group treated with organic acid plus SCFA had a numerical improvement in average daily gain and feed conversion ratio. The blend of lauric acids and GML inhibits the pathogenic microbial flora. This leads to more nutrient being available for animal growth. Although GML is rapidly hydrolysed by the bacteria, the lauric acid is metabolised slowly. It is thus present in the gastrointestinal tract for longer.

In summary, by combining different organic acids using SCFA and MCFA, it is possible to provide a more complete lowering of the pH and improve feed digestion, avoid pathogenic bacteria and ease the transaction to ensure a safe start for piglets. 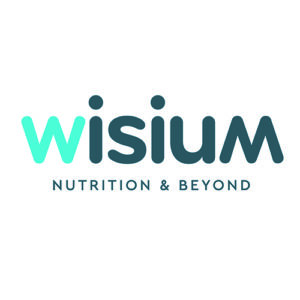 How do we define optimal gut health?