The essential amino acid methionine can be supplied to pig feed using different forms. Most recently, a new form, being feed grade L-methionine, has come onto the market. Recent research says its bioavailability is similar to DL-methionine, which is considered the standard up to now.

The amino acid methionine has a number of functions for pigs. Besides serving as an essential amino acid for optimum growth performance, methionine also plays an important role as a methyl donor for DNA methylation and serves as a precursor for the synthesis of glutathione and taurine involved in antioxidant and immune functions in pigs. Methionine is available in different forms:

• L-Methionine (L-Met; 99% pure) which has recently become available on the market as a methionine source for balancing methionine levels in poultry and swine diets.

These methionine sources are available in the market at competitive prices. Compared with DL-MHA products, less research has been done to compare the relative bioavailability of L-Met compared with DL-Met in pigs. Bioavailability, in simple terms, indicates how much (in %) of a product is required to replace another similar product to achieve the same animal performance.

The knowledge of actual availability of L-Met relative to DL-Met is critical for the economic optimal price difference, methionine specification in the least-cost feed formulation and to achieve optimal pig performance. Recent research has shed some light on the availability of L-Met vs. DL-Met in young pigs.

Effect on pig performance and myogenesis

In 2019, researchers from the Mississippi State University, USA (Yang and others) evaluated the effects of methionine source by feeding two corn-soybean meal based diets, supplemented either with 0.13% L-Met or 0.13% DL-Met on equimolar basis on growth performance and myogenesis-related gene expression of 21-48 kg growing pigs (ten pigs per diet) for four weeks. There were no differences (P>0.50) in average daily gain (ADG), average daily feed intake (ADFI) or gain:feed among pigs fed diets supplemented with L-Met or DL-Met (see Figure 1).

They also found no differences (P>0.25) among pigs fed the two diets in expression of mRNA for selected myogenesis-related genes, such as myogenic differentiation 1, myogenin, myogenic factors 5, and myocyte enhancer factors 2A and 2C in longissimus dorsi muscle (see Table 1). Similar gene expression levels indicate that there was no difference between L-Met and DL-Met in terms of their effects on the muscle development of growing pigs.

Also in 2019, researchers from the University of Giessen, Germany (Zeitz and others) assigned 11-15 kg weaned pigs to six wheat-barley based diets supplemented either with 0.067%, 0.107% and 0.147% DL‐Met or L-Met on equimolar basis for three weeks (33 pens; three pigs per pen). Feed intake, body weight gain and feed:gain were similar among DL-Met and L-Met groups. Based on body weight gain and feed:gain, basically 100% bioavailability was estimated for L-Met relative to DL-Met (Figure 2).

Overall, these results indicate that the conversion of D-Met to L-Met is not a limiting factor because, as reported by the Mississippi State study, substantial activity of enzyme that converts D-Met to L-Met (D-amino acid oxidase) is present in different tissues, such as the kidney, liver, stomach, duodenum, jejunum, and ileum of pigs resulting in similar pig performance.

Figure 2 – Bioavailability of L-Met relative to DL-Met based on body weight gain and feed:gain ratio of weaned piglets fed diets supplemented with DL‐Met (DL) or L-Met (L) for three weeks.

After feeding either L-Met or DL-Met diets for four weeks, the researchers at Mississippi State University did not observe any differences (P>0.19) in plasma concentrations of free amino acids (Figure 3), urea nitrogen (N), total protein, albumin, glucose, and triglycerides (Figure 4) indicating that amino acids, lipid, and energy metabolism were not affected by adding L-Met or DL-Met.

Similarly, the team at the University of Giessen reported that plasma concentrations of L‐Met were similar, and those of D‐Met and total methionine were higher in piglets fed DL‐Met compared with those fed L‐Met (data not shown).

Figure 4 – Concentrations of selected metabolites in plasma of pigs after feeding diets supplemented with L‐Met or DL‐Met for four weeks.

After feeding for three weeks, the team at the University of Giessen observed no differences in gut morphology parameters such as villi height, crypt depth, the villi height:crypt depth ratio in duodenum and jejunum and gene expression of tight junction proteins in the jejunum of pigs fed DL-Met or L-Met diet (see Table 2).

Effects are the same

Overall, these data consistently indicate that the effects of dietary L‐Met and DL‐Met supplementation are not different in terms of pig performance, expression of myogenesis genes, plasma concentrations of amino acids and metabolites and parameters of gut morphology and the antioxidant status in the gut and liver of young pigs. In conclusion, DL-Met and L-Met are equally bioavailable as methionine sources to optimise performance, gut integrity and antioxidant status of pigs. 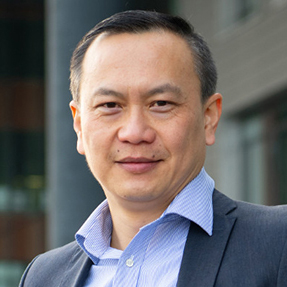 Putting an optimised grower diet to the test