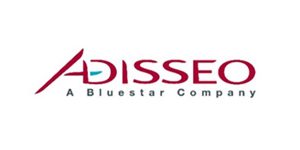 A relatively new approach in piglet nutrition is to see what role sow diets can play in getting the young ones to eat faster. Sensory imprinting plays this role: If sow and weaner diets are linked by the same flavour, young piglets learn to start eating like a pig sooner.

It is well recognised that weaning is the most stressful time in the life of a pig, with many factors having a negative influence on performance and health. A primary contributing factor to problems during this period is poor feed intake and its relationship to the health and welfare of the pig in terms of reduced nutrient intake compromising ­digestion and gastrointestinal functionality.

While pig feeding behaviour has a recognised genetic component, it is also based on learning processes. In general, pigs consume new feed cautiously in small amounts to avoid the possibility of eating something harmful. That process is known as “feed neophobia” and plays an important role in the development of eating behaviour in piglets.

Therefore, piglets need to be educated to eat their post-weaning (starter) feed before weaning, and thus the ­palatability of their pre-weaning (including sow diets) and post-weaning diets need to be matched. Feeding behaviour of the young piglet is crucial to its health, and a better understanding may lead to development of a solution for ­mitigating the negative impact of weaning stress.

Depending on older family members

Apart from dietary selection through a trial-and-error process of individual learning, young animals also rely on older, experienced family members for information on what to include in their diet. When learning about novel feed, young animals may direct more attention towards their mother.

In general, piglets can learn how to eat like a pig from the sow, during the postnatal stage. Studies that have examined how piglets react to new feed with or without the presence of their mother have revealed that the sow has a major influence in the learning behaviour of the piglets, as her presence during exposure to novel feed items reduces neophobia.

In commercial settings, piglets are in one pen with the sow in the farrowing rooms and are quite often exposed to feed spillage and the flavour of sow feed. Therefore, it is not unreasonable to assume that linking the same flavour in the feed of the weaning pig with the feed of their dams would result in a higher feed intake of the newly weaned pig as the flavour is already familiar to them. That effect is commonly referred to as sensory imprinting.

As sow productivity has sharply increased over the last 20 years, energy requirements of lactating sows need to be reassessed to ensure optimal sow welfare and productivity on the one hand and litter health and growth on the other. Highly prolific sows have large litter sizes, meaning that the demand for milk by the suckling piglets results in higher energy requirements by the sow. Therefore, optimal feed intake is critical to sow and litter performance, particularly during lactation, when inadequate sow feed intake can lead to poor litter weights and thin sows at weaning. To that end, Adisseo developed Krave AP, a solution for adult pigs. This feed additive improves feed palatability to ensure optimal feed intake and increases sow milk production resulting in heavier and more uniform litters at weaning.

Low piglet feed intake before weaning is often followed by poor dry feed intake after weaning. This is accompanied by disruption in gut health, including dysbiosis, reduced performance and compromised health. Another Adisseo solution targets that part: Delistart is a solution for young piglets, consisting of a combination of flavourings, appetising substances and sweeteners. It was developed for inclusion into creep and starter feeds to provide specific taste cues that will stimulate solid feed intake in young piglets.

To put both to the test, a study was conducted to investigate the effects of a flavour in diets of highly prolific lactating sows on sensory imprinting effects on post-weaning performance of piglets when fed either a sweetener or a flavour like the sow received. The study was set up as a 2×2 factorial designed experiment. The treatments are illustrated in Figure 1.

Figure 1 – Investigating the effects of flavour in diets of sows and piglets.

For the trial, 182 highly prolific sows were randomly assigned to two replicates of 91 sows; within each replicate, sows and litters were distributed in a factorial designed experiment among the four treatments shown in Figure 1. The duration of the treatment was for the entire lactation period (23 days). Cross-fostering was applied within the first 48 hours after farrowing to standardise the litter size at 15 piglets. Diets were based on corn and soybean meal. The trial period for the ­piglets lasted from weaning to seven days post-weaning.

The individual piglet performance and the pen performance were recorded during the nursery and the post-weaning periods. During the nursery period, piglets in group 4 outperformed their counterparts in all the other groups as reflected by a 29% increase in feed intake and 40% increase in average daily gain (ADG). During the post-weaning period a significant (p<0.05) interaction between the sow treatment and the piglet treatment was observed for average end weight, adg and total feed intake of the individual piglet as well as of the litters, indicating that feeding piglets with a starter feed containing a flavour like the one the sow received facilitated their weaning transition and improved their feed intake.>

Adisseo is a global leader in animal nutrition with an annual revenue of US$1.55 billion and more than 2,500 clients. Our mission is to provide products and services for animal feed additives with the best guarantee of safety for people and the environment. More about Adisseo

Adisseo is a global leader in animal nutrition with an annual revenue of US$1.55 billion and more than 2,500 clients. Our mission is to provide products and services for animal feed additives with the best guarantee of safety for people and the environment. More about Adisseo