Improving the use of fibre in pig feed

Much is being said about fibres in swine diets these days, but let us take a step back. What exactly are dietary fibres, why do diets have different levels of fibre content and how to step up fibre utilisation?

Much controversy exists regarding the physiological effects of fibre on swine production because the term ‘fibre’ is not always clearly defined. Chemically, crude fibre analysis accounts for small amounts of hemicellulose, some amounts of cellulose, and most of the lignin present in the cell wall of plant materials. Crude fibre, however, is of limited value to swine nutritionists because it does not offer meaningful information regarding its potential physiological benefits to the animal. Other methodologies to analyse the fibrous components in feedstuffs and feeds include:

Physiologically, TDF exerts negative and positive effects in animals. The physicochemical characteristics of TDF may affect the water binding capacity, bulk density, swelling, and viscosity, and these may confer negative effects to pigs. For example, high levels of NSP may increase digesta viscosity which is associated with reduced digestion and absorption of nutrients. The reason for this, is because higher viscosity prevents the interaction between endogenous enzymes and nutrients, thus acting as a physical barrier which precludes efficient digestion.

Diets with high TDF may also lead to an increase in endogenous losses of nitrogen because epithelial cells in the gut are stimulated to proliferate due to high viscosity of diets. Bulk density also plays a role in the energy utilisation of pigs because it affects feed intake and the ability of pigs to consume sufficient energy to maintain growth.

Additionally, bulk density affects the weight of the gastro-­intestinal tract of pigs, thereby affecting the amount of energy necessary for maintenance. Besides the potential problems regarding high TDF in diets, recent research has shed light into its potential benefits for animals. Many studies have demonstrated that fermentation of TDF in the large intestine promotes the growth of beneficial bacteria such as Lactobacillus species. These observations were generally associated with reduction in the incidence and severity of post-weaning diarrhoea.

It has been shown that pigs fed diets containing barley or oats have an increased population of Lactobacillus species and Bifidobacterium species. These shifts in microbial population are likely associated with the β-glucans present in barley and oats, which have been shown to support the growth of beneficial bacteria at the expense of harmful bacteria. The positive effects of fibre on promoting gut health, however, may be associated with the type of fibre substrate available for fermentation as some studies have also reported a ­negative impact on gut health.

The amounts of fibre in feedstuffs vary considerably within and between plant species (Tables 1 and 2). Moreover, the type of fibre may also vary, thus affecting how fibre can be utilised by the animal.

There is also some variation on the fibre concentration in by-products from the biofuel industry because the amount of fibre present in such feedstuffs depends, in part, on the processing condition of raw materials and the ability to convert starch into fuel, among other reasons.

Improving the use of fibre in feedstuffs

Multiple approaches have been used by the feed industry to improve utilisation of fibre in feedstuffs. Use of exogenous carbohydrases are likely the most used in practice but successful implementation of this practice is highly dependent on the ability to characterise and understand the fibrous composition of different feedstuffs and diets and the inherent properties of enzymes. Among carbohydrases, xylanases are likely the most utilised exogenous enzyme, because arabinoxylans (which are degraded by xylanase) make up the majority of the NSP present in cereal grains.

Carbohydrases have the ability to degrade the soluble fibre in feedstuffs and consequently reduce gut viscosity, thereby improving the absorption of nutrients. Other technologies such as mechanical, thermal, and chemical processes have been employed to improve the utilisation of fibre in feedstuffs. For example, the solubility and digestibility of NSP may be improved when roller milling is used compared with hammer milling. Extrusion has also been shown to increase the digestibility of energy in distillers dried grains with solubles (DDGS), which may reflect an improvement in fibre utilisation.

Fibre-rich feedstuffs are becoming more prevalent in diets for pigs. The ability to precisely characterise and quantify the different fibre fractions within feedstuffs is paramount for successful utilisation of such feedstuffs. The interactions between fibrous components, gut microbiota, and the use of exogenous carbohydrases, and how they affect not only nutrient and energy utilisation but also gut health should be the focus of future research. 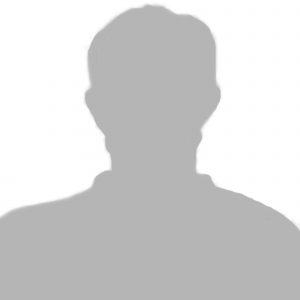